When you’re learning how to play the piano, finger exercises are especially important–especially if you’re having trouble controlling that pesky fourth finger! Learn the steps to take in this guest post by Ann Arbor, MI teacher Amy C...

When I first began to learn piano, my fourth finger seemed bent on being anywhere but on the keys. Whenever I was not using it, the fourth finger–and by extension, the fifth finger–simply floated in midair, hovering above the ivories. This meant that whenever those fingers were needed, they were nowhere to be found. To sum it up, this was no good!

My piano teacher devised many ways to make my fingers stay where they were supposed to. Sometimes she would place a penny on the backs of my hands and make me play scales that way. If my bridge began collapsing, or my fingers began doing funky things, the penny inevitably began to slide off. Honestly, the activity made me giggle, and I often could not get through it for that reason.

In any case, my fourth finger woes didn’t last long. Through a combination of scales and rigorous practice, it was soon where it needed to be at all times.

Recently, though, I had a similar problem with one of my own piano students, and the habit was particularly difficult for him to shake. No matter how often I corrected him, no matter how rigorously he practiced his scales and pieces, this particular child could not seem to keep his fourth finger from hovering over the keys whenever he played.

I was starting to wonder if we would ever overcome this obstacle when my mother, who is also a piano teacher, revealed to me a simple exercise that solved my student’s problem within the space of a couple weeks at most. Here are the simple steps to taming that flyaway fourth finger:

If you play this piano finger exercise every day before practicing, you will likely begin to see results very quickly. Everyone knows that it can be hard to force ourselves into positions that feel unnatural, which is why strengthening exercises such as this one are so important. There is no doubt that poor hand position keeps you from moving forward with piano, but don’t get frustrated if you or your children are struggling–with this easy exercise, those hands will ultimately learn to do what we want them to! 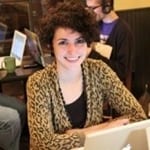 4 thoughts on “Beginner Piano Exercises: How to Tame the Flyaway Fourth Finger”