Curious about ragtime piano music? Read on as music teacher James W. shares a quick introduction to the genre, and the 5 iconic pieces you should know!

Ragtime piano music is characterized by its syncopated rhythm, which simply means that the accent is unexpectedly placed on the off beat, like the 2nd beat and the 4th beat in a 4/4 time rhythm. This “offbeat” style became famous at the turn of the 20th century with songs written by Scott Joplin like “The Entertainer” and “Maple Leaf Rag”, which influenced many ragtime composers with its harmonic patterns and melody lines. Ragtime is considered to be “the American equivalent of the minuets of Mozart, the mazurkas of Chopin, or the waltzes of Brahms.”

Here are more details about ragtime piano music – including some tips on how to get started with playing it! 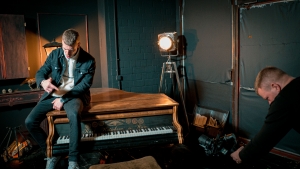 What are the musical elements found in ragtime piano music? It has a:

Influenced by African American banjo styles, the off-beat dance rhythms of the cakewalk, minstrel-show songs, and even certain elements of European music, ragtime piano music is definitely something you should consider learning.

The best way to do that is by taking piano lessons – but it never hurts to watch videos of the greats, either. Even watching ragtime piano tutorials can help. Here’s an example of what we’re talking about:

What Are the Songs of Ragtime? 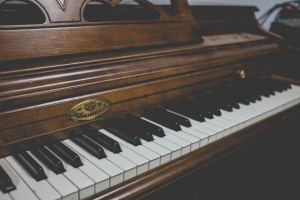 For aspiring young piano players interested in ragtime piano music, here are five iconic pieces to learn today that are a wonderful introduction to the genre.

We are lucky this even exists. It is from a “pianola” roll played by Scott Joplin himself, found by chance years ago in the wrong box! With this song everyone stopped what they were doing and a craze for the piano style was born. The emotional impact is unstoppable, and was strong enough that leisure time activities after that often included ragtime piano. If you played this style in the 1970s revival, you were the “rock star of the day.” Its melody and rhythm are infectious and timeless.

2. “The Entertainer” – Complete Works of Scott Joplin as played by Richard Zimmerman

A treasure trove of Joplin goodies. If you listen only to the first three bars of this song, I bet you’ll be hooked for life on the style. It is so inviting…

Bonus: Learn how to play “The Entertainer” here!

This delightful little ditty from 1916 should charm anyone young or old. The 2/4 timing draws the listener in. It makes us want to play it faster and move around the room. A surefire hit.

Check out the video below to see Max performing his favorite tunes. Here we send ragtime uptown and make the storytelling more important and accessible to the New York society folk.

This is a rare treat featuring this piano master playing live in Berlin, Germany in 1972. “Wild about Harry” in particular is notable (forgive the pun) as it became a standard, meaning everyone played it everywhere. Eubie himself reaped the rewards of royalties after joining a performing rights organization. His style adds a “cool” flavor and aims to please.

An accomplished piano virtuoso, Marvin Hamlisch was top of his game back in the 1980s and 1990s, playing all over the world, wearing white gloves to protect his hands. He played the Scott Joplin tunes for the movie The Sting, which helped to create the ragtime revival of the 1970s. Hamlisch’s touch on piano was rivaled only by Billy Joel and Elton John. Worth every bit of your attention, he was a modern master — so listen carefully and you will learn a lot. 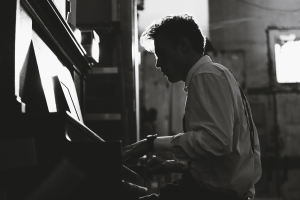 How to Play Ragtime Piano 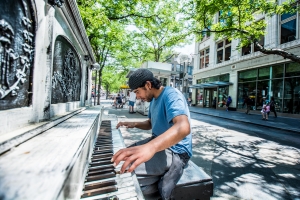 Feeling inspired? If you want to learn how to play ragtime, let your piano teacher know! The syncopated rhythms can be tricky to master, so your teacher can help you with specific exercises to improve your skills.

You can also find additional information about ragtime here: 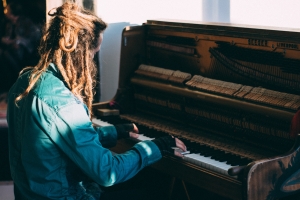 On the hunt for easy ragtime piano sheet music to help you learn the basics of this fun musical style? Here are some great resources:

Of course, you can always ask your piano teacher for help in finding free ragtime piano sheet music, too! Don’t be afraid to reach out – and start learning ragtime piano music today.

Readers, what ragtime piano pieces are your favorites? Let us know in the comments!