Want to try playing piano by ear? Follow these four simple steps from Newport Beach, CA teacher Patricia S. and you’ll be playing your favorite songs in no time…

Ear training doesn’t need to be difficult or boring. You can have fun, learn techniques for playing piano by ear, and learn a little bit about music theory all at once! And you need to know very little about the piano to do it.

To start, find a song with a good melody, and one that isn’t too fast. Pick a slow song or ballad. It’s best if you have some kind of a media player, like an iPod, iPad, or even YouTube handy, to play the song while you are working. You’ll need to know how to stop the track you are listening to and rewind sections of it. Oh! And, of course, have some kind of a keyboard or piano to play on.

Don’t worry if you’ve never had a piano lesson. If you have two hands and at least four fingers you can do this.

Step 1: Listen a LOT to the melody of the song. Then, listen only to a small section. As you listen, poke around on the keys to find notes that sound like they belong in the tune. Enjoy the process of discovering your song. Don’t forget the black keys! The melodies to most songs fall right in the middle of the keyboard. That’s a good place to start hunting. Be sure to listen in small sections, or you might become frustrated. Finding the notes in a song, alone, is an excellent way to start training your ear.

Step 2: With your right hand, play your song without listening to your media player. Uh-oh! Which fingers do you use? While learning to use efficient fingering is a skill to be learned later, we aren’t too concerned about that right now. Here’s a tip: place your hand so that the lowest notes in your song – those toward the left side of the keyboard as you face it – are closer to your thumb. Reserve the higher notes – those toward the right side of the keyboard – for your pinky finger. If most of the notes go much lower, or much higher, adjust the position of your hand accordingly. Or, you can just play through your melody with one finger for now.

Step 3: Now we get to the music theory part. To harmonize your song, or add body and fullness beneath the melody, play chords with your left hand. You will play these with your thumb, your middle finger and your pinky.

The notes in the chord need to be evenly spaced. Look at your keyboard — we’ll build a chord starting from the note “C” to get you started. Find a patch with two black keys – not three black keys. The “C” is the white key just barely to the left of the two black keys. To help you find “C” there is another white key to the left of it. Place your pinky on “C” and keep it there. Skip a white key and put your middle finger on the next white key. Skip one more white key and put your thumb on the next white key. Now, play all three notes at once. You have played a C Major chord!

Step 4: Play your melody and add some chords with your left hand. Experiment with lots of major and minor chords to see which ones fit.

Don’t worry if you aren’t 100% successful at playing piano by ear at first. Keep at it. You’ll be learning, whether or not you work out your song completely. Try playing the melody to a familiar nursery song like “Twinkle, Twinkle, Little Star” to start. It might be easier to find chords for a simpler song.

Remember to have fun with your experiment. Piano should be fun. And it doesn’t hurt to exercise our minds with a little bit of music theory. Happy playing! 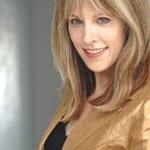 One thought on “4 Easy Steps to Playing Piano By Ear”