Struggling to understand music theory? Try heading over to the piano — seeing a visual representation can help a ton! Here, Lowell, IN teacher Blake C. shares how to get started…

In time, however, I’ve uncovered numerous reasons why music theory is a necessary evil. The three top reasons are: composition, improvisation, and rehearsals. The first two reasons came about because I was fed up with not understanding which notes worked with other notes when I was trying to write a song, and even more frustrated when I tried to improvise on the fly. The third reason I realized when I began to feel like a knucklehead during rehearsals when the keyboardist and bass player were discussing chord progressions, and I had no idea what the heck they were talking about.

Still, it can be difficult for some instrumentalists – especially guitar players – to comprehend music theory. One thing that helped me along the way, though, was putting down my guitar and taking my music theory books to the piano instead. Within minutes, my understanding of music theory began to expand rapidly.

No matter what instrument you play, if you’re struggling with learning music theory, take a step back and head to a piano for a quick lesson.

An Introduction to Piano Theory

To begin, take a look at the keyboard image below and notice the repeating notes in each octave.

Music theory is a way to explain harmony, melody, and rhythm. Using the piano keyboard to learn simplifies it because of the instrument’s layout. A piano keyboard is divided up in half steps, octave after repeating octave, which instantly eliminates the guess work. There are no surprises found on a piano keyboard – each octave repeats the exact same format.

Another factor illustrating the importance of piano theory is the range of the instrument. Think about chord progressions, for example. As you develop your skill on your respective instrument, you’ll eventually be able to identify these chord patterns quickly. However, many instruments do not offer a range as great as the piano. You’ll be able to aurally appreciate chord progressions in a wide range of octaves with the piano.

Those chord progressions also represent harmony. The piano, unlike other instruments, offers you a chance to more completely understand the music theory behind harmony. A flautist, on the other hand, often begins with a more limited understanding of harmony than a pianist does, since the flute is a single-line melody instrument.

Similar to harmony, using a piano will help you understand how enharmonic notes – two note names with identical pitch – align in music. In the image below, one octave of the keyboard is provided and includes the note names for the white and black keys. 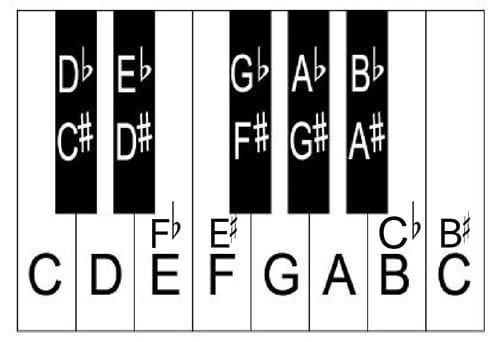 The keyboard notes on the piano are easily understood because they are repeated in the exact same pattern from one octave to the next. Having a visual representation of these enharmonic notes makes it much easier to understand (and then apply to your own instrument).

The final point I will cover is how the piano simplifies learning the key signatures.  Early on in your music theory studies, you will learn the formulas to create scales. You read correctly – formulas. For instance, the formula for a major scale is whole-whole-half-whole-whole-whole-half. To visualize this, using the image below, begin on the first ‘C” on the left and then move up one whole step to the “D” note. Continue using the formula for a major scale to continue up the keyboard until you end on the next “C” note. If you correctly followed the formula, the only notes you would have landed on were natural notes, without accidentals (sharps or flats). The key of “C” has no sharps or flats in the key or the key signature. 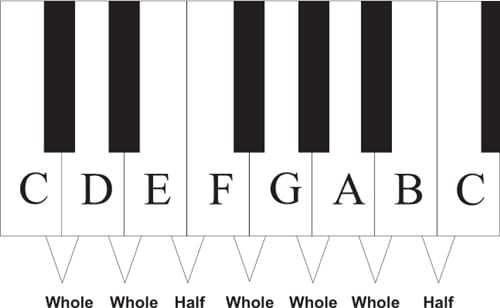 Next, using this last image below, begin on the first “D” note and follow the same formula. If you followed the formula correctly, you would have landed on two black keys during your progression up the scale – F# and C#. For this reason, the key signature for the key of “D” has two sharps – F# and C#. Simple! 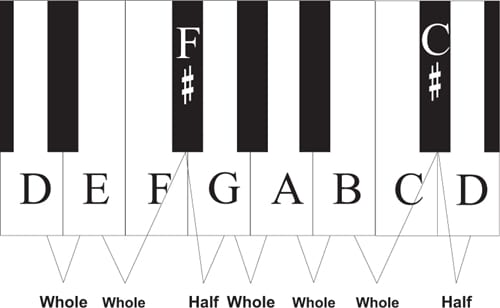 Taking into consideration the simple layout of the piano keyboard, the wonderfully large range, and the piano’s ability to produce harmony, you’ll see these are three big motives to learn piano theory. Best wishes in your musical endeavors, and remember – a quality TakeLessons.com music instructor can help you reach your musical goals more quickly and correctly. 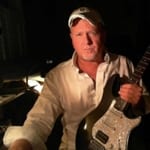 Blake C. teaches songwriting, singing, and guitar lessons in Lowell, IN. He specializes in classical guitar technique as well as modern rock and blues styles. Blake has been teaching for 20 years and he joined the TakeLessons team in July 2013. Learn more about Blake here!