So you want to learn a musical instrument and you’ve narrowed it down to the guitar vs piano. Which one should you play?

One of the biggest advantages to playing the guitar is its quick learning curve, but an equally excellent reason to learn the piano is its layout that helps you understand music theory.

If you’re debating between learning piano vs guitar, here are five important factors to consider about the pros and cons of each instrument.

Already made up your mind? Cast your vote below!

Guitar vs Piano: Which is Better?

The Learning Curve for Piano and Guitar 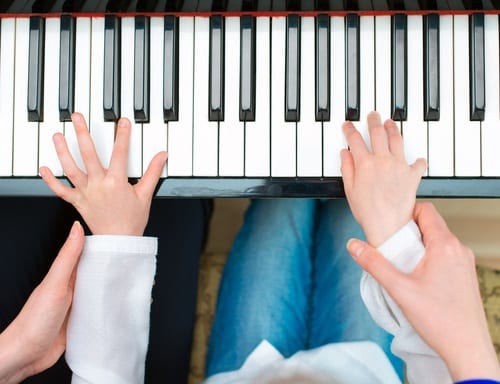 As a beginner pianist, you’ll most likely learn how to play melodies before you learn chords. You’ll learn notes and scales first. Then, you’ll make different combinations of those notes to form chords.

Dealing with scales before chords in this way allows for a more chronological approach to music theory. In contrast to changing keys on the guitar by simply using a capo, on a piano you’ll have to use theory to transpose the key.

Don’t be intimidated by all this, because the piano lends itself toward music theory very well; the linear layout of the instrument is the perfect visual aid. However because you’re learning theory, playing your favorite songs on the piano can take longer than on guitar.

Students who want to start playing songs right away typically lean toward the guitar vs piano. The guitar is an integral part of most pop songs, so it’s easy to find songs you can play once you learn the right set of chords.

Also, if you find that the key needs to be changed to fit your vocal range, you can simply attach a capo to the guitar and use the same chord shapes. While using a capo isn’t necessary to change keys on the guitar, it’s a simplified option that many guitarists use.

Affordability of the Guitar vs Piano 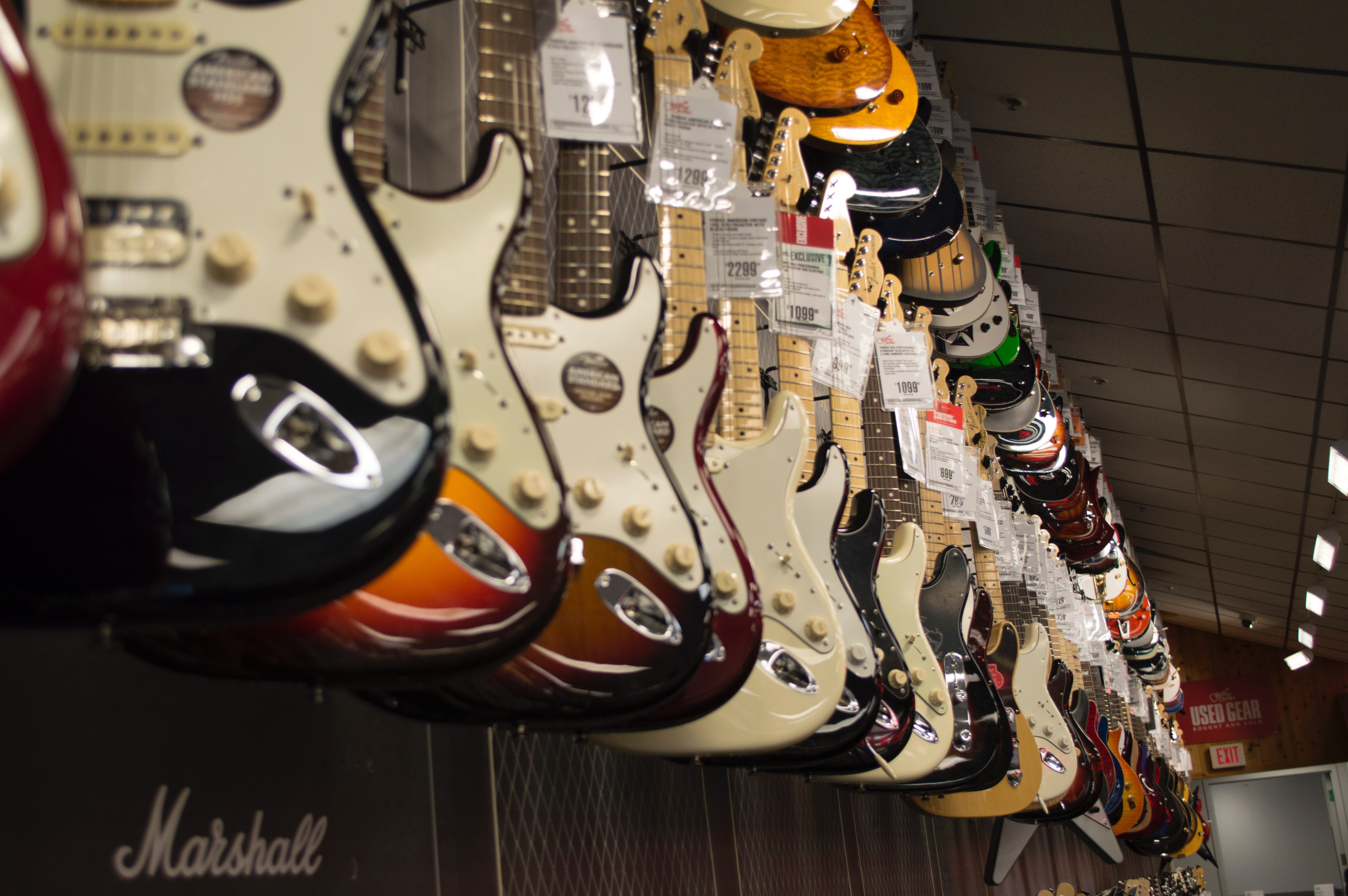 A good starter guitar typically costs between $100-$200. Guitars have become more affordable over the years with competition between local and online music stores. But before buying a guitar, it’s highly recommended that you play it first.

If you happen to be able to afford a guitar between $300-$500, you’ll see a significant improvement in playability and sound. There are many quality guitars available in this range. A guitar in the $500-$1,000 range would be best fit for a more advanced guitarist.

A good beginner keyboard can be found between $100-$200. Factors to consider in this price range are the number of keys and whether they are weighted or non-weighted keys. As a beginner pianist, you can learn just fine on a 61-key keyboard.

As you develop though, the songs you’ll play will require a greater range on the piano. That’s when a full size, 88-key keyboard or digital piano would be needed. Digital pianos are generally around $500-$1,500 and are designed to more closely replicate acoustic pianos in sound and feel.

Lastly, if you can afford it and have room for one, acoustic pianos are the way to go. These start at roughly $1,500 but the unrivaled tone and feel make it worth the investment if you are really serious about learning piano.

Reading Music for Guitar vs Piano 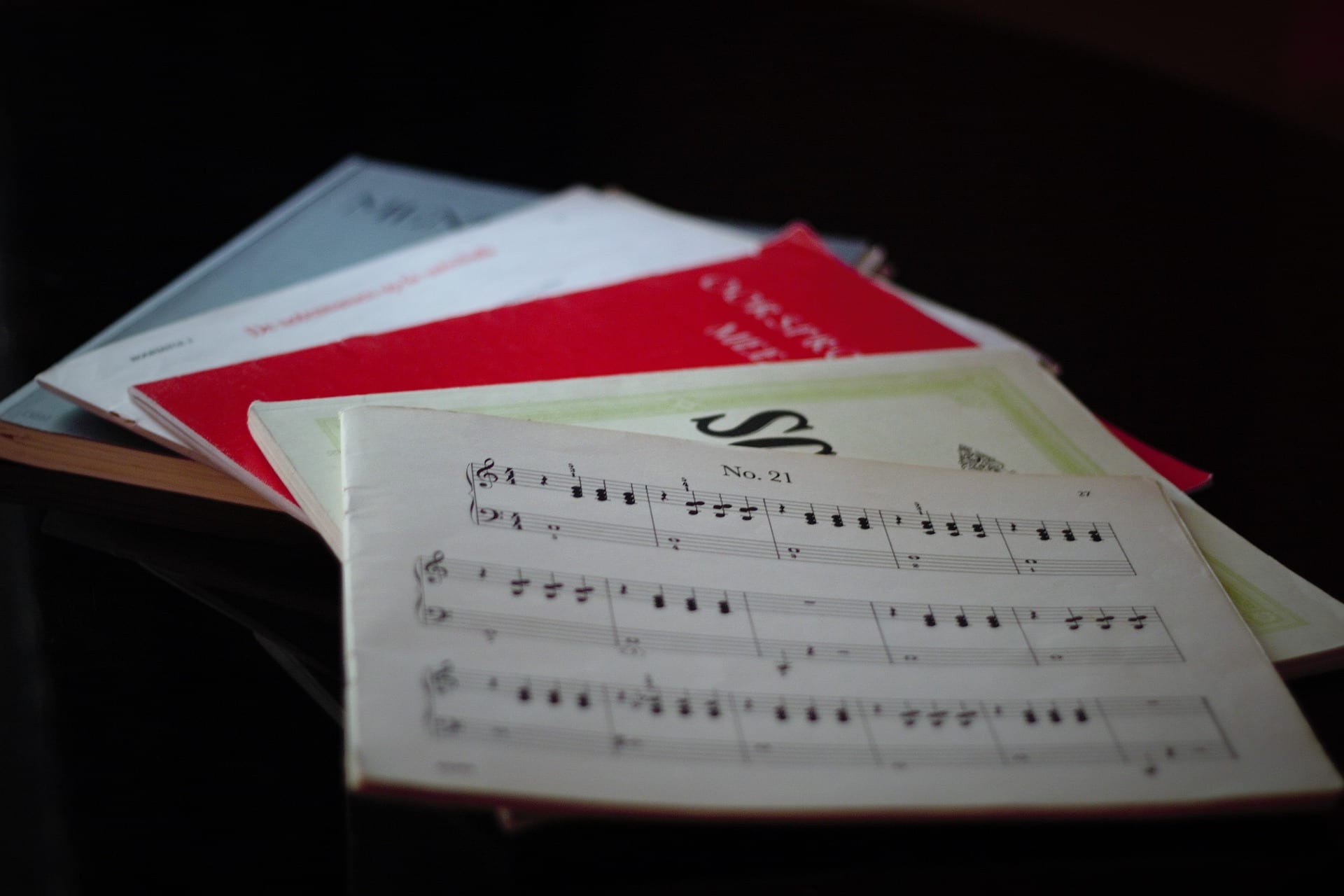 Chord charts are the main form of notation for reading chords on the guitar. They are quick and easy to learn how to read. Chord charts indicate when to play a chord by showing chord names above the lyrics.

The other notation most widely used on guitar is tablature notation, also known as TABs. TABs is a notation that is specific to guitar because it resembles the instrument closely. The six lines represent the guitar’s six strings, and the numbers indicate which fret to press down.

Learning how to read TABs is simple and allows you to mine the databases of endless pop and rock songs online. However, one downside to chord charts and TABs is that they are not as precise as standard notation.

Chord charts are also used for reading music on the piano. But in addition, the piano staff is added underneath the chord names. In this way, notation for the piano is generally more complex.

Portability of the Guitar vs Piano 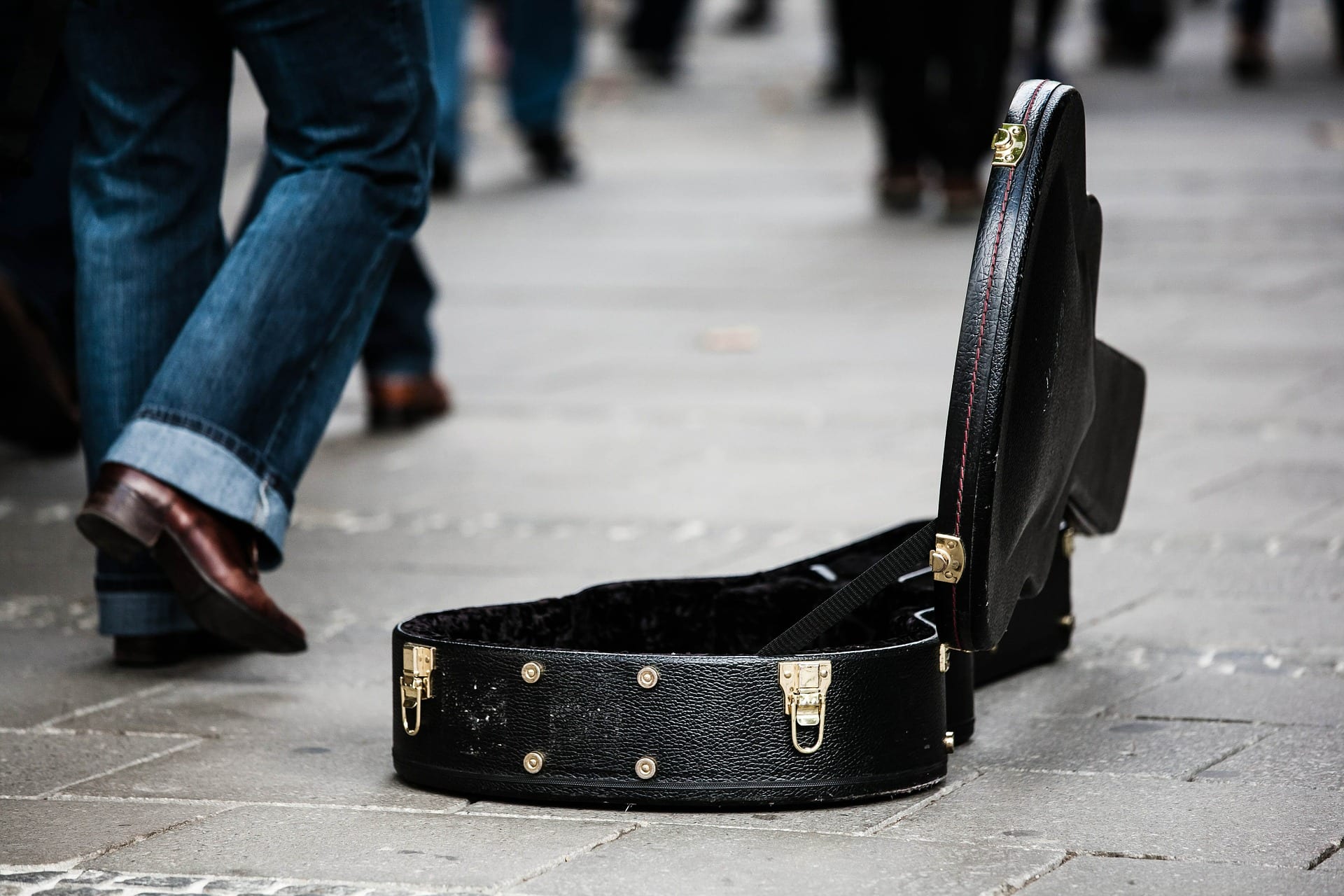 The guitar is one of the most portable instruments. Even the bulkiest guitars can be taken on road trips and public transportation. Airplanes widely consider guitars a carry-on item that can be stored in overhead compartments.

In addition there are a wide variety of travel, mini, and backpacker guitars that are very small and lightweight. As long as you have a good guitar case, you should be able to take your guitar with you anywhere!

There is a wide variety of piano sizes to choose from to suit your needs. If you’re looking for the smallest and lightest possible option, you can turn to midi controllers that range from a couple octaves to all 88 keys. However, these must be plugged into a computer which produces the sound.

The next size up are keyboards that also range from a couple octaves to 88 keys. They are generally a little bigger and heavier than midi controllers, but are easier to transport than most digital pianos (which is the next size up).

The largest options are acoustic pianos, which include a variety of upright and grand pianos. Their weighted keys give you more expressiveness and greater potential for dynamics, but keep in mind that you will have to sacrifice the convenience of a portable instrument. 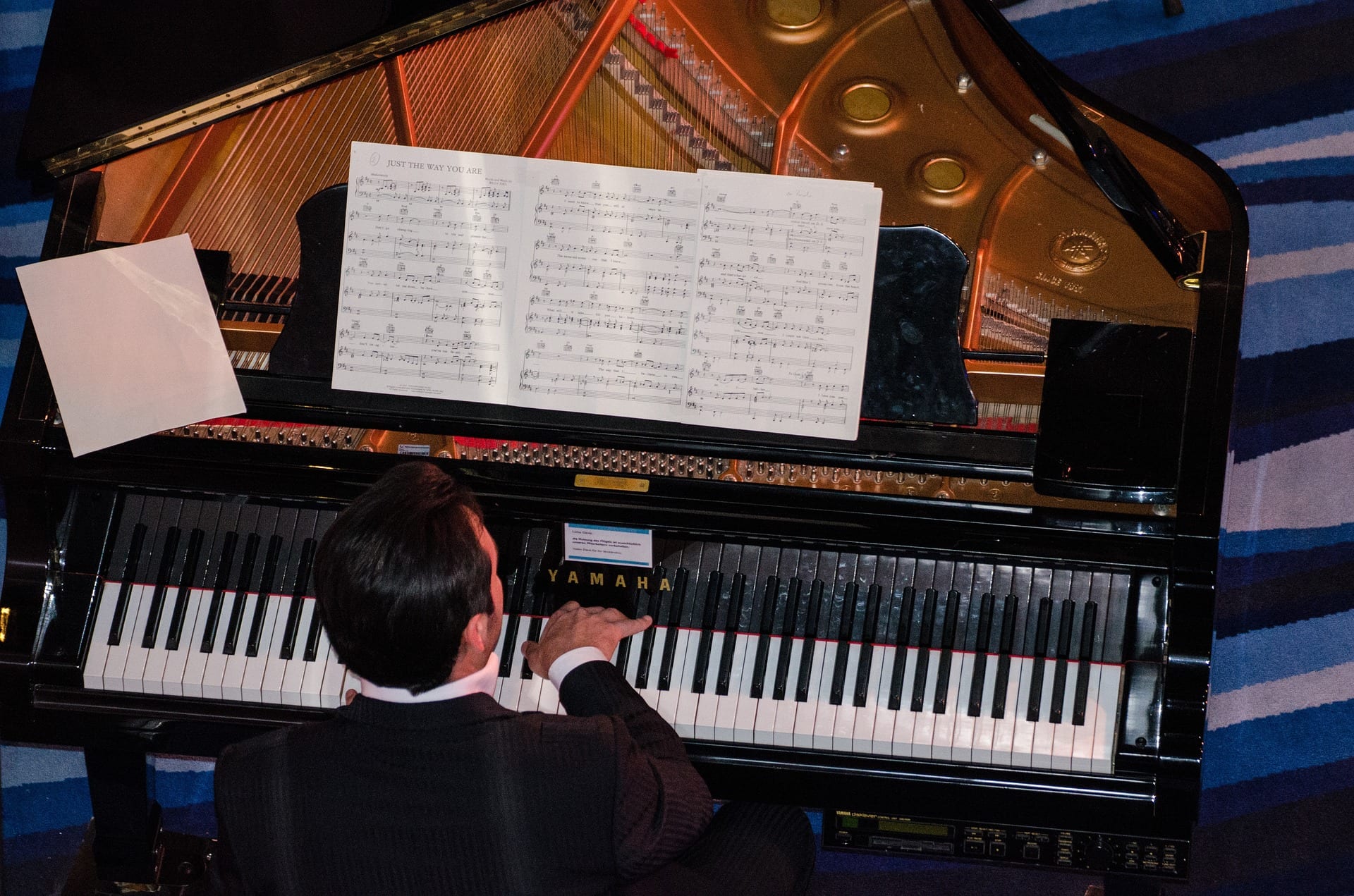 Classical musicians often start learning piano vs guitar. Because of the instrument’s rich history in classical music, students can expect to encounter classical compositions early on in the learning process.

Just like the guitar though, the piano is a very versatile instrument that can be heard in many other genres of music. Pop music in general seems to more commonly include keyboards than guitars.

Most rock enthusiasts prefer the guitar over the piano. Guitar is the quintessential rock instrument. Early rock and roll pioneers who played the guitar include Elvis Presley and Chuck Berry. They paved the way for later “rock guitar gods,” from Jimi Hendrix to Jimmy Page.

When people think of rock music, they think of distorted electric guitars. This is such a specific sound that the guitar holds the market in, but it’s also an extremely versatile instrument. That clean, acoustic guitar sound is popular in other genres as well, such as country music.

By now you can see the pros and cons of learning piano vs guitar. To help you reach a decision about which is better for you, consider these five factors: learning curve, affordability, music notation, portability, and your desired musical genres.

Ultimately, the best thing you can do to decide is try out both instruments. On TakeLessons Live, you can try beginner-level classes for free in both piano and guitar. Try it today!

Post Author: Andy W. Andy teaches guitar, bass, piano, music theory, and more in Englewood, CO. He is a guitarist, bassist, pianist, singer, composer, and educator with a Bachelor’s of Music from the University of Northern Colorado. Learn more about Andy here!

3 thoughts on “Guitar vs Piano: Which Instrument Do Musicians Prefer? [Vote]”