Curious about pentatonic scales? Learn the basics of how to incorporate them into your improvisation in this guest post by Austin, TX teacher Tosin A..

Have you ever heard a great solo? I mean a piano solo that practically hurts your feelings because it’s so good? You think things to yourself like: They can’t be that good. What kind of scales are they using? Are they a wizard?

The honest truth behind it is the brilliant use of pentatonic scales.

A pentatonic scale, as the name suggests, is five notes. There are major, minor, and dominant pentatonic scales that use the 1st, 3rd, 4th, 5th, and 7th note of that scale.

For example, C minor pentatonic is:

While C Major pentatonic would be:

The beautiful thing about these types of scales is that these five notes will fit into any progression in most modes. You can put money on the fact that every blues solo you’ve ever heard used a heavy amount of relative minor pentatonic scales.

Using Pentatonic Scales in a Solo

So how do you use these five magic notes to create a solo people will love?

First, you have to know which scale to use. And that depends on what type of song it is. The general rule is to use the pentatonic scale that matches the key of the song. For example, “My Funny Valentine” is in C minor, so you would use the C minor pentatonic for solos.

There are exceptions, though.

Then the question is which notes do I use when?

If the chord progression stays diatonic (no modulations or complicated passing chord changes), you can use any of them at any time. This is why they are so crucial to improvised solos–you have five notes that you know will work for 90% of the solo. That gives you time to think about other notes to play.

An advanced technique to try is matching the notes to the chord progression.

Sticking with F minor pentatonic scale: If the chord is F minor, then the Bb wouldn’t be the best choice. It would work, but any of the other notes work better. Same thing if the chord is C–you may want to stick with C or Eb.

The most important answer to the question above is whichever notes sounds the best. Never forget, all the rules can be broken if it sounds good.

Pentatonic scales are used everywhere. From the long vocal runs you hear your favorite pop stars sing, to the best jazz and blues solos of all time, they all heavily rely on the use of them. Of course, this article is just an introduction to playing pentatonic scales, but it gives you some of the secrets of great musical improvisation and soloing. Chat with your piano teacher if this is something you’d like to learn more about in your lessons! 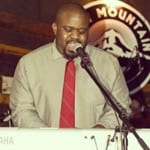 Tosin A. teaches piano, music theory, music composition, public speaking, and various academic subjects in Austin, TX, as well as through online lessons. He has been playing piano for 14 years, and currently plays for his church and 3 bands (La Vida Buena, Savannah Red and The Blueberries, Jackie Venson), and for Improv Comedy Shows around town. Learn more about Tosin here!

3 thoughts on “How Pentatonic Scales Can Help With Piano Improvisation”