The best app to learn Spanish is often a debated topic, but in this article we’ll share a few of the most popular choices and why thousands of language learners use them.

If you want to learn Spanish, you must commit to practicing it continuously over a long period of time. This strengthens your “language muscle” so that speaking Spanish becomes a habit that requires little effort.

Fortunately, mobile app technology is on your side. Smartphone and tablet apps making practicing a language convenient and affordable. Spanish apps are a great way to supplement Spanish classes or private lessons.

So what’s the best app to learn Spanish on? While there are more than 100 apps that claim to teach to Spanish quickly, here are the top five.

What’s the best app to learn Spanish? Keep reading to find out!

What is the Best Free App for Learning Spanish? 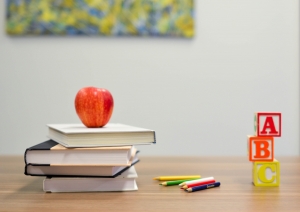 Curious about the best app to learn Spanish for free? Here are some great choices:

While apps are helpful, taking Spanish lessons from a talented instructor who knows the language well is your best bet if you want to become fluent in Spanish.

Sign up for live Spanish lessons here – and you’ll learn everything you need to know about this beautiful romance language. See more tips for learning how to speak Spanish in the video below!

What’s the Best App to Learn Spanish? Here are 5 Options… 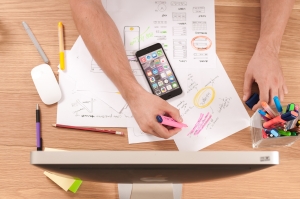 So what’s the best app to learn Spanish on? While there are more than 100 apps that claim to teach Spanish quickly, here are the top five.

TakeLessons Live offers live classes led by expert instructors in a group setting. After signing up for the free membership option, you have access to a variety of classes to choose from. Whether you want to improve your basic vocabulary or conversational skills, you can join a class right from your phone.

With instant feedback and guidance from an expert, you’ll start to see significant progress in your skills in no time. You’ll also get to meet and interact with other students at your level, from around the world.

SpanishDict has great multiple-choice games to make learning fun, although it’s most useful once you already have a solid foundation of Spanish skills and can carry on a basic conversation. Its dictionary tends to be more accurate than “Google-Translate.”

This app contains the most comprehensive dictionary we have yet to find and it incorporates common phrases where the searched words can be properly used. It’s also frequently checked and added to by native Spanish speakers from all over the 24 Spanish-speaking countries.

Learn Spanish by MindSnacks is a fun application, most appropriate for younger learners. One of the games users particularly like is one that  pronounces a word aloud so you can correctly identify it on the screen, while a clock is ticking away.

The app also keeps score with fun badges and other cartoon-like images. Full access to the first 50 lessons is $5. The images are most appropriate for younger children but can be fun for any age!

Rosetta Stone is arguably the most well-known language-learning tool, and also the most intensive. One distinguishing factor is that it attempts to immerse its users in Spanish immediately without explaining and translating everything in English, as if you were learning Spanish as a child, instead of as an adult.

While this can be frustrating for those who want their activities explicitly translated so they understand every word and phrase, it can actually accelerate learning. This option is best for those who are especially motivated, have a special knack for language-learning, and don’t get flustered easily.

Memrise is possibly the most creative app, designed to teach you specific words through modules such as “Basic Argentine Spanish,” “Intermediate Spanish,” and “100 most commonly spoken Spanish words.” Each contains several lessons reviewing 10-20 words. It’s creative because instead of learning through mechanical repetition, it incorporates clever plays on words to boost learning and make it fun.

For example, “bañarse” is a reflexive Spanish verb that means “to shower or bathe oneself,” and is remembered by “However shy you are of nakedness as you shower, you’ll never be able to ban your ‘arse’ from the bath!” Once your brain makes this “click” it’s unlikely that you will forget this word! 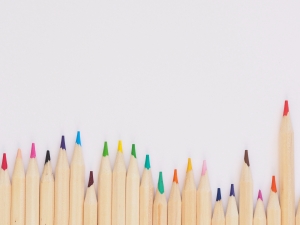 Still not satisfied? Here are more of the best apps to learn Spanish that you can download so you can practice Spanish on the go!

You read that right – the best free app to learn Spanish is none other than Google Translate. All you have to do is plug in what you want to say, and you can find the correct Spanish words for it. There’s a conversation mode that will allow you to talk to other Spanish speakers, transcribe menus and signs, and much more, too.

Without a doubt, Duolingo is a top contender for the best app to learn Spanish for beginners. This app has game-like lessons and fun characters to help you build a strong foundation in the language. Not only that, but you can track your progress and set individualized goals – and there’s even a kid-friendly version, too!

Babbel is the best app to learn conversational Spanish. You’ll find that this app is remarkably easy to use and will have you chatting with Spanish-speaking locals in no time!

The AnkiApp is without a doubt, the best app to learn Spanish while driving. You’ll be able to make your own sound, image, or text flashcards and you can listen to the flashcards as you drive to work.  Talk about multitasking!

Busy? Don’t think you have time to squeeze in Spanish lessons? Think again! With Pimsleur, you’ll take language lessons for just 30 minutes at a time. That’s all you need to reap all the benefits of this immersive Spanish language program!

If you love to learn by watching television, then LingoPie is the Spanish learning app that’s right for you! You’ll be able to choose from all kinds of Spanish programming, including sitcoms, telenovelas, and more. There are flashcards to help you follow up on your learning after the show has ended, too.

Great for preschool students, Canticos has interactive books and fun activities. It only costs around $6.99 per month, so while it’s not free, it’s definitely not going to break the bank.

Another great app for kids, Studycat makes it easy to pick up Spanish in no time. Your kids will follow along with the main character, the aptly named Studycat, as they learn more than 200 words and phrases within 70 lessons.

Ok, so Wordle isn’t technically an app – it’s really more of just a game. But it’s a great way to improve your skills – and since you can compete with your friends, you’re sure to stay motivated to continue!

Spanish School Bus is the best app to learn Spanish for kids. It’s inspired by the Montessori Method and blends Latin music with lessons on words, verbs, counting, and more.

This app is not technically a Spanish language learning app, but the Spanish that is used in this educational app organically is perfect for beginner and intermediate Spanish learners. There are hundreds of short videos about just about every topic!

With HiNative, you can interact with other speakers and ask questions. You’ll also be able to access a sound library with a premium subscription!

Whether you’re new to learning Spanish or you’ve been at it for a while, Busuu is the app for you. You can go at your own pace or even take an accelerated course – the choice is yours!

Spanish Safari is a children’s app that has interactive narratives for kids aged three to nine. Your child will follow friendly jungle characters and learn by repetition and immersion for lifelong language acquisition.

Another one of the best apps to learn Spanish for kids is Endless Spanish. Your kids will interact with the Endless monster as they learn Spanish through games, puzzles, and other engaging activities.

Last but not least is Tandem. With Tandem, you can text, send video, or call another user to practice speaking Spanish. It’s unconventional, yet still a top contender as the best app to learn Spanish. 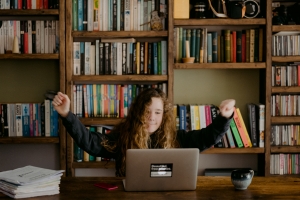 Mosalingua takes a unique approach to learning a new language by using the spaced repetition method, meaning it reviews what you’ve learned before you’re likely to forget it. It also uses dialogues and helps test your comprehension with different accents. You get rewarded for your success with bonus materials. Mosalingua is fun and easy to use!

Enjoy your Spanish learning journey and don’t forget it’s supposed to be fun!

What is the best app to learn Spanish?

The best app to learn Spanish is the one that works best with your unique learning style. If you need some extra help along the way, don’t hesitate to reach out to a Spanish tutor for guidance.

These Spanish apps are best used to help you practice in between language-learning sessions with a private tutor! Browse Spanish tutors near you today to really accelerate the path to fluency.

Jason N. tutors in English and Spanish in Fairfax, CA. He majored in Spanish at UC Davis, lived in Mexico for 3 years where he completed a Master’s degree in Counseling, and studied Spanish Literature and Psychology at the University of Costa Rica. Learn more about Jason here!