Don’t care for classical? You might be surprised at how many modern-day singers and bands have borrowed from famous classical composers, and how many classical songs you’ll instantly recognize because of it! Read on as Chicago, IL piano teacher Erin W. shares a few examples…

Regardless of your musical background, you may be more familiar with classical music than you think! Throughout the centuries, composers have created timeless works of art that continue to capture our hearts and minds to this day. Below, we are going to explore 10 examples of modern artists of various genres who borrowed ideas, chords, motives, or direct quotes from classical piano composers. Can you hear the similarities?

In 1999, Dave Matthews teamed up with Santana to write “Love of My Life” for the album “Supernatural.” It’s a hauntingly beautiful and inspirational melody borrowed from the 3rd movement of Johannes Brahms’s “Symphony No.3” (1883). Matthews and Santana changed the rhythm a little, but the resemblance is clear. Skip ahead to 22:04 of the second video for Movement III.

Speaking of Brahms, those of you working through the Piano Adventures series for adults may recognize this piece. Many of my students have asked me about the origin of this song, and I give them this answer: singer/songwriter Perry Como wrote “Catch a Falling Star” in 1957, which borrows a melody from Brahms’s “Academic Festival Overture Op.80″ (1880). The whole piece is worth a listen, but if you skip ahead to 4:22, you will find the part that Como borrowed.

3. Disney’s “Once Upon a Dream” from “Sleeping Beauty”

A few years later, Disney released the film “Sleeping Beauty” (1959), for which most of the music was borrowed from The Sleeping Beauty Ballet (written in 1890 by Russian composer, Pyotr Ilyich Tchaikovsky). Below is a sample from the ballet where you can clearly hear the inspiration for the beloved song, “Once Upon a Dream.” Skip ahead to 0:32, and you can almost sing along!

Film composers and pop artists are not the only ones borrowing ideas from classical works. We can also find examples in video game music! One of the most famous pieces of video game music has striking similarities to an early 20th-century ballet. The villain’s theme “One-Winged Angel” by Japanese composer Nobuo Uematsu from “Final Fantasy VII” (1997), borrows chords from the “The Rite of Spring” by Igor Stravinsky (1913). Listen to the first few seconds of each clip for the similarities.

Billy Joel once said, “I think music in itself is healing. It’s an explosive expression of humanity. It’s something we are all touched by. No matter what culture we’re from, everyone loves music.” He could just as easily have said “no matter what culture or era we’re from.” In 1984, Joel borrowed the themes from Beethoven’s “Sonata Pathetique” (1799) for his song “This Night.” Listen to the chorus of the song (0:59), then listen to the beginning of the second movement of the sonata.

There have been many versions of the song “Fools Rush In” throughout the 1900s, but perhaps the most famous version is “Can’t Help Falling in Love” (1972) by Elvis Presley. Did you know that the original melody can be traced all the way back to a French love song from 1784? Listen to “Plaisir d’amour” by Jean-Paul-Egide Martini, and you can’t help but hum along!

The next three examples are recent pop artists who basically built their songs on top of classical pieces. The first is Robin Thicke in his 2002 song “When I Get You Alone.” He used the famous motive from Beethoven’s 5th Symphony (1808). He wasn’t the first artist to “modernize” Beethoven’s 5th, though. Thicke actually got his inspiration from Walter Murphy’s “A Fifth of Beethoven” (1976). Murphy’s take on this classic has shown up in several movies and dance recitals.

While Beethoven has inspired many modern artists, we can’t forget about the beloved Wolfgang Amadeus Mozart. In 1791, Mozart began writing his final work, the “Requiem Mass in D minor.” Though incomplete before his early death, his Requiem has stood the test of time. In 2006, Evanescence used the eerie “Lacrimosa” movement in her aptly name song, “Lacrymosa.”

9. Weezer – “The Greatest Man That Ever Lived”

This next one uses a very familiar melody. The hymn “Simple Gifts” can be traced all the back to the mid 1800s, though it was made famous by Aaron Copland’s use in “Appalachian Spring.” Fast forward to 2008, the rock band Weezer varied the melody slightly for their song “The Greatest Man That Ever Lived.” The “Simple Gifts” melody shows up at 18:10 in this clip of “Appalachian Spring.”

Finally, modern artists have reached all the way back to the late 1600s for inspiration. The famous and highly recognizable chord progression of Pachelbel’s “Canon in D” (1680) has inspired many artists throughout the ’80s, ’90s, and 2000s. Some examples include “Forever Young” by Alphaville, “Hook” by Blues Traveler, “Don’t Look Back in Anger” by Oasis, “I’ll C U When U Get There” by Coolio, “Basket Case” by Green Day, “Cryin’” by Aerosmith, “Let it Be” by the Beatles, “Push” by Matchbox 20, “Sk8tr Boy” by Avril Lavigne, “Welcome to the Black Parade” by My Chemical Romance, and “With or Without You” by U2. Perhaps the most obvious example is “Graduation (Friends Forever)” by Vitamin C from 1999.

Implementing ideas from classical piano composers is a great way to honor the greats of the past and add a unique flair to their own repertoire. Perhaps you can borrow ideas from your favorite composers in your own work! 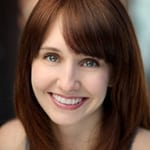 Erin W. teaches in-person piano, singing and music theory lessons in Chicago, IL. She earned her Master’s degree in vocal performance at North Park University, and lived in NYC as a singer, actor and arts instructor. She has performed in many theatre productions, including “Phantom of the Opera in Concert” in NYC and “Into the Woods” in Chicago. Learn more about Erin here!

One thought on “Test Yourself: 10 Classical Pieces Behind Modern-Day Songs”