Can listening to music help you learn a new language? Try these tips from French tutor Sean C. to see how some new tunes can help you master French!

Have you ever noticed how people who can speak French somehow become slightly more intriguing? and you secretly want to be one of those people? Do you feel like it will help you in life someday? If you already have the passion for it, you can learn French, and something as fun as listening to music can help!

Now, you must be asking yourself, “how can I possibly learn French by listening to music I don’t even understand?” Simple: the same way every human learns French- repetition. A French tutor can guide you to more effectively channel the lyrics that can potentially get stuck in your head.

Personally, I recommend starting with Mylene Farmer- the music itself can range anywhere from EDM to euro-pop to easy listening. She is huge worldwide, her voice is unique and easy to understand, and lyrics are poetic, but reasonable. The best part: a simple Internet search will have lyrics to almost all of her immensely popular songs, and a good number of them will have English translations right there, so you can start to relate what she says, with how that reads, to what it means to you.

If EDM isn’t your cup of tea, I recommend Alizee. She has more of a pop feel, and is also popular enough that you should have no problem finding lyrics and translations.

And then there’s Judith. If Starbucks were predominantly a French phenomenon, Judith would be playing when you walk in- uplifting, yet subdued beats, and powerful, yet mellow vocals.

Finally, check out Lara Fabian. She’s from Brussels, and speaks plenty of languages, among them English and French. She even has a few songs that she covers in both languages- though each song means something different in its respective language.

The greatest thing about using music as a study aid is that even if you don’t know the words, you can get to know the sounds. And if your tutor happens to know that same song, you can go through it together and help to connect on a more meaningful level- what better way to learn a language?

If absolutely nothing else, should a coworker or friend happen to overhear you listening to French music, or mumbling the lyrics yourself, you just became that intriguing person! “Where did you learn French?!” they may ask. “Oh, here and there. I sort of picked it up.” Honestly, that little hypothetical interaction there would probably give you all the boost you need to go to your favorite online music vault (such as iTunes or YouTube) and expand your own horizons all over again. Try new artists, try new genres, check out other countries’ top 40 lists, get a handle on different accents, different cultural points of view, etc.

Learning any language, especially as an adult, is a challenging endeavor. Sometimes it can be overwhelming, and sometimes -and this is the most frustrating- you can try to think of a word but it will only come to you in the language you’re trying to learn. There is a mountain of theory on the subject, but the most relevant to the situation is Krashen’s Affective Filter Theory, which basically says that your emotional state of mind will have the biggest effect on how you learn. If a French nun used to beat you with a metre-stick, you may want to pick a different language. If you developed a love affair with the idea of that dream vacation in Paris and want to be your own interpreter, you will probably attain proficiency faster than you would expect.

If you want to learn French, the best thing for you is practice, plain and simple. Never afraid to be wrong, never be afraid to sound foolish, just keep trying. This is what your tutor is here for. Even if you have to code-switch from French to English then back again, do that. Be comfortable sounding like a parrot for a while. You CAN do this, as long as you stay out of your own way! Bonne chance!

Looking for a French tutor? TakeLessons tutors are available to give private French lessons in person or online via Skype. Search for your tutor now! 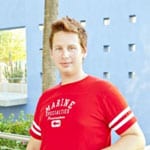 Sean C. teaches English, French, grammar, and linguistics in Chandler, AZ. He received his BA in linguistics at Arizona University and he has been teaching students for four years. Learn more about Sean.