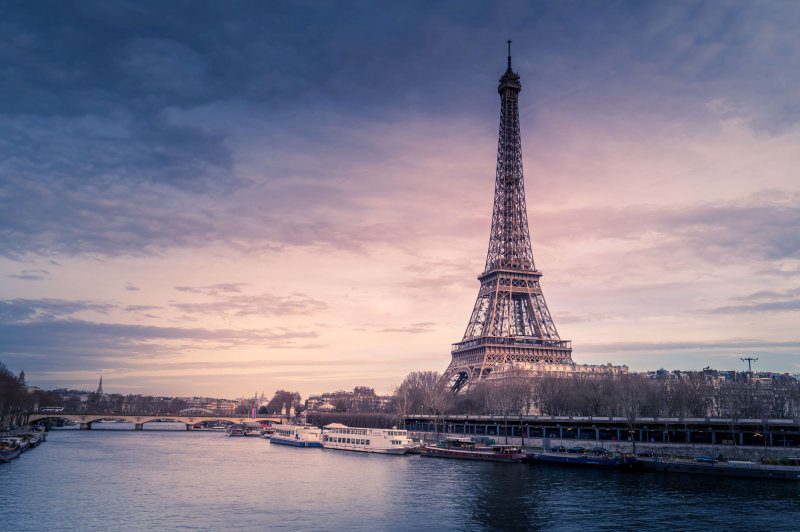 France has been the most visited country for over 20 years and for great reason! The French culture is fascinating and different from most places in the world. As a cultural hub, France is known for its unique cuisine, fashion, and more.

If you’re traveling to France, you’ll definitely want to have a good understanding of their culture. This ensures you know how to be respectful in a new place, are prepared for your trip, and will certainly get you excited! Or, if you’re just simply curious about France, you’ll enjoy learning these 8 French culture facts.

Check out the infographic below highlighting the difference between French culture and American culture.

What Are Some Cultural Differences Between France and America?

When it comes to everyday life and French traditions, there are several major cultural differences between the Americans and the French.

America: The majority of Americans travel by automobile, even in major cities such as New York, Los Angeles, and Chicago. In fact, three out of four Americans drive to work, while a mere 5.2 percent take mass transit.

France: You won’t see roads full of SUVs in France, as the country is known for having an excellent public transportation system. Most people use the underground subway systems and tramways to get around.

France: In France, there’s no such thing as a meal on the go.  Rather, people take their time eating and typically don’t eat dinner until around 8 p.m.

America: It’s not surprising to see someone eating a slice of pizza while rushing to get to their next destination. Typically, Americans eat much earlier and faster than the French.

America: People in the U.S. are very open and polite. Not only do Americans have small talk, even with strangers, but they may also ask more personal questions. It’s not uncommon for someone to ask their mailman or pharmacist how their family is doing or what their plans are for the weekend.

France: The French typically stick with small talk and steer clear of more personal conversations unless it’s a very close friend or relative. It’s okay, for example, to talk about the weather, but anything beyond that isn’t the norm in French culture.

France: It’s almost unheard of to see someone in France wearing sweatpants and sandals in public. People take pride in their appearance and dress more moderately compared to Americans.

America: While every city has its style—for example, New York is more high-fashion, while California is laid back–Americans are usually most interested in a comfortable, casual style. Swim trunks and a t-shirt on a hot day are A-OK in their book.

America: Americans are more apt to reach for a refreshingly cold beer. Over the past years, however, wine has become increasingly more popular. While not celebrated, public intoxication isn’t rare.

France: The French have a reputation for drinking in moderation and their drink of choice is typically wine. After all, you can find a wine bar at just about every corner. In French culture, public intoxication is heavily frowned upon.

America: Americans are super friendly and outgoing. They are likely to greet friends and acquaintances with a big hug. You could say that communication is more informal, whereas the French are more formal. It’s also common for Americans to speak loudly even to just chat with a friend.

France: Hugging is sometimes considered more intimate than kissing in France. The French don’t use the first name of a person unless they are invited to do so. What’s more, speaking too loud is considered a sign of anger and impoliteness.

You might also be interested in: 50 French Phrases You Need to Know Before Your Trip to France

America: Americans are all about playing the field. It’s not uncommon for a stranger to ask someone out on a date—which typically includes some sort of meal or outing—if they are interested.

France: The French don’t date. In fact, there is no real word for “date” or “dating” in the French language. People get to know each other through social circles—and exclusivity is always implied.

France: When it comes to body language, the French are quite reserved. Placing your hands in your pockets or slouching are big no-nos.

We hope that you enjoyed these fun facts about French culture! It’s important for Americans traveling to France to understand and respect these differences. It’ll help you make the most of your trip and enjoy learning French traditions and cultures.

Don’t shy away from meeting locals, as immersing yourself in the culture will help you fully enjoy your trip! If you’re interested in becoming more comfortable speaking to locals, it can be helpful to take French lessons with a skilled tutor.

Do you live in France? If so, share your advice for traveling in the comment section below.