Learning to play other people’s guitar solos is a great way to begin learning to write your own! Guitar teacher Nils B. shares his tips to learning four classic rock solos so you can develop your technique…

There are so many fun aspects to playing the guitar, but do you know what is easily one of the best parts of learning to play? Shredding on the best rock guitar solos of all time! There’s certainly something so liberating about mastering your favorite guitar solos and playing them just like the iconic guitarists of present and past.

If you’re looking to learn some of the best guitar songs and tricks, then start your journey here. In my guide below, I offer tips for practicing the guitar and seven guitar solo song recommendations for you to explore. Follow along and get ready to jam out like the pros!

If you want to expand your guitar skills, it’s important to go slow and steady. This way, you can really pick the stylistic nuances and make sure you master the rhythms. So before you go to town wailing on these epic rock numbers, take your time to actually learn the guitar solos first.

To start, begin closely listening to your favorite artists. After all, an essential part of every musician’s development is to imitate those who have already mastered their instrument. After settling on a song, give it a couple of close listens (preferably on headphones or a decent stereo), pick up a good transcription, then learn the rhythm parts, while analyzing the chord progressions and any distinctive rhythmical features.

Then start learning the solo, phrase by phrase, while determining the relationship of each note with the chord that’s being played, as well as the key of the song. Also try listening carefully to the guitar tones, and be conservative with the amount of gain or overdrive when trying to copy these. Among other drawbacks, too much overdrive tends to hide your mistakes.

Once you are able to play along with the original (or a backing track if you can find one), try recording yourself, and pay close attention to the details, such as timing, and bending accuracy. And as a final step, once you’re fairly comfortable, try to improvise using the same concepts, simply start by making small variations to the original solo. And of course, if you haven’t already, seek out an experienced instructor who can give you essential feedback about how to play guitar solos like these listed below and keep you from making fundamental mistakes.

Seven Guitar Solos You Should Study

Once you’ve followed our tips above, you’re ready to tackle some of these famous guitar solos below. Between “Stairway to Heaven” and “No More Tears,” you’ll be unstoppable after learning these seven legendary solos.

This is my personal favorite of the four. Since the progression doesn’t stay in the same key, you are forced to take a more chord based approach. And although there are still plenty of great B minor blues licks to be found, there is also a healthy dose of major pentatonics, played using fairly tricky compound bending techniques commonly used by country guitarists.

On top of this, the F#7 chord adds a darker flavor, which is nicely addressed in the solo with some harmonic minor licks. Last but not least, there’s the harmonized arpeggio outro, which is great to expand your fretboard knowledge, so be sure to learn both parts! In terms of guitar tone, it’s a pretty straightforward approach. Most guitars played into a somewhat overdriven amp will sound great.

Jimmy Page was heavily influenced by American blues and rock and roll guitarists, which can be heard in the many great blues licks demonstrated here. Be sure to pay close attention to the dynamic build up, his vibrato, and timing. Page was known for using Gibson Les Pauls, SG doublenecks, and Fender Telecasters into either big Marshall stacks or low wattage combo amplifiers, so any tube overdriven lead sound will do. Try to add some delay to help with the sustain.

First off, it should be noted that this was originally recorded with the guitar tuned down a half step (Eb Ab Db Gb Bb Eb). Even though it is in the key of Eb minor technically, it feels like E because of the tuning.

This guitar solo actually consists of two shorter solos and a long outro. The slower, more melodic middle solos in Eb minor are a great opportunity to venture out of the familiar ‘box’ at the 12th fret, and explore the area around the 7th. The outro solo is a series of well executed pentatonic blues ideas via a tricky harmonic minor lick in the buildup- all while using a wah pedal.

On the recording, Slash used a custom built Les Paul copy into a modified 70’s Marshall amplifier, but any dual humbucker equipped guitar into a Marshall-esque sounding amp will work. Try using the neck pickup for the melodic parts, and switch to the bridge pickup for the more aggressive sounding climax, together with the wah wah.

This solo is a great way to develop your sustain and vibrato because of the slower tempo, which really works well with David Gilmour’s melodic lead playing. Although his playing is largely pentatonic based there are some tasteful notes from the minor scale thrown in, together with some great bends and tremolo arm tricks. David Gilmour is known for using fairly elaborate setups, but the essentials to get his sound for this song would be a Stratocaster-style guitar with a tremolo into a relatively saturated/compressed fuzz or distortion pedal (he often used an Electro Harmonix Big Muff), into a clean amp via some delay.

Jimi Hendrix – All Along the Watchtower

Jimi Hendrix’s iconic performance on this song easily makes it one of the best guitar solos of all time. This mesmerizing show-shopper features a mid-tempo with several upward bends. The beauty of playing some of Hendrix’s greatest hits is that you can play a recognizable version of a lot of them using basic chords. Essentially, once you get the hang of that, you can add in the more technical aspects to sound more like the original recording. Even if you don’t nail some of this rock guitar solo’s more advanced stylistic parts, it’s still a joy to play.

If you’re not familiar with this rockin’ classic guitar solo, stop everything you’re doing and go find a recording of it right now. Ozzy Osbourne’s guitarist, Zakk Wylde, shreds on this number, much to the envy of every aspiring guitarist. That said, this solo isn’t for the faint of heart, as the speed and rhythm can prove tricky for beginner guitarists. But don’t let that prevent you from figuring out how to learn this guitar solo—no matter what level you’re at, this is definitely a song to add to your repertoire, even if it takes some time.

Ok, pretty much everyone knows this rock guitar solo, and for good reason—it’s a tried and true favorite. If you want to learn to play this classic rock guitar solo, it’s really just a matter of mastering the rhythms, which are actually quite straightforward. It’s a long one, though, so be prepared to rock out for a while. When Allen Collins and Gary Rossington jammed out to this song live on stage, sometimes the song lasted for more than 14 minutes!

If you think you’re going to learn to play classic rock guitar solos overnight, you might need to adjust your expectations. While you’re certainly capable of mastering these guitar solo songs, it’s likely going to require some time and patience. The more you practice, the better you’ll get.

With that said, if you’re looking to fine-tune your guitar skills or speed up your progress, you can always turn to private guitar lessons for additional guidance. Here at TakeLessons, you can work one-on-one with a private tutor who will provide you with the tools you need to take your guitar solo skills to the next level. Sign up today to see what a difference our lessons can make! 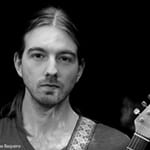