Think you’re ready to learn to shred? Guitar teacher Samuel B. shares how he decides when the time is right for his students to learn to play guitar solos…

There are several factors relevant to whether or not you’re ready to play guitar solos and soloing techniques. As a guitar teacher, I make the call for my students based on a combination of the following things:

Though soloing instruction typically follows the student’s mastery of first-position chords (and is not generally given beforehand), effective solos can be either blues scale-based (Xs indicating optional notes):

or can be based on notes of the major scale (which I will have taught you at the beginning of the curriculum before introducing any chords at all):

In both cases, you’ve got a substantial amount of leverage. Major scale solos should be slow and deliberate to start with. You might even think of each individual note as a separate syllable. The blues scale based ones, however, give you more room to move around and can vary in tempo as much as you want them to.

Though I’ve provided a checklist of relevant criteria above, determining the right time to branch into advanced forms of expression is not an easy call. While I advocate learning the two modalities in tandem with one another so as not to confuse soloing with any other musical skill, you may find yourself wanting to play along with songs by favorite artists. I wholeheartedly support this.

If you’re particularly solo-hungry, I recommend experimenting with notes in the major scale while practicing accompaniments. See what works for you. Find a pattern that says what you want it to. Picking out individual notes of major chords (as opposed to playing scale-based patterns one note at a time) is a great place to start. I recommend doing this as early in the curriculum as you feel compelled to.

Expression is an area regarding which your guitar teacher can provide only guidance. Determining what or who you want to sound like is key to constructing a musical identity. For the most part, it’s best to learn as many chords and as much theory as possible before beginning to play guitar solos. However, practicing tricks along the way (i.e. picking out melodies from basic chord progressions) may expedite it and provide an otherwise inaccessible sense of direction. 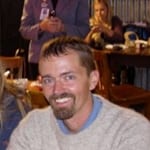 Samuel B. teaches beginner guitar lessons in Austin, TX. He teaches lessons face-to-face without sheet music, which is his adaptation of Japanese instruction (involving a call-and-response method). Learn more about Samuel here!