Dreaming about someday starring on the Broadway stage? Here, Los Angeles, CA teacher Meredith P. shares her expert tips to help you get there…

As an audience member, you can sit back and relax at a Broadway show, and not truly understand the work that it takes to get to that coveted stage and the tremendous blood, sweat, and tears that go into each performance. As with athletes, the only thing the audience sees is the end result. A lot of times it can be intoxicating and glamorous. But its rare that an outsider understands the amount of training, sacrifice, focus, and money that is invested into each and every performer and each and every performance.

But that’s every performer’s job… to make it look easy. Because of this, it’s the strong, the tenacious, the hard-working, and the incredibly lucky ones who make it to the Broadway stage.

I began my dance training at the age of two and a half. Sure, back then, my parents weren’t thinking about molding me to be a professional Broadway dancer, but this is just an example of how far back training goes for many professional dancers. Then, as my interest and passion continued, I began ballet training at six, singing lessons at eight, and began working in professional theater productions at age 13.

I continued training all throughout high school and moved to New York City at the age of 18. I was fortunate to be just 20 years old when I was cast as the leading lady of my first national tour; but even then, I still had five more years before I got the chance to fulfill my dream of actually starring on Broadway. But, within those five years, I was working every day on my singing, dancing, and acting skills to carry a show as a leading lady.

If you’re like me, you see Broadway performers as the best of the best! And to be ready for that competition — to be prepared to actually “star on Broadway” — is something that performers train for YEARS to achieve. And, even after all that training, it’s very rare that you get the incredible chance to actually star on Broadway. You never know when that “luck” will roll around. So, what I teach my students is to concentrate on what they can control and to always be prepared for when that luck comes!

If you’re interested in learning how to become a Broadway star, here’s what I did to prepare to star on the stage:

1. Put in hours of work, outside of auditioning for shows.

Artists take voice lessons weekly, sometime more than once a week, depending on the role they’re playing. They’re also taking yoga, meditation, dance, and exercise classes to keep their bodies healthy. This is a daily occurrence. Performers should be working and training daily before they even get to the theater to do their shows.

Also, networking is important, because the more you’re mingling with artists in your field, the more people get to know and like you. Booking a show isn’t always just about skill — a lot of times it can come down to skill and a choreographer or director knowing and liking you.

2. Remember that what a star eats makes a huge difference!

Broadway stars must watch what they eat to be aware of what foods work for them and energize them. Your voice and body can change depending on fatigue, hot or cold weather, and the theater environment, and you have to know how to adapt to that. If you’re doing a tremendously physical show, you have to know that you can’t truly be full at the beginning of it. When I was starring in 42nd Street, I had a rule that I couldn’t be full past 6:30 for an 8pm curtain. I would eat sushi a lot of times between shows because I knew it was good for my energy and digestion. And I always had a banana or an apple in my dressing room to eat before the last 20 minutes of the show, which was the hardest for my role. I learned to never eat nuts or granola, because the pieces got stuck in my teeth, and I almost choked on stage when I started singing.

A lot of Broadway performers eat dinner after the show, and knowing what food is best for your body and what doesn’t create acid reflux is also important, because that affects your vocal cords. Every body is different, and like an athlete, you have to know your body and what fuel works for you to be your best eight shows a week.

3. Have a spiritual or mental practice that helps you balance your body, mind, and soul.

The demands of a Broadway performer are very intense. Not just physically, but mentally and spiritually. The emotional ups and downs are a part of your life, even if you’re extremely successful. Rejection is a part of every performer’s life. For every job you get, there are 50 you didn’t get. So, finding a way to achieve balance is crucial. I’ve turned to meditation, yoga, and “rules” for myself that have helped me lead a full and balanced life outside of the entertainment industry.

For example, I used to tell family and close friends when I got an big audition because I was so excited at the fact that I got a chance! Then, if I got a callback, the pressure was on, and everyone I told would ask, “Did you get it?” Very soon, I realized that if I didn’t get the part, not only would I have to feel the disappointment, I also would have to explain what happened to friends and family over and over again, re-living the rejection.

So, one of my rules now is that I don’t tell anyone until I am signing the contract for the role. This rule might not work for every artist, and I believe balance is about bio-individuality. As a holistic health counselor, I help performers find body, mind, and spiritual practices that promote balance and work for them.

Even after ascending to the top of a Broadway marquee, the work continues. Anybody passionate to learn how to become a Broadway star should constantly be taking voice lessons, acting classes, and dance classes. Take a theater dance class, a ballet class, and a tap class. Even when you’re a star, you should still be taking lessons.

The best, most successful stars never stop training. Ever. 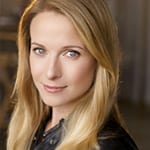 Meredith P. teaches acting, singing, and dance in Los Angeles, CA. She has performed on Broadway, acted in television shows, and even recorded her own jazz albums! She studied at the AMDA College & Conservatory For The Arts and the Institute For Integrative Nutrition in NYC. Learn more about Meredith here!

8 thoughts on “Want to Someday Star On Broadway? 3 Tips from an Expert”