What is masculine and feminine in French and how do you tell the difference? French Tutor Willy M. shares some secrets to help you understand and memorize your French grammar…

One of the hardest things for many students learning French is understanding how to tell the difference between masculine and feminine French nouns. Gender with regards to words is not something we spend a lot of time thinking about in English. But, it’s significant for French vocabulary.

Sometimes assigning gender to a word might seem arbitrary, but there are a few tricks that will help you tell if a word is masculine or feminine. Keep reading to learn the basics so you can be on your way to mastering the beautiful French language!

Why are French Words Masculine or Feminine?

If you’re not used to a language that takes on gender words, you’re probably curious why masculine and feminine in French are even a thing. In fact, all French nouns have either a masculine gender or a feminine gender. This concept that several languages like Spanish and Hindi came about long ago and the form of the noun is meant to reflect the gender of the object.

How Do I Know if a Word is Masculine or Feminine in French?

While you can usually rely on the ending telling you if a word is masculine or feminine, there are exceptions to this rule. For example, most metric weights are masculine no matter their ending. To help you with this, keep in mind that words that are often thought of as ‘gender neutral’ take on the masculine form.

The more you practice learning French, the easier it will be to memorize French grammar rules.

Several endings will give you a clue about a word’s gender. For example, feminine nouns typically end in the letter “e.” Consider these word endings: –esse, –enne, –euse, –orde, –ance, –ouche, etc. If you notice a word that ends in -e, most of the time that word is feminine.

So, with this knowledge, if you’re taking a French test and your teacher gives you a word that starts with a vowel like l’actrice, you might be confused. An article with an apostrophe can throw you off when you’re trying to determine gender. But, if you notice that the word ends in an –e, or in this case, the ending is –ice, you can guess (correctly) that this word is feminine.

Some endings are typically masculine, such as –on, but it will often be feminine if you find it coming after a letter s or the letter c. Nouns that end in consonants like t, x, d, l, f, m or s, etc. tend to all be masculine words.

This can be a lot, but don’t get overwhelmed! You’d be surprised at how quickly you can learn a new language if you practice everyday!

Learning French can be rewarding but challenging. Here are some tips for understanding masculine and feminine in French and learning to speak like a pro!

To get started, check out this video to learn some French basics for beginners:

Now that you have a few tips to help you understand the basics of masculine and feminine in French, I hope you’re excited to start practicing your new skill! Keep studying and you’ll be excited to show off your incredible French speaking skills!

Learn more French vocabulary and become fluent with help from a private tutor. French tutors are available to work with you live online via Skype or in-person depending on locations and availability. Search for your French tutor now! 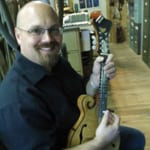 Willy M. teaches guitar, ukulele, and mandolin lessons in Winston, NC. Willy studied French for over 6 years in high school and at Earlham College. He traveled to Quebec, Canada where he was able to practice with native speakers. While working as an ESL teacher for World Relief, Willy had the opportunity to translate for people from former French colonies, such as Haiti, the Congo and Vietnam. Learn more about Willy here!