Quick — how do you feel right now? Wouldn’t it be fun to say that in French? In this article by French tutor Roman N., you’ll learn how to express your feelings in French, no matter what the situation…

The French are very expressive people and they use a great number of interesting phrases to make their feelings known. I truly believe that learning them along with your regular French verbs and vocabulary will benefit you in many ways.

Thus, I created a couple of very cute and funny characters, Jacques and Marie, whose dialogues will show you how they express some of their emotions. The dialogues will be in English so you can capture the essence of the context, but the expressions will be in French.

And just to prove you that learning French can be very fun and entertaining, I suggest you avoid translating those expressions as you read them, but instead try to figure out what they mean, or even better — write down their analogues in English.

After the dialogues, I’ll provide you with the most accurate translation possible and you’ll have a chance to compare it with your version.

Marie: Jacques, for the tenth time, please do the dishes! They’ve been sitting in the sink since yesterday!

Marie comes home after work, tired and frustrated…. she looks in the kitchen and sees dirty plates in the sink, plus a few fresh ones piled on the top…

Marie: Hey Jacques, I think that waitress is really rude! I want to call her manager and talk to him. I mean what kind of service is it?!

Marie: Jacques, I failed my road test again! What am I gonna do?!

Jacques: Hey Marie, I went to a pet shop today.

Marie: “Dis donc.” What were you doing there?

Jacques: I got you a puppy — the one that you always wanted for your birthday, but I figured: why wait, so I got it today!

Jaques: So you wanna go pick him up?

Marie: Hey Jacques, can you pick me up after work today?

Jacques: But don’t be late!

Marie: Hey Jacques, you won’t believe what happened to me at work today!

Marie: You know Stella, the new accountant? She made a mistake and it was totally her fault but she just kept blaming it on me in front of everyone! “T’imagines?!”

Marie: Jacques, can you be more supportive?

Marie: Then why are you taking her side?!

Jacques: “N’importe quoi.” I don’t even know her.

Marie: So you really think she is right? “C’est ça?”

Jacques: “Allez,” “Ça suffit!” I love you and I’m always on your side no matter what.

Marie: “Bah voila!” That’s all you needed to hear.

Please keep in mind that depending on the context and particular forms, these expressions may have various meanings. Here below, you’ll see what they mean in the dialogues you’ve just read. The pronunciation is written phonetically in brackets to make learning the phrases easier. Let’s take a look at the expressions…

No way! I don’t believe it! You’re kidding!

But that’s not true.

It’s not a big deal. It’s not that serious. Not a problem.

But it’s not serious (aggravated).

That works for me. Deal. It works. Ok.

Can you believe this?

Is that it? Is that what it is?

Enough! Cut it out! Stop it!

Let it go. Forget about it.

It’s just not worth it. Don’t bother.

It’s not the pain.

Now that you know how to share your feelings in French, make sure to practice often! Try having a conversation in French with someone and see how quickly you adapt to the language. If you need further help, find a French tutor and enjoy learning all they have to offer! 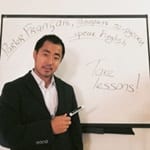