Cognates help make Spanish one of the easiest languages for English speakers to master. You may be wondering how to define cognate. The definition of cognate is words that sound the same (or almost the same) in English and have the same meaning in both languages.

Memorizing Spanish cognates is the fastest way to expand your vocabulary! Here, we’ll share some of the easiest and most helpful cognates in Spanish to boost your conversational skills.

All About Spanish Cognates

The easiest Spanish cognates to recognize are exactly the same in English. However, the Spanish pronunciation of the word is usually slightly different than what you’re used to.

Spanish Cognates that Add an –ar or –ir

In Spanish, verbs end in –ar, -er, or –ir, and each follows its own conjugation rules. Many verb cognates exist by simply adding –ar or –ir to the English version of the word.

The common English suffix –tion is used to form noun versions of verbs. It commonly expresses the state or action of the verb. Luckily for Spanish learners, the rule is consistent in Spanish nouns as well but with the ending –ción.

Spanish Cognates that Add an –o

This type of cognate is so common that many Spanish learners will try adding an –o to any English word when they don’t know the Spanish version. Sometimes it works, although this isn’t always the case.

There are many more cognates in Spanish, as well as patterns, other than the ones listed above. Taking the time to study cognate patterns will increase your vocabulary tenfold. However, be aware of false cognates! These are words that appear to be the same in two languages, but actually have very different meanings.

For example, embarazada means “pregnant” in Spanish, but it’s often confused with “embarrassed” in English because they appear to be similar.

SEE ALSO: 46 Spanish Adjectives to Describe Personality of your Friends or Family

General Rules for Cognates in Spanish

Here are some general rules you can use to understand how English and Spanish cognates relate:

Understanding these patterns in the Spanish language will help you remember these types of words in Spanish. Now, check out the examples in the table and infographic below to learn 75 of the most helpful (and easy) Spanish cognates to know.

Now you know how to instantly add tons of new words to your vocabulary. To hear cognates in action, check out this quick video on Spanish – English cognates by our Spanish teacher, Katharina!

Believe it or not, the U.S. is now the second largest Spanish-speaking country! It surpasses Spain and only follows behind our southern neighbor, Mexico.

The increase in Spanish-speaking households means an increased opportunity for bilingual people in the workforce. Taking Spanish lessons as a second language can give you a leg up in your professional field and put you ahead of your competition.

These benefits (and the fact that Spanish cognates make learning the language even easier, because they are Spanish words that sound like English) are more than enough reasons to get started today.

Are there any more cognates in Spanish you can think of? Let us know in the comments section below! 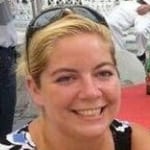 3 thoughts on “75 Most Helpful Spanish Cognates to Know [Infographic]”