There are some obvious answers here. For examples, for native English speakers, a language with a Roman alphabet is going to be easier to learn than a language that doesn’t share etymological roots, such as Japanese. However, when it comes to some similar languages, it can be hard to choose.

French and Italian can be two such examples of a language dilemma. Honestly, it is hard to say which one is going to be easier to learn. There are some important factors to keep in mind, and hopefully, this article is helpful as you search for your next language adventure.

Both of these languages come from the same original language, Latin. And both evolved from vulgar Latin as it mixed with the languages originally spoken in those areas. The French are different in the sense that what is now France was originally inhabited by Gauls, whereas the Romans who spoke Latin were native to Italy.

Regardless, about 85% of French and Italian share similar lexicons. Therefore, if one were to study both languages, they would notice many similarities, such as the French and Italian verbs for to speak, parler and parlare, respectively. Another such similarity can be seen in the food vocabulary, like with their well known local cheese, called fromage in French, or formaggio in Italian.

Regardless of the shared lexicon, grammar varies 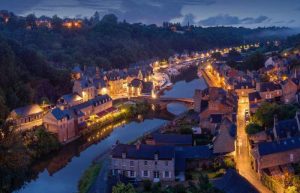 This is something that highlights different evolutions of languages. French has a rigid structure in which subject pronouns, (I, you, they) are required in both spoken and written sentences. However, in Italian, the subject pronouns are included in written Italian, but not in every day speaking circumstances.

For example, in French, you would have to say “I speak English”, or, je parle anglaise, but in Italian, [io] parlo inglese. The “I” or “io” in Italian is not required when speaking. French has many verb conjugations that are not written the same, but do sound the same. So, perhaps this specific rule has been kept inflexible for clarity.

French continues to be slightly more complicated when it comes to negating something. Similar to English, in Italian, you can include “non” simply before the verb, such as non amo viaggiare (I don’t like to travel). However, in French, the negative needs two separate sections, a “ne” before the verb and a “pas” after, i.e., je n’aime pas voyager. This example allows for the opportunity to point out another grammar point that French and Italian do not share. In French, you must pay attention to the liaison: ne+aime = n’aime. Such a concept is not present in Italian.

The alphabet is also different

Italian has a smaller alphabet that consists of 21 letters, and Italians use 3 types of accents,

The French use 26 letters. The French also use a specific type of “c” called “cedilla”, written “ç” and pronounced as though it were an “s”, and the French language contains 5 accents.

The use of accents and differences in alphabet are two factors that impact – not only writing the languages – but the pronunciation of words within these languages. Now that we have mentioned that, let’s take a look at the rules of pronunciation.

Pay attention to pronunciation… this is where these two languages are strikingly different.

This is perhaps the point that I would say is the most important when contemplating which language to learn, French or Italian. French pronunciation is notoriously complicated, and indeed, the rules are more complex in French. Italian is pronounced phonetically, which means it is pronounced aloud the way that it is written. This makes learning proper pronunciation easier.

French, however, veers far away from this concept. You have to learn that there are sections of the words, and certain letters, that are not pronounced, depending on the spelling. For example, many vowels at the end of words are not pronounced, and the infinitive endings are not pronounced, either. The French guttural “r” sound is also notoriously difficult for non-native speakers. Many language experts agree that French pronunciation is much more difficult to master as a language learner. 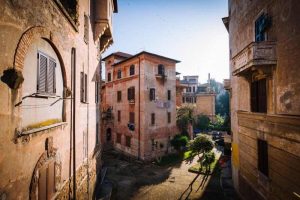 There are more aspects to take into account when learning a language apart from how easy said language might be. While that is important, it does not necessarily mean that for everyone, Italian is easier than French.

If you have more of an affinity for one language over the other, it’s going to make that language easier to learn. Also, any previous exposure or experience you have had will be important when choosing between French and Italian. Finally, I recommend that you consider the reason you are learning the language. Depending on your end goal, one might make more sense than the other.

If you are interested in Ancient Roman history, Italian would be a great option. However, for gastronomy or international relations, French still remains widely spoken in over 25 countries, while Italian remains almost exclusively spoken in Italy. These are things you can easily discuss with one of our Foreign Language Instructors. Best of luck on choosing one!