Throughout my time as a singing teacher, I have noticed several recurring themes among my students. There are several easy musical pitfalls, or common singing problems, to watch out for when you are practicing, and for some of them, simply pointing them out isn’t particularly helpful.

Fortunately, there are a few psychological tricks I’ve learned that can potentially solve several of these issues indirectly. While I would not consider myself to be one of those “singing is a state of mind” style teachers (I usually prefer to tackle physiological and musical issues directly), I can’t deny the effectiveness of these mental shortcuts for better singing with many students.

In this article, I am going to discuss three of the most common musical missteps, and then offer a simple mental shortcut for how to overcome them. Full disclosure: Depending on the type of learner you are, some of these shortcuts may not work for you consistently. But if you find that you are having difficulty with any of these issues, it’s certainly worth a try!

Smile Into Three, or “Mi”

One of the most common singing drills for a variety of techniques is to sing a five-tone descending major scale pattern.

These patterns can be sung using solfege (Sol-Fa-Mi-Re-Do), numbers (5-4-3-2-1), or all on a single syllable like “ah.” One of the more difficult aspects of this exercise is singing the right pitch on in the middle, that is, the solfege “mi” or the number 3. All too often, students overshoot the motion between “Fa” and “Mi” (4 and 3), which throws off the rest of the pattern. That is because the difference in sound between “Fa” and “Mi” is smaller than the all the rest. The distance between sounds 1-2, 2-3, and 4-5 is a larger unit called a “whole tone,” whereas the distance between sounds 3-4 is a smaller unit called a “semitone.”

So how do we make sure to account for that smaller space between the “Fa” and the “Mi?” If something like “think higher” on that particular motion isn’t always having the desired effect, you can try smiling as you sing “Mi” or “3.” The effect of showing your teeth and raising your cheekbones is often just enough to put you in the right place as you descend to that tone.

Other students have also had success with raising their eyebrows as they move to that part of the drill. Even though this skill has much more to do with listening than the actual vocal technique, a little reminder to do something different, something “higher,” at the appropriate time can be enough to make the process more accurate.

Think Past the End 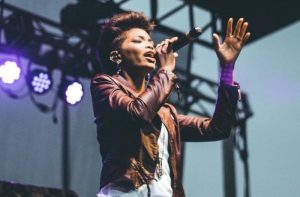 The last tone of a singing exercise, particularly one that descends to that last tone, has a danger of coming out sounding flat or stagnant. There is something about the last tone of a drill or song that often triggers some unconscious impulse to do it in a way that is different from how we were singing it earlier. This can manifest in several ways, from not starting it in the same way, to depressing the tongue in a way that pushes the sound too low, or altering the vowel of a word, making it sound unnatural. In any case, the fact that it is last can often create some undesirable effects.

So then, the mental shortcut to avoid that issue is to simply add an extra task after the last tone. If you plan to breathe at a specific time, it directs your focus and attention to the moment after to stop singing instead. This is a very important part of performance, because not only does it reduce the possibility of the symptoms I listed earlier, but it also helps not to “break character” too early.

Breathing at the end also ensures that you keep your mouth open after the last tone, which is better for acoustical reasons. Lastly, it is more accurate from a rhythmic perspective. If you were to look at the sheet music for a song, you will find that those long sounds at the end are often supposed to be held for a specific length of time in order to line up with a certain part of the beat, for instance.

Bring Higher Sounds to You 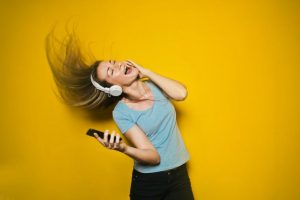 The last trick is meant to help resist common singing problems that could occur when we go for the high sounds. There are several physical issues that can get in the way, and most of them have to do with the mindset that those high sounds are somehow physically, literally, further away from us. Students will often try to “reach” for them by lifting up their chins, which distorts the shape of their instrument. The laryngeal positions also tend to shift up, causing a more shouty kind of sound.

It is important to remember that even though we often think about music in terms of physical space, like higher and lower sounds, that is not at all connected to how the singing process actually works. “Reaching” those higher sounds, comes from flexing the vocal muscle that is in charge of pitch control, the cricothyroid. You can’t fully flex your arm muscles if you overextend them and lock your elbows, right? The vocal muscles work the same way.

You need to bring those higher sounds to you, just like you would bring a weight toward yourself while doing a bicep curl. When you have to “reach” a higher tone in a song, instead think about bringing them closer to where you are. You could mimic the motion of a bicep curl, or perhaps you can visualize concentrating your energy into a ball in front of your chest. If you visualize some way to keep yourself stable and grounded as you go for the higher sounds, you are less likely to unintentionally do something that puts your vocal instrument out of alignment.

Use these solutions for common singing problems in your daily practice, and find out which of them works for you.