While learning the alphabet is often something that people think about as a preschool activity, it is a skill that is very useful at any point in life, which is why it should be a priority in your French language learning process. With shifting education platforms and new ways to do distance learning, why not take advantage of all the great resources available to practice and learn French alphabet pronunciation?

You’ll find that it has a much bigger impact on your speaking fluency that you might have imagined. Of course, French would not be French without some additional pronunciation rules that extend beyond initial alphabet memorization. But there are steps you can take to break down the mastery of the French alphabet and pronunciation to make it more approachable and fun. Because learning a language should be enjoyable!

How Many Letters Does the French Alphabet Have? 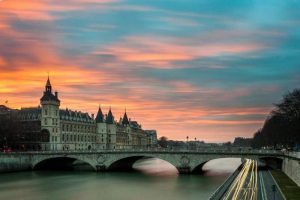 The French alphabet has 26 letters, and there is some good news! A lot of the letters will sound a lot like the letters you know in English, like “n” and “m”.

However, there are some differences to focus on that will take some time to master. While there are 26 letters, there are 37 total sounds that you can make with different combinations of said letters. It’s important to familiarize yourself with these finer points after you’ve mastered the actual alphabet.

A lot of people across many languages use songs to assist in the memorization process, and it’s remarkably helpful. 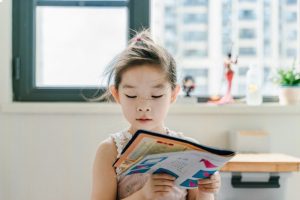 This is the fun part. Here is a helpful hint: don’t forget that “e” and “i” are easily mixed up for Anglophones when spelling the French alphabet aloud, as are “g” and “j”. Once you’re able to spell out the letters and listen to dictation of a word, it’s time to take the next step – practicing this in your everyday life. While doing spelling drills along with song practice is helpful, you can continue to practice to have it become more comfortable.

Remember, in a French-speaking country, people will ask you constantly to spell your name or email address if you’re filling out forms. Or you’ll have to ask them to spell their address for you. Feeling comfortable listening to and spelling words out loud is a shockingly necessary skill we often take for granted.

Just think, if you were in a French train station, and the platforms are listed A-G, would you be comfortable listening to instructions on how to get to Platform G? This video can help you practice. One good technique is simply listening to each letter, repeating it, and attempting to spell the word example given without peeking.

The Fun Facts About Vowels

Now that we’ve established that French has some special pronunciation rules for their alphabet, it’s time to get into the nitty-gritty about the vowels.

French has accents, which will change the pronunciation of the letter or series of letters. There are 5 accents total, 4 of which directly affect vowels. It’s important to review and become comfortable with the shifts in pronunciation based on the accents once you’ve mastered the French alphabet.

Continuing to deepen your knowledge of how pronunciation of vowels can change depending on the accent included is key. It will improve your pronunciation when you speak the language as well as when listening to it. There are some excellent resources to review typical vowel pronunciation with accents here. To reinforce your learning, there are video options here and here that can also help! Remember, practice and constant review will help you improve faster.

Consonants, like vowels, also come with their own exceptions to the rule. Firstly, the cedilla c, which looks like ç and is included in the very spelling of the langue française. It turns the hard “c” sound to a soft “s”.

Once you’ve moved past this pronunciation rule, don’t forget that consonants included at the end of the word are often forgotten and not pronounced. For example, “s”, “t” and “d” ending consonants have an abandonment complex because they are only acknowledged when the word is written.

It sounds confusing, but there are some great online resources for practice. Remember, spelling and pronunciation are not the same, so practicing both is very important for French pronunciation. 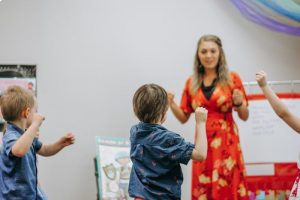 Songs and spelling games are really the best way to improve your French language mastery. Using songs has been scientifically proven to aid in memory retention.

Find a partner to help you when you’re working on your French alphabet pronunciation. Daily practice is important, as well as drills. With a partner either at home with you or online, you can both create daily and weekly goals for spelling drills. And you can practice and review of different vowel sounds that occur with both accent changes and different letter combinations.

You can have fun role playing different scenarios. Try pretending you’re filling out a form at a doctor’s office, giving your address to a friend, or asking for guidance in an airport or supermarket. Learning a language expands your social circle, and practicing it is always more fun with someone else!

French does have rules that are different in many ways from the English language. But with some practice, you can leverage what does help you as an English speaker and refine your French language knowledge. This will help you achieve natural French pronunciation, thanks to practicing the French alphabet!