Are you looking for fun, easy French songs for kids? Singing can be a useful and effective tool to learn a new language. Through singing, kids won’t only have a great time, they’ll also gain vocabulary and pronunciation skills, learn expressions and colloquialisms, and acquire an understanding of the context in which words are used in the target language. 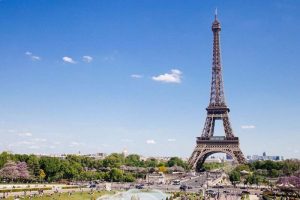 Luckily, there are countless French songs for kids that will keep your youngsters clapping, playing, and singing along. This way, they can learn this new language faster than ever.

What could be more fun than singing a round about a Brother who needs to wake up at three in the morning to do Matins?

Matins is a prayer service in some Christian traditions that is part of canonical hours to pray throughout the day. It usually always took place after midnight and before morning prayer.

While Matins isn’t something your children usually have to observe, the song brings an interesting historical twist, and furthermore, it’s always enjoyable to sing “Ding dang dong”.

Another beloved French song, Au Clair de la Lune is a beautiful piece to sing before bed. You can get fancy and incorporate harmonies, and you can also learn to play this easy piece on recorders, ukuleles, and other accessible instruments.

“By the light of the moon, my friend Pierrot,
Lend me your quill, to write a word.
My candle is dead, I have no light left.
Open your door for me, for the love of God.”

This song sings of one who needs to write by the light of the moon. In subsequent verses, she tries to get a quill from another woman!  Its composer and its lyricist from the 18th century are unknown to us. It is perfect for starting kids in singing foreign languages in its modest range of a major sixth. Although this author would transpose up by at least a fourth. Claire de lune is also a good concept to know when entering upon piano music and art song music of the same name.

Three young drummers coming back from war, (repeat)
Et ri ran, ran pa ta plan (drumming sounds)
Three young drummers coming back from warThis song is from the time of Louis XV (mid-18th century) and was popular among soldiers. One of the drummers is with a rose and asks the kings daughter for marriage. This drummer in the end happens to be wealthy and from England, thus earning her hand in marriage. This song uses repetition in its lyricism and spans a perfect octave for the enjoyment of children!

I went down to my garden

A very popular song speaking of a maiden who went to gather herbs and poppy flowers. A nightingale comes in subsequent verses to tell her that men are awful and boys are even more so. However, maidens are lovely! The song is popular and presents an uncomplex way to discuss meter change as well as motif.

There are so many more! Please research French folk music and take delight in the large library of music from which to choose!