Emotions are at the heart of the craft of acting. But how do you tap into your emotions as an actor? How do actors laugh, cry, and respond truthfully in the moment, using real emotions that aren’t just fabricated? What are some tips on emotional acting and emotional acting techniques that will help you tap into those real emotions, so your performance is believable to audiences?

In this article, we’ll look at some of the best, tried and true emotional acting techniques used by performers around the globe, as well as some tips on emotional acting that you can use in rehearsal and performance.

What Are The Best Emotional Acting Techniques?

Then, as the analysis is finished, you are working the scene. The scene work in this emotional acting technique is about being open and honest by letting go and trusting in the work you have already done to create a real experience. What sets Practical Aesthetics apart? The belief that characters do not exist. They are just words on a page. The job of an actor is to use those words and their craft to create an illusion of the character. This distinction frees the actor to focus on craft. Once the craft is applied to the scene work, honest and emotionally real stories are told.

Probably the most famous emotional acting technique of our time is The American Method.The Method uses an actor’s personal emotional life to create genuine feelings for the character to feel. This is not without it’s dangers. For The Method to work at it’s full potential, the actor must investigate the life of the character. Sometimes that means they must “live the life” of the character. That means that, at least to the actor, the character is a real person that the actor is stepping inside of to tell the story. The Method requires a certain level of dedication. “Method” actors have been known to stretch themselves, physically and psychologically, to “become” the characters they play.

Moni Yakim currently teaches movement for actors at Juilliard, and has been training actors there for over 52 years. While his training is not a codified “System” like The American Method or Practical Aesthetics, there is still much to be gained from his training. Yakim teaches about physicality and intention. To build rich characters you have to “find” the character physically and support the physicality with emotion. For example, Yakim, when working with Oscar Issac, said that a man who has the world on his shoulders is like a man walking into the wind. Being able to physically face the challenges of Yakim’s training requires extensive physical conditioning.

A Moni Yakim movement class is, to say the least, fast. One exercise leads into the next at such a breakneck pace that the student does not have time to be self-conscious. Yakim forces students to live in the moment and create with “…a body that is totally free, totally capable”, as Yakim puts it. The Moni Yakim student leaves him not only in the best shape of their lives, but also with a keen understanding of how to create, physically in the moment, and be open to the emotions that come.

Stella Adler taught actors to create imaginary circumstances for the character to live in. This is a departure from Stasberg’s Method that was popular at the time. For Adler, The American Method, as it later became known, was too psychologically dangerous for her. She taught that the actor must pay attention to the world around them with great detail so these memories can populate the world of the character. For example; if an actor is playing Romeo, they would need to know what Verona was like. What were the sights, sounds, and smells? How was the city laid out? The more detail the actor can get to, the better. It is only, according to Adler, through this kind of knowledge that an Actor can imagine the world their character lives in.

Adler training also demands that students commit, entirely, to the craft of acting. Practitioners, like those of Yakim’s training, need to be in the best physical shape they can be and rid themselves of toxic habits and relationships. Finding these habits is part of the training. You have to be brutally honest with yourself about what is healthy for you. Only then can you honestly create art.

Sanford Miesner taught that actors need to get out of their own head to truly be honest with the character. Miesner training is known for the seemingly endless repetition of lines or actions. The theory is that through repetition the actor will turn off their heads and respond instinctively. It is these instincts that we live by. Like Adler, Meisner believes that the actor needs to create imaginary circumstances and a complete emotional life for the character to be real.

Once the actor has created the circumstance and built an emotional life for a character, they improvise scenarios to respond with genuine honesty. If at any point honesty is lost, then the repetition starts again until the actor is, again, out of their own head. Then the improvisation can continue.

Meisner training is an emotional acting technique that’s specifically used in rehearsal. It is designed to access the intuition and freedom that only comes with letting go and trusting in the craft of acting. While this seems simplistic, when you begin the training you realize how much people, actors in particular, second-guess themselves. Meisner training, like all other acting techniques, requires the actor to be completely honest with themselves or all the work you put in will still feel forced.

Other Tips on Emotional Acting to Use in Rehearsal & Performance

One of the most effective ways to learn acting is knowing never to accept just the facts when it comes to relationships. The ability to tap into the emotions of your character is the foundation of great acting. That foundation is, in turn, constructed upon the bedrock of understanding your character’s relationship to everybody else.

For example, what is the relationship between you and your father in the context of the scene? Learning to answer this question is the first step in learning emotional acting technique. And yet, one of the most important tips on emotional acting is to always go deeper.

Relationships are nuanced, and the more you learn their complexities and layers, the better your grasp of emotional acting techniques.

Again, remember that you should never accept a simple factual statement as the answer to the following question: What is your character’s relationship to _______? No actor ever successfully tapped into a character’s emotions by providing answers to that question along the lines of “She’s my boss that I can’t stand” or “I’m the daughter he never knew he had who tracked him down 20 years after I was born” or even, “I’m a hired assassin and he’s the person I’m supposed to kill.”

Facts don’t tell you anything about the emotional tenor of a relationship. If you discover nothing else on your lifelong journey to learn acting, you need to uncover the buried treasure that is realizing the power of finding the nuanced details of relationships.

Of course, you need to know whether the other character is your wife or your sister, but you can’t stop there. It’s your job to figure out exactly what the nature of your relationships to the other characters are during the particular time in which the scene takes place. And that relationship may be completely different in the next scene, even if the next scene only takes place a few minutes later. Because of the fluid, surprising nature of emotions and their slippery grasp on relationships, it is quite simply never, ever enough to be satisfied with a factual description.

Let’s look at an example. The factual description of our two characters is this: one character is the President of the United States and the other is a 10-year-old boy. From this description we would probably expect that the President will be more knowledgeable, in control of his emotions, and the dominant member of the relationship.

Relationships and the emotions that drive them are characterized by a constant give-and-take of power. Sometimes one person has the upper hand and the next day that power has shifted to the other person. Understanding your character’s status in relationship to others will help you determine the true nature of your emotions. And remember, the facts often lie. For example, imagine there are two characters in a play, and the facts are the one is a company executive and the other is an entry level employee. At first glance you might guess that the executive has a higher status. But what if the employee knows that the executive has been embezzling money from the company? Suddenly the status shifts, and it’s the employee who holds the power.

Because of the time constraints inherent in storytelling, emotions and relationships often evolve quickly in the context of a scene or full production. A year in real life may play out over the course of a week on the screen or over the course of a night on the stage. Simply knowing the facts of the connection between your character and others will be of little help when it comes to tapping into the emotions driving the erratic nature of those relationships. Remember to go deeper, and look for the details and nuances, and this will help you develop your craft so that you can tell a compelling story onstage or through the camera.

Use These Tips on Emotional Acting to Build Your Acting Skills

Whatever emotional acting technique you use to strengthen your performance, one of the most effective tips on emotional acting is to explore the nuanced nature of relationships. That process is best facilitated by an experienced acting teacher, who can help you tap into a full range of emotions.

Ready to get started? Find an acting teacher near you here! 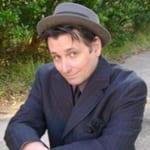 Timothy S. teaches writing online. He has his B.A. in English from the University of West Florida, and was twice named to Who’s Who Among America’s Teachers. Learn more about Timothy here!