The best actors make it look easy: they deliver their performances so confidently, with tremendous commitment and believability. To be successful as performers, actors need to develop certain skills. Natural talent helps, but the most successful actors work on honing their craft. In spite of the work actors do to prepare, it seems as though the confidence part comes naturally.

Many famous actors admit that they still feel nervous before a performance or when the cameras are rolling: yet, they still give off that confident air when we watch them. What’s the secret?  Confidence is a quality that can not only make or break a performance, in fact confidence (or lack thereof) can be the deciding factor in an audition. Do you have confidence as an actor? What if confidence was a skill you could develop and improve? 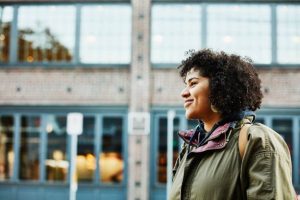 First: try and deconstruct why you don’t feel confident. Is it a feeling of nerves about missing a line of dialogue? Easy fix. Practice your dialogue over and over. If this is an aspect of performing that’s a struggle for you, you’re not alone. Many actors have trouble learning lines. Annotate your script so you have a strong understanding of the text; this will make it easier to remember.

Are you more of an auditory learner? Record your lines on your phone’s voice recorder app (all phones have them), and listen with headphones. Repeat the lines as you hear them. Record your scene partner’s lines as well, so you can learn your cues. Have a fellow actor, friend, or family member “run lines” with you (they hold the script and say the other character’s lines as you practice yours). Pro tip: if you miss a line, just say the word “line” in character so the other person can feed you the line right away: getting flustered and breaking character will only break your flow and wreck your confidence.

Perhaps your lack of confidence is stemming from something called “impostor syndrome”? This is a phenomenon in which an individual doubts their abilities so much, they fear being exposed as a fraud. It’s a terrifying feeling that you achieved your place in the cast by sheer luck rather than any ability, and soon everyone will find out.

One reason this term has become so popular lately is partly due to so many celebrities admitting publicly that they also suffer from it. If it’s so common, what causes it? That would take a whole other article to unpack. For now, let’s talk about how to deal with it.

Psychologists suggest that sometimes this lack of confidence stems from a sense that you don’t “belong”. Reframe this thought by imagining that you DO belong. Why think so little of your director or casting personnel that you are convinced they would make a bad decision? They chose you because you are RIGHT for the role.

If you feel this way before an audition, tell yourself: “I am the right actor for this production”. Amy Cuddy, in her famous TED talk, said “fake it ’til you become it”.  Just as you have to “become” the character you play, first you have to become the actor who can play them.

Flip the script (in your head, not the page) 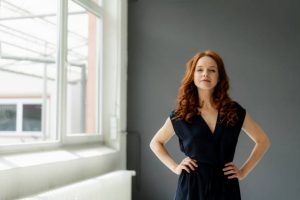 Maybe your lack of confidence stems from negative self talk that was learned as a habit from parents, teachers, or coaches (again, a topic that may be better suited for a professional therapist than a blog article); however, you have the power to write your own story.

Cultivate the ability to be your own cheerleader. Ask those who know you as an actor: what are my best qualities as a performer? Sit down and write a list of what you do well as an actor, even if you have trouble thinking of things. Examples can be: “I am a hard worker. I do my best to get along with my fellow cast members. I am creative. I show up to rehearsal on time…” and so on.

Finally, often an actor’s lack of confidence can simply be narrowed down to stage fright. We’ve always heard the anecdote that public speaking is the number one phobia among people; a very inconvenient fear if you plan to be an actor. Rather than imagine the audience in pajamas or something similar, it’s better to be as present as possible in the moment. When you go on stage (or on set), you’re not going on as you: you’re going as the character.

Unless your character is an actor in a performance, the only thing you should be thinking about is who you are (as the character), where you are (in the setting of the show), what are you doing, and why you are doing it.

Being present in the moment is the single most powerful thing you can do as an actor. It will always make your character more believable, and in turn will put you more convincingly in the scene in your own head. To do this, do your homework. Write out your character’s motivations and intentions, rehearse your lines, and practice, practice, practice. The more you believe what the character is doing, the more your audience will: and the more confident you will seem. Before you know it, you will, as Amy Cuddy might say, “become it”–confident.