There is a bit of a debate going on, for the last few hundred years, about “Character Acting”. There is no hard and fast rule as to what a character actor really is. One definition is, since all actors play characters, all actors are character actors.

There is another definition that calls character actors the strong performers who play the sidekick or supporting roles that really need to shine for the story to work; think Donald O’Connor in Singing In The Rain. He played a very large role and often stole the show, but he was not the lead actor, more on that later.

There is yet a third definition that calls “Character Actors” any actor that spends most of their career in character roles, it doesn’t matter if the roles are leading or not. This definition is about how invested the actor is to the character, think Heath Ledger in The Dark Knight. Now that we have talked about all that, let’s look at the question, “what is character acting?” 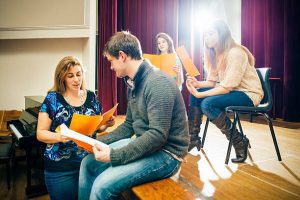 We are going to take the more classical approach and say that a Character Actors are actors that play Character Roles. A Character Role is the sidekick or supporting role. While the other definitions are perfectly fine. I find this definition to be the most exact. It also allows for individual actors to flow between Character Roles and Leading Roles.

The “Character Actor” used to be a step that every actor had to go through before you got a leading role. Before movies became popular, the mid 1930’s, it was customary for a young actor to join a troupe after an audition. Then, the actor would spend years playing various small parts learning how to act. Remember, there were not many formal acting schools. Those that did exist were prohibitively expensive. Most actors had to work their way up the ranks.

Actors like Laurence Olivier, Uta Hagen, Stella Adler, and John Barrymore all came through this system. It died when the movies wanted a person’s looks over talent and experience. It suddenly became possible for a young actor to get a leading role even though they have no training or experience. They made a name for themselves on screen and called themselves “actors”.

This was the birth of the rivalry between film and stage actors. This rivalry still exists, but I digress. The “Character Actor” was the step right before you were given a lead role. Some actors got stuck in this stage and spent most of their careers playing character roles.

This Sounds Horrible to Most People…

In this system an actor could waste away, playing second banana to the lead. I thought this way until I started really looking at the “Character Roles”. For example, let’s look at one of the best character performances of our age. Heath Ledger’s Joker. This performance has been talked about so much is it almost trite to say how good it is. I bring it up because, as brilliant as everyone else is, the driving force of the story is The Joker. It is my professional opinion and yes, it is okay to disagree, just give me a moment to state my case. 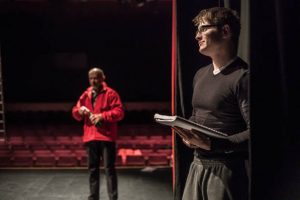 On the Female side of things, Juliet’s mother is a great role. She doesn’t have a lot of stage time, but when she is on stage she absolutely can go as far as she wants to make The Capulet house as dysfunctional as the director wants. The other truly amazing role, and for my money the best role in the show, is The Nurse. The actor playing The Nurse has to have the amazing comic timing and incredible dramatic range. It is a much better role, from an acting standpoint, than the lead because The Nurse doesn’t have to carry the story.

On the Male side of things, an often overlooked and under-rated character is Friar John. He, like The Nurse, needs both comic timing and dramatic range. The other amazing male role is Mercutio. The dynamic range needed to play Mercutio is staggering. He is not the lead by any means, but is where you cast your best make actor. If he doesn’t work, then the show is flat.

Take your favorite movie, any movie and really watch the supporting roles. Those are the real heroes of the story. These roles are the reason stories are told. Try to think of Star Wars without C-3PO, R2D2, or Yoda. They are all character parts and make the story as beautiful as it is.

What is Character Acting? It is the art of enabling the lead to carry the show while stretching the creative boundaries of the actor and character. While the Lead Roles are the meat of the story, Character Roles are the spices.