“Acting is living truthfully under imaginary circumstances.” Sound familiar?  This notorious phrase is the very foundation on which the Meisner Technique is build. What is the Meisner Technique, you may ask?  Simply put, it is the lifework of renowned acting master and teacher Sanford Meisner, whose technique has molded the modern American knowledge of what constitutes good acting.

The Meisner Technique was born and bred in the heart of New York City, at the Neighborhood Playhouse, a full time professional training conservatory for actors, established in 1915. Sanford Meisner, joined the teaching faculty at the Neighborhood Playhouse in 1935 and there, his world renowned method was actualized.  Originally an actor and student of Russian classical theater, Meisner found his true calling at The Playhouse— teaching.

Meisner used his own Russian training and knowledge of famed acting teacher, Konstantin Stanislavski’s methods, to develop his own technique.

Meisner’s technique was unique, innovative and very different from the well known ‘Method Acting’ technique developed by Lee Strasburg. In fact, it was arguably the complete opposite. This was what made it so exciting to actors and teachers, alike. It was new, fresh and entirely unlike anything they had seen before.

Meisner technique approaches acting from a very realistic perspective, with an emphasis on naturalism— while not over-intellectualizing the overall work. The technique encourages the actor to strip away excess thought and simply exist in the space, focussing mostly on their surroundings and scene partner, ceasing overthinking in the process.

Meisner exercises are still frequently used in the classroom today. Purposefully repetitive, these exercises can be exceptionally tedious — but often lead to tremendous breakthroughs for the actor.  The Meisner Technique plays off of three main ideas and components: emotional preparation, repetition, and improvisation.  Meisner believed that the main focus should be on the scene partner, removing the actor from the ‘live moment’ and allowing them to actually be more present. 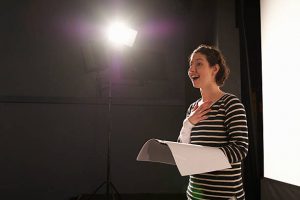 In Meisner Technique, everything must be inspired by the ‘other’ in the scene. Either the physical scene partner, or a relationship. This creates intensity in the relationship between actors, and strips ego from the work. It also ensures that choices are based off of real and spontaneous human reactions. The simple idea is that an actor plays off of their scene partner— he called this ‘emotional preparation’.

Repetition is at the Heart of Meisner Technique

The true foundation of Meisner teachings is repetition. These exercises are meant to get actors out of their heads, so that they can rely solely on their organic and natural instincts.  These instincts must be provoked by their ‘other’ in the scene.  Meisner believed that no choice should be made, no lines spoken, no ‘acting’ whatsoever should occur unless provoked by another person, this way, the work is always justified and never forced.

This means that the actor must be 100% immersed in their work. They must be open and ready to observe and react and on then can they perform.  Of course, Meisner wanted to obliterate the idea that acting is performing.  Rather, acting is the observation of very human, very real moments.

Bringing Personal Experience to the Work

Another unique aspect of the Meisner Technique is the usage of personal experience in the work. 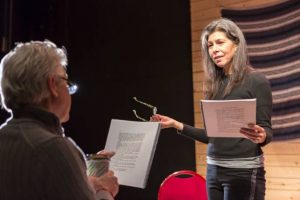 Meisner taught that by utilizing personal experiences, the actor could easily heighten stakes and make scenes more realistic and truthful.  Through drawing on actual life events, the actor can more easily tap into the naturalism of the scene of text, making it more meaningful to them, and therefore more exciting to the audience.

The Meisner Technique is certainly not for everyone.  As I mentioned before, many actors find the technique frustrating and the repetitive exercises maddening. However, Meisner Technique is included in almost every serious acting conservatory curriculum. Why?  Because it is one of the best, sure.  But why is it one of the best?  And why is it so beneficial, especially for the younger and developing actor?

The Meisner technique can be very helpful for those who over intellectualize emotions in the work or for general over thinkers.  If you are someone who notices recurring mental blocks with your improvisation, struggles with the preparation aspect of other acting techniques, or generally feels your mind racing; Meisner will help settle you down in your work and take the focus outside of yourself and onto your surroundings and ‘given circumstances’.

You can find Meisner classes all over the country at most theater schools and programs.  Of course, the best way to know if a technique is right for you is by getting into a class and seeing for yourself!