Hollywood actress, Rosalind Russell once said; “Acting is standing up naked and turning around very slowly.” Although meant as a joke, this is the best description of acting I have ever heard. At the core of acting, is truth and vulnerability. You cannot hope to be a successful actor without baring your heart and soul for the craft. But what exactly is the craft?

The History of Acting

In order to truly understand acting, one must understand the history of the craft. And, what a history it is! As you may know, drama can be traced all the way back to ancient Greece.  The earliest origins were discovered in Athens where ancient hymns, called dithyrambs, were sung to honor the greek god Dionysus. Dionysus was originally the god of fertility and wine, but later on became known as a patron of the arts.

This development came in the 6th century BC when Pisistratus, who ruled Athens at the time, created a series of new public festivals.  One of these festivals celebrated Dionysus.  This festival featured music, singing, dance and poetry. One of the most consistently popular performers at these festivals was a man named Thespis.  Allegedly around 534 BC, Thespis amazed audiences by reciting poetry as if he was the character whose lines he was reading. This was new and had never been seen before.  In doing so, he became the first actor and it is from him that we get the word Thespian. 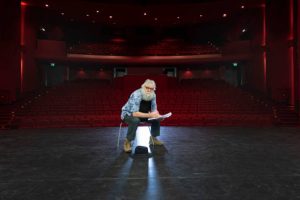 Now, enough history.  You came here to better understand the actual craft of acting. Well, simply put, acting is living truthfully in imaginary circumstances. This famous phrase was coined by master acting teacher Sanford Meisner.  The Meisner technique is one of the most popular acting techniques out there and for good reason.  The basis of this technique is that acting is no more than truthful human interaction.

If you think about it, we act every day. From when we are little and playing pretend, acting and using our imaginations is instinctual. Everyone has it in them. However, as we get older and develop more inhibitions, it becomes harder to tap into that unbridled creativity.

Still, we act. We naturally have the ability to act and we are all very skilled at it.  Consider telling a little white lie, pretending that you like your best friend’s new haircut or the meal your partner made for you.  You’re acting!  This is so important to remember: you already know how to act, and often the actor is the only thing getting in their own way.

Finding the Technique That Works for You 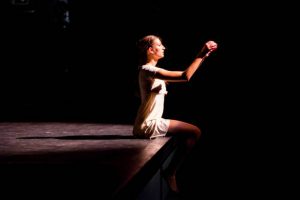 Acting puts the performer in a very vulnerable position and as an actor you have to be willing to dive into the character, often summoning up uncomfortable emotions and experiences.  It is easy to over analyze the script, scene or character.  Of course, it is important to be informed and prepared, but if you overthink what you’re doing, you run the risk of performing in a way that is pre-planned and not authentic. This can hinder your work and make it seem less believable. You must do your best to put yourself into the character you are playing.  If it feels real to you, it will feel real to the audience.

Still, how do you make it feel real to you? Every actor is different, but the best way to discover what kind of actor you are is by getting into a class.  There are many, many reputable acting techniques out there.  The first thing to do is research techniques and decide which speaks to you.

Another way to begin your acting journey is by taking a more general acting class that explores several different methods. This will expose you to a variety of styles and help you better understand acting as an overall art form.  Most theater companies and schools offer beginner acting courses where you might get an overview and get to test out multiple methods.

Finally, read, read, read!  Yes, the technique books are wonderful and a great tool when it comes to understanding the art form.  However, I find that the best way to learn about acting is through reading plays.  This puts the actor in the position of thinking about characters and plots from an actor’s perspective. Considering relationship, conflict, subtext etc.  This is why I always recommend that the actor reads an entire play, even if they are only performing a short scene or monologue from it.  You must understand the full journey of the character in order to authentically represent them.

So, what does all of this boil down to? Acting is living truthfully in imaginary circumstances.  Acting is being vulnerable.  Acting is preparation and intellect.  And, perhaps most importantly, Acting is playing pretend.  There is an actor inside each and every one of us. It is the most natural thing in the world, and human beings do it each and every day, whether they realize it or not.  You knew what acting was all along, because acting is always present.