Shout-out to the rock and roll dads out there! Read on as guitar teacher Matt K. shares his top picks for famous dads known for rocking out, plus the best Father’s Day songs from them to play…

Balancing studio time, touring, and constant press coverage is part of being a rock star. Add taking care of a kid or two (and doing it well) to the equation, and we have to wonder… how do famous musicians do it?

With Father’s Day coming up, it’s important to recognize all of the great dads out there, including the ones that make the music we love. Below, I’ve compiled a list of famous fathers, in no particular order, and which of their songs I’d add to a rock-heavy Father’s Day playlist.

Sir Paul McCartney raised four children with his first wife Linda Eastman. Heather (Paul’s stepdaughter), Mary, Stella, and James. All of them have become successful in their own right. Heather is a well-known artist, Mary is a photographer, Stella is a fashion designer, and James just released an EP called “The Blackberry Train” back in May.

Aerosmith’s frontman has four children. You may recognize at least one: Liv Tyler is an actress who has appeared in many hit films, including “Lord of the Rings”. Although his role as a father was not perfect — Liv wasn’t aware that Steven Tyler was her father until age 11 — they quickly made up for lost time. She even starred in Aerosmith’s music video “Crazy”.

The Prince of Darkness has two children from his first marriage, and three children with second wife Sharon Arden: Aimee, Kelly, and Jack. The latter two were featured on the reality show “The Osbournes” with the couple. Nowadays, Ozzy is more like the Grandfather of Darkness, with six grandchildren!

Slash is Guns and Roses’ famous top-hat-wearing guitar wizard. He has two children with pretty cool names: London and Cash. They were born in 2002 and 2004, respectively.

Super-shredder Zakk Wylde makes this list because of the awesome names donned upon his children. He has three kids: Hendrix Halen Michael Rhoads, Hayley Rae, and Jesse. Although Jesse didn’t get a rock and roll name, Ozzy Osbourne is his godfather.

Father’s Day playlist song: “Stillborn” (below is a video of Zakk improvising over an Andy James track)

Like Ozzy Osbourne, Blink-182’s drummer Travis Barker also had a reality television show. In “Meet the Barkers”, we got an inside look into this father and his home away from the rock life.

Father’s Day playlist song: “Stay Together For the Kids”

Kurt Vile is an indie rocker who helped form the band War on Drugs. He is now a successful solo artist who seems to be working on the next big thing constantly, but it’s pretty clear his family comes first; you can see his daughter steal the show in the video below!

Eddie Van Halen may be the coolest rock dad on this list. In 2006, Van Halen’s original bassist Michael Anthony was replaced by Eddie’s 15-year-old son, Wolfgang. Fast-forward to 6:40 in the video below and you can see them rocking out together.

Guitar god Carlos Santana has three children: Salvador, Angelica, and Stella. Nowadays, Stella is following in his footsteps by releasing an album — although you won’t find any guitar solos here. Instead, she has a more soulful and R&B vibe to her music.

Readers, who would you add to this list, and what other Father’s Day songs should be included? Vote for your favorite in the poll below, or let us know who you’d add by leaving a comment below! 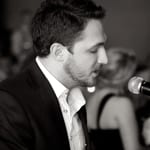 Post Author: Matt K.
Matthew K. teaches guitar, piano, and music theory lessons in Brooklyn, NY. He studied music composition at Mercyhurst University, and he has been teaching lessons for four years. Matthew is available to teach in-person lessons as well as online via Skype. Learn more about Matt here!