Country music was derived from traditional Western folk music, and roots music that originated from the Mississippi Delta. When it comes to playing country music, there are 12 essential chords that you need to master. These chords are used in thousands of popular, well-known country songs. 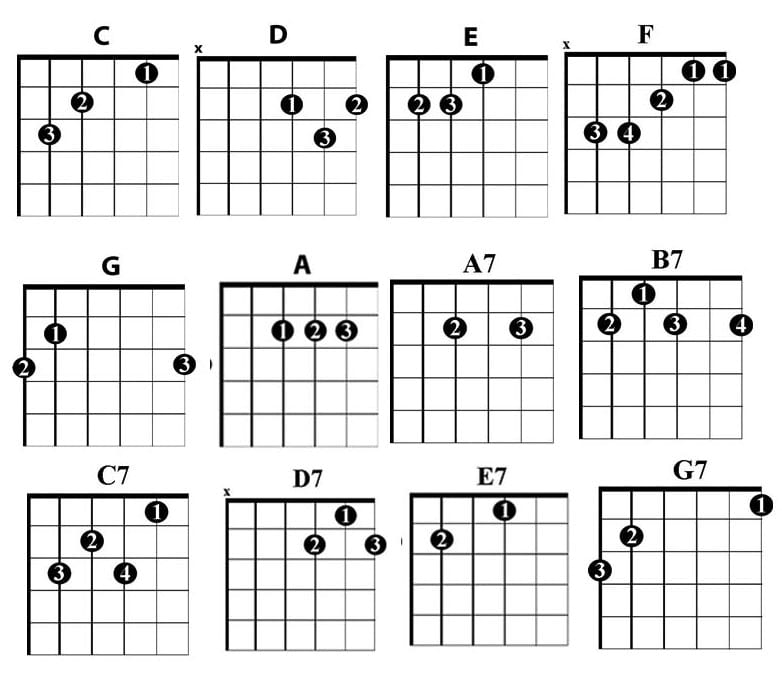 Here’s  a country chord progression that you should learn, practice, and master.

Remember, mastering the guitar can take years of practice. You don’t have to be the best guitar player in the world when you’re just beginning your journey. When you’re learning chords, memorize the finger placement so you don’t have to refer back to the diagrams. Playing a series of chords in a progression is the most efficient way to memorize chords.

Now let’s look at the basic music theory behind country music. Country music uses a lot of major guitar chords. It also uses the dominant 7th chords. These chords can be built in any key using any scale with a tiny bit of music theory knowledge.

Major chords are made up of three notes: the tonic, third, and fifth interval. These three notes are pulled directly from the scale of the chord that you are playing. Let’s look at the C major chord as an example. The C major scale is C(1)-D(2)-E(3)-F(4)-G(5)-A(6)-B(7)-C(8). It consists of natural notes (no sharps or flats). To build the major chord, take the first, third, and fifth notes from the C major scale (C-E-G).

Build Your Own Progressions

I will use E major to show you how to build your own progression. Use the E major scale, lift the tonic (E), third (G#), fifth (B), and the seventh note (D#). When you build a major triad over these four notes, you get the four chords of the I-III-V-Vii chord progression. This rule will work for any chord progression you want to build.

There are hundreds of songs out there that use the 12 essential country guitar chords. Alan Jackson’s song “Drive”uses G,D, and C, and repeats the G-D-C-C  pattern for the majority of the song.

“Check Yes or No,” by George Strait, uses a I-IV-V chord progression in the key of D. The D-G-A pattern repeats throughout the song.

Now that you know the essential country guitar chords and the history behind them, it’s time to start practicing. You can use these classic country songs to practice the chords and perfect your technique.

Need some help perfecting your country guitar skills? Find a private guitar instructor near you! 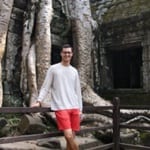