While certain types of guitars are standard in modern culture, the instrument has a wide variety of expressions that is nearly impossible to tame. From the ancient Greek kithara to the guitar-like lute from pre-modern Spain, the many different types of guitar vary just as much as the people who play them. 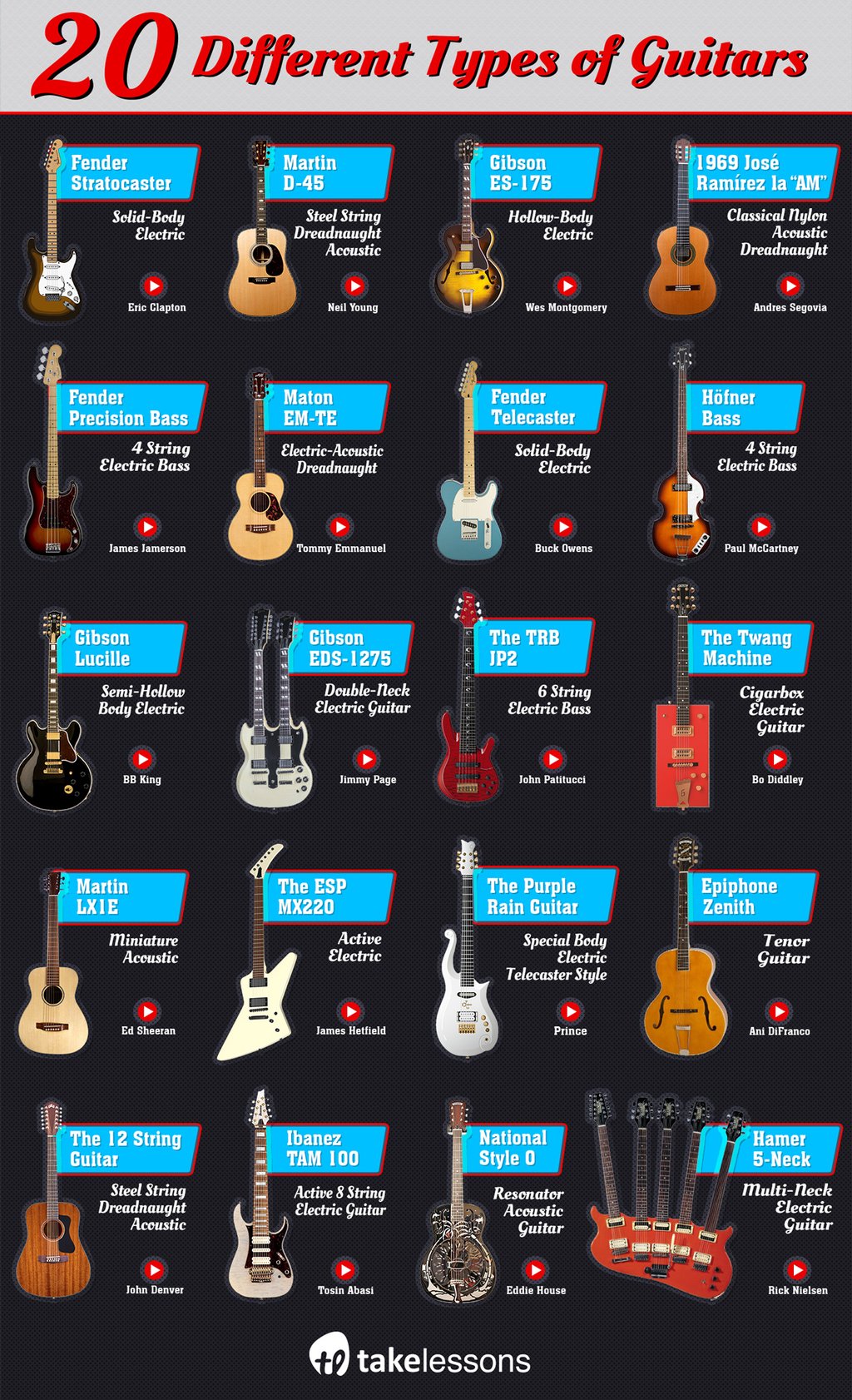 Do the various types of guitarists influence the type of guitar that should be purchased?

Each of these guitars is famous because a great player created a moment with an audience that carried that memory with them long after. If you’re a guitarist, remember to take every opportunity to explore the different guitar types on your journey.