Whether you’re brand new to guitar, or just new to classical guitar, you might be wondering, “what’s the deal with tabs and sheet music?” Let guitar teacher Raymond L. clear up the fog and put you on the right path to classical guitar success…

To get started, let’s be sure to clearly distinguish standard musical notation from what we call nowadays “tab” notation.

Tabs have 6 lines which represent the 6 strings of the guitar. It is commonly used in notating rock, pop, folk, ragtime, bluegrass, and blues music and is mostly related to the acoustic and electric guitar.

What is Standard Musical Notation?

Should I Learn to Read Standard Notation or Can I Use Classical Guitar Tabs?

To answer the above question you should ask yourself first: Do I want to study classical guitar and start a career, or do I want to play guitar just as an amateur?

Even though there is no such a rule that says that it is imperative that an amateur or even a professional must learn standard notation, you, as a serious classical guitar student, will want to access the existing information in order to achieve the utmost technical & musical development contained in standard notation.

There have been various attempts trying to incorporate all this information in a Tab notation but they are generally quite cluttered and difficult to read.

Also the best existing method books used to teach classical guitar are, as of this day, written in standard notation, such as Arenas, Solo Playing Guitar, and Melodic Guitar,  just to mention a few.

Other limitations of “contemporary” tab notation vs standard musical notation are: 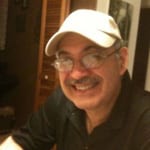