Are you tired of the same old guitar tuning? Are you looking for a new way to challenge yourself and explore your creativity? If so, then alternate guitar tunings may be just what you need.

Alternate tuning guitar chords can add a new dimension to your playing, and open up a world of possibilities for exploration.

In this blog post, we’ll take a look at some of the most popular alternate guitar tunings, and show you how to get started using them. So let’s dive in!

How Many Alternate Guitar Tunings Are There?

But before you start playing around with alternate guitar tunings, make sure you’ve mastered the basics. Know how to tune a guitar the right way – sign up for guitar lessons with a pro and check out the video below:

Before you start playing around with alternate tunings on your guitar, keep these tips in mind.

FIrst, always use an electronic guitar tuner, both as you play around with alternate tunings and when you try to get the guitar back to standard tuning. While it’s a good idea to make an effort to tune by ear, tuning the string to each other by using reference pitches, having a tuner will make your life a lot easier.

You can use the electric tuner to quickly and efficiently verify that your tunings are to correct – and to “fine-tune” as needed (see what I did there?).

Being able to tune by ear is an important skill to have as a guitar player, but you shouldn’t be too proud to rely on the tools we all know and love – like that guitar tuner! You might even choose to use an alternate guitar tuning app like the ones below to help give you an idea of how your guitar should sound:

What Are Alternate Tunings on Guitar?

One of the amazing things about the guitar is its versatility. Not only can you play rhythm and/or melody in different genres, but you can also change the tuning (or the key) to create different atmospheres.

Not all songs are written to be played in standard E-A-D-G-B-E tuning, so if you want to expand your range as a guitarist, you need to learn play some alternate guitar tunings.

If the only alternate tuning you know is Drop D tuning, then this tutorial will introduce you to some new concepts. We will focus on three open tunings: Open G, DADGAD, and Open D.

So if you’re ready to experiment with some new sounds, keep reading!

You may already be familiar with drop D tuning: Take your low E string and tune it down a whole step to D. In this tuning, you can play power chords by barring the low three strings.

Drop D tuning is usually associated with metal music, but you can also play other songs like the Foo Fighters’ “Everlong” and “I Might Be Wrong” by Radiohead.

Now when you strum the guitar, you’ll play a G chord. This tuning makes the guitar resemble a banjo, except with a banjo, the low G string is a high G string and the low D is not there. You can play some banjo songs in this tuning, substituting the high G with the low G offers a new sound on some traditional banjo songs.

I primarily use this tuning for blues, folk, bluegrass, and rock, but I’m sure you can find other genres to play in this tuning. A couple of songs that use this tuning are “Poor Black Mattie” by R.L Burnside and “Death Letter” by Son House (or covered by White Stripes).

The beauty of open G tuning is that you can strum the bottom five strings together and play a melody with any of the strings as long as the note is in the key G. You can also get any major chord you like if you barre the fretboard on the corresponding right fret (the chord is based off the notes on the G strings).

If you want a minor chord, barre the fret but play a half-step lower, on the B string. Alternating between the low G and D strings gives you fun bass lines, too.

If you would like to learn more chord shapes simply look online for “banjo chord chart” and apply those shapes to the guitar in this tuning.

DADGAD is very similar to open G. For this tuning, just tune the fifth string back up to A and the B string to A. This tuning opens the door for some really neat sounding modal music.

You can play folk music, like Paul Simon’s version of “Scarborough Fair” and “Armistice Day”, some rock music like Led Zeppelin’s “Kashmir“, or even nu-metal like Slipknot’s “Circle“.

Open D tuning requires four strings to change notes. Tune the E strings down to D, the G string to F#, and the B string to A.

Now, when you strum the guitar, you’ll get a D chord. Again, I mostly use this tuning for rural music (blues, country, bluegrass, ragtime, etc.) This tuning is also my favorite to play the slide guitar.

Go ahead and strum steadily on the low D string while playing melody notes on the high D and A strings, and tell me that’s not one of the most sultry sounds you’ve heard! A couple of my favorite songs in open D are “Blind Willie McTell” by Statesboro Blues and Bob Dylan’s “Corina, Corina“.

As with open G, you can find any major chord by barring the corresponding fret (the chord is based off the note on the D strings). If you want a minor chord, play a half-step down on the F# string.

Here are a couple of open D chords, besides barre chords, to get you started.

This alternate guitar tuning requires you to drop your low E string down a  C. You’ll have to lower all six strings of the guitar to do this.This guitar tuning is similar to Drop D in that the fingerings and chords are all identical, but they sound lower and have a more bottom-heavy intonation. It’s found in a variety of genres, most notably hard rock and metal.

Another popular alternative guitar tuning is open C. This will make your guitar sound open, wide, and meaty, but since you’ll be tuning your strings down several steps, the strings might rattle and have more slack than they might in standard tuning. This tuning is found in many genres, including folk and indie music.

Drop B will make your guitar sound dark and heavy, making it popular in metal and other “heavier” genres. You’ll tune your low E string down by two and a half steps, which alters the sound of the other five strings to be one and a half steps lower than standard tuning.

This alternate guitar tuning offers only a slight variation from standard tuning. It changes the sound of three out of six guitar strings, letting you form an E major chord when you strum the guitar in an open position.

This alternative guitar tuning is popular in folk, blues, and rock music.

Drop A tuning requires you to tune all strings down a fourth and then to turn your low E string down by an additional step, so it will look like this: A-E-A-D-F#-B. It’s popular in hard rock and heavy metal.

It’s popular for electric guitarists and gives you a sound that’s identical to a first-position A chord in standard tuning.

Are Alternate Tunings Bad For Your Guitar?

Most of these tunigns are lower in overall tension than standard tuning, so there’s not really any risk of applying more tension than your guitar can handle. Plus, you’re going to have to replace your guitar strings at some point, anyway!

So, if you’re looking to change up your sound, or just want to find a new tuning that works well for you, try out some of these alternate guitar tunings. You may be surprised at how great they sound!

I hope this gives you some new ideas on how to approach the guitar. Have fun with these alternate guitar tunings. They changed the way I think of guitar and I hope they do the same for you, especially if you’re a fan of delta blues and folk music!

If you need help with any of these alternate guitar tunings, ask your guitar teacher to go over them during your next lesson!

Want to ramp up your guitar skills at home? Try one of our free online group classes! 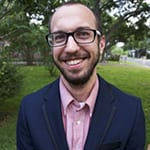 One thought on “Step Up Your Game: 10 Alternate Guitar Tunings for Beginners”