French, la langue de l’amour, is also well known for a sharp sense of humor that is often used to unflinchingly point out the satirical side of reality. Usually funny when taken in stride, the good news is that there are also unique elements about this language that are amusing for Anglophones.

You can laugh with the speakers of the language and use it as a creative way to reinforce vocabulary or learn fun slang words, while also coming to understand French culture just a little bit more. The sense of humor is always a component that takes time to grasp, more so than the fundamental grammar. These French language memes will make you smile, laugh, or both, and are amusing for anyone from a dedicated Francophile to a new beginning learner.

1. For those of us who have been called on in French class, this meme says it all. 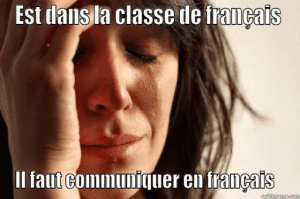 Translation: “In French class, you have to speak French”. This might seem like a “duh” statement, but you will understand my pain if you have also been caught like a deer in headlights, wondering how you’re going to conjugate that verb your instructor has just asked you about. It’s difficult, but the more you practice, the easier it gets. And French needs a lot of practice. Speaking of pain…

2. Why is the most important meal of the day painful? 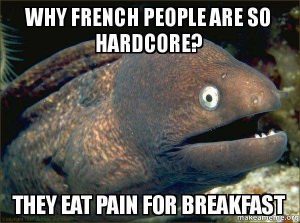 Translation: the word for “bread” in French is “le pain”. It is a masculine noun, hence the article “le”, and is pronounced “pa”. The “a+i” doesn’t make the same sound, and the “n” is silent! So how’s that for pronunciation? French bread is famous internationally, and it is true that they are just as in love with it as you would expect! Bread is expected to go with everything. They start off their days with some version of bread, or sweet breads, with coffee, of course. It’s a carb-heavy type of meal, and super convenient for those of us who are used to inhaling breakfast as we run out the door. The boulangeries will sell you delicious, fresh bread that you can pick up on the run!

3. While you are munching on your pain, think about this delightfully confusing interaction: 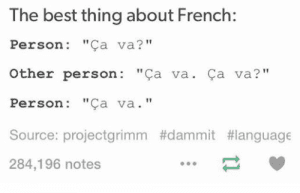 Translation: Person: “How are you?”

Does this make sense to a non-French speaker? Perhaps not, but if you spend any time in France, you’ll both hear and use this phrase constantly. It’s succinct, efficient, and encompasses everything you need in a standard, socially-accepted interaction. Unlike other languages, for which you might need to learn 6-8 words to have this same interaction, the French have boiled both the question and answer down to two words, two syllables: Ça va. Throw in a “merci” for additional polite points.

The refined, dry sense of humor 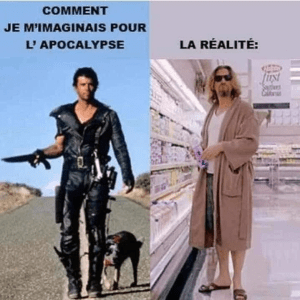 Translation: On the left, it says “How I pictured myself in the apocalypse”. On the right, “The reality”. French people really do have a keen sense of humor, delighting in the every-day occasion that presents itself for ridicule. In this strange, pandemic-filled world, this French meme sums it all up – our ideas of how cool one could be during a crisis, and in reality, how so many of us have confronted Covid stay-at-home orders – in pajamas, shopping for our 2nd and 3rd breakfasts of the day.

The French have an undying love affair with le fromage 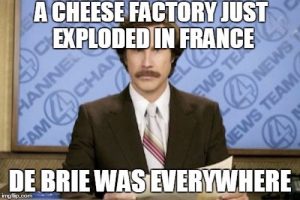 Translation: Ok, here it is not as much of a translation, but maybe more of an explanation. Fromage (cheese) is everywhere, even as a dessert. And Brie is a cheese the French are known for and proud of, from the Parisian region. It is simply delicious with a quintessential baguette, and certainly France would not be France without it.

Even LOTR French language memes know that French is a difficult language. 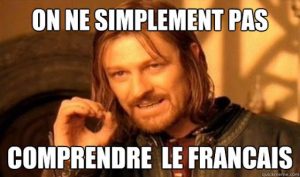 Translation: One does not simply understand French. For those who speak French, either natively or from taking courses, there is an overall agreement that the exceptions to the rules have exceptions upon exceptions. If you inquire as to an actual reason why, more often than not, you’ll hear an “I don’t know, but that is how it is” type of enlightening explanation. And there you have it, the language of Moliere remains an art, not a science.

They can poke fun at themselves with their own biting  humor 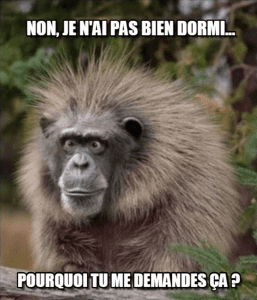 Translation: No, I didn’t sleep well. WHY ARE YOU ASKING ME THIS? If there is one especially admirable thing about French culture, it is their blunt assessment of life and themselves. You can hear people making comments we might perceive as rude, but are rather simply a direct observation. You’ve been warned: if you gain weight, don’t put yourself together, or look hassled, you might get called out. It isn’t personal, everyone does it.

A French speaking country is not always understanding of language dilemmas. 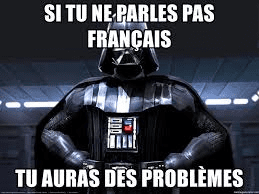 Translation: If you don’t speak French, you will have problems. France is not Scandinavia or a country filled with fluent bilinguals. And really, why should it be? They have their own language to be consistently proud of and defend, regardless of the ample English used in marketing. I highly recommend practicing basic French phrases before spending time in France, as it will make your experience much more pleasant. The French are understandably proud of the culture, food, and language, and defend it fiercely when tourists or foreign residents do not seem to value it the same way. And yet… 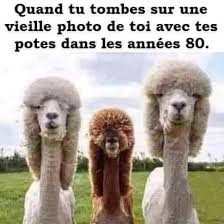 Translation: When you stumble upon an old photo of yourself and your buddies from the 80’s. French slang is varied and often difficult to learn when you first arrive. “Les potes” sounds like “pots” but really means “buddies/good friends”. It’s something everyone uses instead of “les amis” that we so often learn in class. As a side note, “mon poulet” (my chicken) is another fond way of referring to a close friend.

And finally, another example of their unabashed blunt point of view is highlighted in this French language meme: 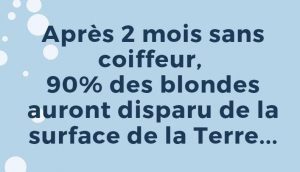 Translation: After 2 months of no hair dressers, 90% of the blondes will have disappeared off the face of the Earth. Never ones to miss out on the pandemic fun, the French have called out a classic portion of society, the bottle blondes. Whether you’ve wanted to admit to the natural or dyed reality in the past, the pandemic has ways of bringing the truth to light. 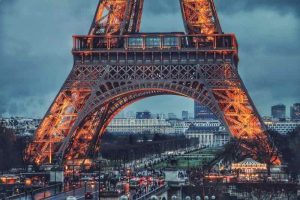 And there you have it. Languages are reflections of culture, and embody integral aspects of the same. For the French, life without cheese, bread, humor, or indeed, their beloved language, would lack a certain je ne sais quoi (I don’t know what), but it would definitely lack the very underlying fiber of what comprises a classically French outlook on life. Hopefully these French language memes have given you a new perspective on the humorous contradictions and cornerstones surrounding French.