Curious about keys? Guitar teacher Alexander A. breaks down the guitar theory behind understanding keys…

What key am I in? For most of the music we play this simple question yields a simple answer. I think the REAL question here is “why.” Why is a piece of music considered to be in the key of G major, or A minor, or any other key? I was in my 3rd semester of Jazz Harmony at Berklee when the instructor stumped the entire class with this question. I think the answer will surprise you.

The Role of Theory

Before we get more involved with keys, let’s talk about the role of music theory in general. Don’t run away…this will be quite painless. Theory simply describes what we hear by defining groups of notes on a spectrum between dissonance and consonance, or, between tension and resolution. For example: a minor chord is a little more dissonant than a major chord, and a diminished 7 chord is quite a bit more dissonant than either of them.

Just as words describe what we see, music theory describes what we hear. Your ears already know it, the theory just gives it a name.

See? That wasn’t so bad.

Of course, chords aren’t played on their own. We usually hear them in the context of a piece of music. Try playing these chords in this order, one chord per bar (bass players play arpeggios or roots):

The G major chord, being our first chord and having no context, sounds relatively neutral. When we change to the C chord the tension increases a bit because we have moved away from G, which our ears have started getting used to. The D7 brings even more tension before finally resolving back to G. Can you hear the resolution of the G major chord?

The chord that provides the strongest resolution may be referred to as the tonal center. This means that the combination of notes played throughout the music make the G major chord sound and feel the most resolved. Therefore, we are in the key of G. (Technically speaking, the tonal center refers to the root of the chord, but let’s not split hairs.)

The resolution of the tonal center should feel like “home” for the song, providing a feeling of stability and conclusion.

So WHY is this music in G? Because it SOUNDS like it!

The A minor chords in this progression give that feeling of resolution, so I’d say this piece is in A minor.

“That’s all well and good,” you say, “but can’t I figure out the key without playing every single chord?” My thoughts exactly.

It’s true that the conclusive evidence to tell you what key you are in is always “because it SOUNDS like it.” However, there are a couple of easy clues you can look for to point you in the right direction. Check it out…

The key signature is the collection of sharps or flats that appears at the beginning of each line in your sheet music. This will tell us which notes will be sharp or flat throughout most of the piece. It is your first big hint as to what key you are in and will point to both a major AND a minor key as probable candidates (we’re narrowing it down here). For example, a key signature with 2 sharps will probably be in the key of D major or B minor because both of those keys have 2 sharps in them. Always check your circle of fifths to find your major and minor key candidates. A key signature is like the mark of Zorro – it’s the key saying, “I was here!”

What about when there is no key signature?

Good question. Remember, the keys of C major and A minor have no sharps or flats, so none will appear in the signature (think of it as the invisible key signature).

Here’s a real giveaway: the song usually STARTS and ENDS with the chord of the key you are in. Notice how our example in G major both started and ended with a G chord. It was the same with A minor. But don’t count your chords before they hatch, because this is not always the case. Always check your key signature and listen for the resolution.

While knowing what key you are in is not strictly necessary, it is extremely useful. Keys are your starting point to understanding music and making more informed choices as a player.

Musicians ultimately define keys based on sound, NOT based on theory. This can lead to some ambiguity over what key a piece of music might be in. Two competent and informed players may have a legitimate disagreement about keys. That is to be expected because those players might hear resolutions differently. However, nothing is worse than a bar fight over what key you are in, so let’s be civil about our musical differences.

There is a multitude of other arguments that one can make to define the key you are playing in. And while I have oversimplified a complex topic, this statement always holds true:

“This music is in this key because it SOUNDS like it.”

Looking for more help understanding guitar theory? Search for a private guitar teacher near you or online! 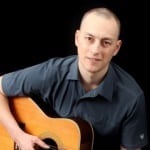