Don’t let anyone tell you the bass is easier than a regular guitar just because it has less strings! Bass guitar teacher Kevin S. shares the unique challenges you face as you learn bass guitar…

Any bassist who has regularly played with a guitarist who uses a capo has discovered that this simple tool can be confusing to deal with at first. This is a where good transposing skills come in handy, especially if the guitarist is referring to the chords they are playing by shape. For example, you may hear “It’s a D chord” when in fact the guitarist is playing a ‘D’ chord shape with capo on fret 2, resulting in a E chord.

2) The Need for Compression

Compression is an effect used in live performances as well as on studio recordings that minimizes the dynamic range of an instrument. Compression is most often used on drums, vocals, and bass. Many bass players struggle with the uncompressed nature of the instrument. Some notes are inherently louder or softer than others, which can make producing a consistent volume challenging.

Lower frequencies require larger instruments to produce them, and larger amplifiers and speakers to push them. Not only is the bass guitar longer and heavier than the guitar, but bass amps tend to be larger and heavier as well. There are many ways you can counteract this physical issue. Short-scale bass guitars, chambered bodies, and wide, heavy-duty straps can help manage the weight of the instrument. In regards to amplifiers and speakers, neodymium speakers, class-D amplifiers, and casters or wheels are great options for reducing weight.

In addition to the creative and technical challenges of improvisation, soloing on the bass comes with some acoustical challenges as well. Unlike a guitar solo, whose notes reside on top of the mix, a bass solo has to punch through the mix, since the instrument itself resides in the low end of the frequency spectrum. Soloing on the bass can be a frustrating endeavor if the rest of the band doesn’t come down in volume to make room for the soloist. Depending on the style, it can also be difficult to produce the necessary volume to compete with ambient noise of the venue. As luck would have it, the bartender often fires up the blender when its time for the bass solo.

Arguably the most important relationship between instruments in a band is the relationship between the bass and the drums. When the bass and drums are tight and working together, the effect is fantastic. However, playing with an inconsistent drummer, or even worse, a drummer who doesn’t listen, can be a frustrating endeavor. If you find yourself in this situation, it is best to take a step back and simplify. If you are struggling to make a good connection with a drummer, relax, focus on beat one, and build from there.

One challenge facing bassists is choosing a proper number of strings. The standard bass guitar has four strings, but five and six string models have become increasingly popular over the past few decades. Choosing a proper number of strings is purely subjective, and is mostly affected by what styles you are interested in playing. For country, blues, jazz, and rock music, a four string bass will work great. For other styles, such as metal, fusion, latin, and solo bass playing, a five or six string bass may be preferable.

The bass guitar is a physically-demanding instrument. The first parts of your body that will suffer heavily from playing the bass are your fingertips, especially if you play fingerstyle. The best advice I can offer is to focus on multiple, short practice sessions instead of long ones. This will allow your fingers time to harden without risking blowing through a callus altogether, requiring you to start building from scratch.

Effects are not meant for just guitar. They sound great on bass too! However, there are some special considerations when applying effects to bass. The most important consideration is frequency-based effects, most notably wah-wah. Effects that are designed for guitar will at times not work on bass, simply because they are designed for the frequency range on the guitar, and therefore do not effect notes in the lower range of the bass very well, if at all. Distortion, delay, and  reverb can all sound great on bass, but if not used properly, they can muddy things up quickly.

10) Not in the Spotlight

Of all the instruments in a standard band, the bass is the one that goes unnoticed most often. This is not because it is unimportant, but because it is so foundational. To the average listener, the bass is certainly there, but is not as discernible as a guitar, voice, or horn. It can be frustrating to feel like the audience isn’t aware of your invaluable contribution to the group. Remember though, that without you there, the audience would certainly notice something lacking! 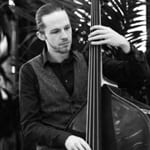 Kevin S. teaches bass guitar, piano, ukulele, and upright bass in Salt Lake City, UT. He began studying music at age 4 and graduated from the University of Utah with a Bachelor of Music in Jazz Performance. Kevin regularly performs in Salt Lake City and Park City and spends time as a studio musician and producer.  Learn more about Kevin here!

One thought on “10 Problems Only Bass Players Will Understand”