When you’re learning guitar, it’s essential to practice between lessons. But a long guitar practice can be overwhelming and exhausting, and sometimes, it can even be counterproductive! We’re not telling you to ditch practice altogether, but we want to help you make the most of your time. Here, guitar teacher Andy W. shares his method for an efficient, effective guitar practice routine…

Has this ever happened to you? You feel frustrated and exhausted after a long guitar practice. After an hour of playing the same song, it just doesn’t sound much better. Sure, you’re more comfortable with the notes, but they don’t seem to fall naturally into place.

We’re all familiar with the phrase “practice makes perfect,” and with that in mind, you reluctantly buckle down for yet another hour of guitar practice.

This is a common experience for most musicians, including myself. However, I’ve recently discovered a guitar practice routine that not only improves my performance but also makes guitar practice more spontaneous and fun.

I propose that you experiment using three sets of three in your daily guitar practice routine. This method is called interleaved practice (or random practice). I learned about it from a video with performance psychologist, Dr. Noa Kageyama.

The first step  is to pick three things to focus on. For a beginner, this might look like this:

Now, start with the first item, the chords for the verse of “Brown Eyed Girl” by Van Morrison. You only need to practice that for as little as two to five minutes.

For the second set, practice each item in the same order for the same amount of time.

Why This Method Works

Here’s why this guitar practice routine works: As you move from one task to another, you force yourself to quickly forget what you just did. Then, because you forgot a task, you’re forced to remember it when you return to it.

According to Dr. Noa Kageyama, this act of remembering is called effortful recall . Studies show that this helps you develop long-term improvement in a subject.

With three sets of tasks, you can experience effortful recall twice to solidify the neural connections that will make the memory last.

Tennis as an Example

While this method is great for guitarists and musicians, interleaved practice has worked wonders for athletes as well.

Dr. Kageyama gives this example in his video: A tennis player could practice their back-hand swing, forehand swing, and then volley shot – each for 15 minutes. Unfortunately, this method requires a much slower rate of effortful recall than a player would actually experience in a real game.

Instead, if they reduce the time they practice each swing to two to five minutes, they will experience a much more rapid rate of effortful recall. This will simulate the fast-paced demands of an actual game, and the player will retain more of their practice.

The Effects of Interleaved Practice vs. Traditional Practice

It’s important to understand the effects of interleaved practice vs. your old guitar practice routine, where you focus on a single task for an extended period of time. In a traditional guitar practice, you become really comfortable with the tempo, the notes, the feel. You get really good at one song for one day. This can be very helpful at certain times, but not always.

When you practice a song one day and then sleep on it, you forget a little about how you played it. The next day, you begin your practice from a much lower level of performance than if you had used interleaved practice.

But, there’s also a downside to interleaved practice. With this method, you don’t allow yourself adequate time to become comfortable with a song. This can be discouraging in the moment because you probably won’t become great at that song in just one day.

While this might seem less than ideal, you will notice the benefits of interleaved practice the next day, when you retain much more from your songs, and start from a greater level of performance than if you had just focused on one song the entire time.

With traditional practice, you have to sleep and wake up in order to forget and remember, which is what helps to strengthen your memory. But with interleaved practice, you’re forgetting and remembering in a matter of minutes!

I know it can be difficult to give up your old guitar practice routine, especially when that’s what you’re used to. I recommend trying just one interleaved practice; if you like it, then make a habit of it.

After trying interleaved practice, I noticed a significant improvement in my performance. My hands just seemed to know where they were going on their own. In my students, I’ve seen big improvements in their retention of songs. For some of them, it’s been the key to learning songs quickly and effectively.

I encourage you to incorporate the interleaving method in your guitar practice routine; you’ll be amazed what it can do for your playing. Happy Practicing!

Have you tried interleaving practice? Leave us a comment and let us know what you think! 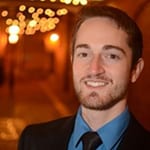 Post Author: Andy W.
Andy teaches guitar, bass, piano, music theory, and more in Englewood, CO. He is a guitarist, bassist, pianist, singer, composer, and educator with a Bachelor’s of Music from the University of Northern Colorado. Learn more about Andy here!

One thought on “The Interleaving Method: A New and Improved Way to Practice Guitar”