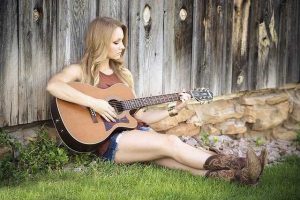 For many people, the Beatles ARE rock and roll. Few – if any – artists have had so profound, so enduring, or so eclectic an impact on the music scene as the Beatles. In only 10 years together, they produced 13 full length albums, including some of the most iconic tracks in the modern canon. Even those with no special attachment to the band can probably name a dozen or more Beatles songs. So, whether you’re looking to join a Beatles tribute band, mix some crowd-pleasing covers into your setlist, or reimagine a classic in a new style, there is something to be said for taking a stab at the Fab Four’s impressive catalog.

With songs ranging from bubble-gum pop and heartfelt ballads to folk rock, hard rock, and psychedelia, it’s hard to definitively describe the Beatles’ style. But there are a few constants that marked the band’s sound from the early pop records to their later experimental work. Here are a few things to keep in mind when tackling a Beatles song on guitar. We will look at each of these factors in turn in the context of a single song, “Something,” off of Abbey Road, but these features are fairly universal across the band’s career.

George Harrison is rightly remembered as one of the most innovative lead guitar players in history, but he was not a shredder. More deliberate and understated than virtuousos like Jimi Hendrix and Eric Clapton, Harrison’s lead lines always served the song first. Certainly, they feel downright simple compared to much of the hard rock that would come shortly after the band’s breakup.

But don’t be fooled. Simple doesn’t mean easy. The simplicity of Harrison’s lines just means it is that much more important to articulate cleanly and with emotion. Listen to the simple 5 note lick that opens “Something.” Every note matters. The “weeping” tone quality of the lead line provides the context for the rest of the song. It takes practice to develop that level of precision and feeling.

The same can be said for the arpeggios Harrison plays during the verse, and the elegant understated guitar solo. All of them simple yet precise, and crucial to the sound of the song.

Listen to the Vocals

Building off the previous point, it’s important to remember that despite all being accomplished instrumentalists, the Beatles were always primarily a vocal group, and all of their parts contribute to make the vocals shine. In this way, the lead guitar especially is often part of the vocal melody itself. Listen to that opening riff again when it reappears to close each verse. If you were to sing along with the song, you naturally find yourself singing the guitar riff as well.

That’s because from a melodic standpoint the lead guitar is quite literally part of the vocal melody. The vocals end abruptly at the end of each verse and the guitar steps in seamlessly to finish the phrase and resolve back to the top of the loop. When you play a line like that, it is useful to think of literally singing through your instrument. This will help your tone and articulation merge seamlessly with the vocal part.

But for the Beatles, rhythm guitar is just as important as lead. On “Something” Harrison actually plays both guitar parts, with bandmate John Lennon, who usually played rhythm guitar, filling in on piano instead. But Harrison’s chord choices and Lennon’s are very similar, often opting for richer fuller chords using sevenths and further extensions, rather than sticking to the triads or power chords that many rock groups preferred then as now. These more complex chords can be intimidating for beginners, but I would encourage you to take the time to get them right. Often the movement of individual voices within the chords create textures and countermelodies that you will lose if you reduce everything to its triad form.

“Something” is a perfect example of this. The opening chord progression starts on C major (C,E,G), then moves to Cmaj7 (C,E,G,B), then C7 (C,E,G,Bb), then F (F,A,C). If you simplify the first three chords to C major alone, the vocals will still work with the harmony, but you’ll lose the distinctive walkdown in the upper voice that falls by half steps: C,B,Bb,A, which serves as an important countermelody to the vocals. As a beginner, you will often see progressions for Beatles songs that include chords you don’t know. Use this as an opportunity to learn them, instead of reducing them to their triad form, which will sacrifice much of the nuance that makes the band’s sound unique.

The Beatles were notorious for changing keys on choruses, bridges, or middle 8s. Especially in the second half of their career, it was rare for the band to put out a song without at least 1 key change, and often their songs make use of modal scales (variations outside of the typical major/minor tonalities).

If you’re improvising over a Beatles song, make sure you always know what key you’re in for each part of the song. For instance, “Something” switches from the key of C in the verse, to the key of A in the chorus. Even if you have a limited theory background, you can hear this key change and the extra energy it lends the song. Make sure your improvisation makes the switch with it, or you’ll be left outside the key playing notes that don’t sound right.

Working Beatles standards into your repertoire can be rewarding both as an exercise for building your musical prowess, and as a crowd-pleasing addition to your set. Follow these simple tips to match John and George’s guitar playing style. You’ll be surprised how many Beatles songs they apply to.

And here’s the extra credit assignment: see if you can work them into your own writing. There’s a reason the Beatles are the biggest name in the history of rock and roll.