The short answer to this question is…well, kind of. However, there are considerations you will need to make before deciding to play in the cello left hand position – or before going out to buy a left handed cello, for that matter.

First, what do we mean when we say “left handed”?

Handedness is the sense that one hand is more dexterous or coordinated compared to the other.

Researchers usually determine an individual’s handedness by observing which hand is used to write or eat. The causes of handedness are not fully understood. However, about 10% of the population is left handed or ambidextrous according to Dr. M.K. Holder, a researcher and specialist on handedness.

So are there left handed cellos – and is there a special cello left hand technique? Here’s what you need to know!

Can You Play the Cello Left-Handed? 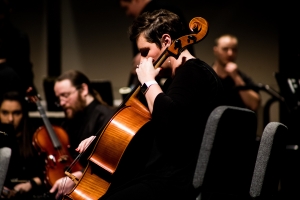 If you’re left handed, don’t worry – you can still learn how to play the cello. Here are a few facts about left handed cello:

Of course, the cello might not be the only instrument you’re considering learning how to play if you’re left-handed. Take a look at this video with more advice on instruments just for lefties:

Everything You Need To Know About Left Handed Cello 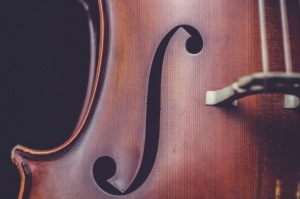 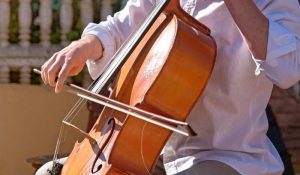 Learning to play the cello takes a lot of practice, in part because we need to train our muscles to do things they have never done before. Looking at a cellist with good posture, there is nothing natural about the cello left hand position or the cello right hand position, either

No matter which hand you use to write, it will feel just as awkward as the other hand when you initially pick up the cello.

Our hands have distinct jobs on the cello; the right hand holds the bow and the left presses down the strings.

A left handed cello would theoretically flip these tasks, so the leftie could bow with their dominant hand and press the strings with their right hand.

On closer examination, this means the left handed player would be at a disadvantage when playing in this way because the hand pressing the strings is typically required to be more dexterous. The cello left hand thumb position might be particularly challenging.

Why do right handed players not flip the cello, since the right hand is generally more dexterous in about 90% of the population? Because, as stated above, it really does not matter which hand is dominant; both hands need to learn something entirely new on the cello.

2. Cellos Are Designed According to “Standard” Posture

Although cello technique isn’t left or right oriented, the instrument itself is built to achieve a balanced sound and support the unequal tension across the strings.

For these reasons, it would be dangerous to simply switch the strings from the standard ADGC format to CGDA in order to flip the instrument. The unequal weight on the left side will negatively impact not only the sound, but the structural integrity of your cello.

3. Are There Left Handed Cellos Designed for Flipped Posture?

Some luthiers have designed cellos with the body reversed, made specifically for flipped playing.

These cellos are very uncommon. They should be reserved for players with physical limitations such as missing fingers on the left hand.

If you are renting or purchasing your first instrument, go for a standard cello. One of these cellos was owned by Charlie Chaplin, though he noted “as for the cello, I could pose well with it but that’s about all.”

We’ll tell you more about why you might want to ignore the possibility of buying a specialized “left handed cello” below.

Every orchestra plays with standard posture. This means if you do decide to play on a left handed cello, you won’t be able to perform with an orchestra.

Orchestras use a blind audition process, in which a panel of judges (usually the principal cellist, personnel director, and/or the conductor) hears the cellist without seeing them.

This has led to more equitable representation of women and BIPOC in professional orchestras because their talent is measured before their racial or gender identity.

However, after the blind portion is concluded there is typically an interview or face-to-face audition. In this, the panel can observe how you play, to determine if you will be a good performer on stage.

At this point, a left handed cello would immediately be out of the running for an orchestral position.

A huge part of playing in a professional orchestra is following the section and contributing to its unity. If you are bowing the opposite direction (or bowing correctly but sitting in the opposite orientation like Mr. Chaplin) you will be a distraction.

Not only that, but since left handed cellos really aren’t necessary, there’s no reason to go out and buy a special instrument anyway. 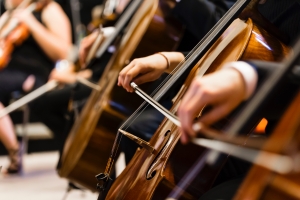 Rather than going out and buying a special (read – more expensive) instrument, consider the following tips as you work to become a better cellist.

Look for a quality cello, regardless of your handedness. Try to find an instrument that is:

Be specific in your training. If you can, take cello lessons. Learn how to read music and perform exercises – particularly cello left hand exercises  – to make sure both of your hands are equally strong and dexterous when it comes to playing music.

Don’t get discouraged if the cello doesn’t come naturally to you right away. Over time, you may actually find that you have an advantage as a leftie. You have more left-hand dexterity so you’ll have greater command over your right hand. Although using the bow might feel odd at first, you’ll get used to it with time and plenty of practice.

What Hand Do You Play the Cello With? 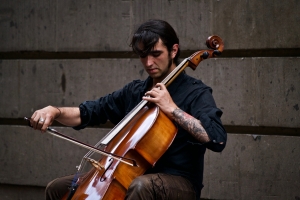 Regardless of which hand you prefer to use in daily life, learning how to play the cello is possible. If you’re left handed, there are special cellos and positions you can use to make your life a little easier.

It is more common for those with reversed cello posture to play in small ensembles. These might include string quartets and folk bands. In fact, a left handed cello might be a good selling point for the group to stand out.

As a leftie and beginner cellist, it’s more important to have a good teacher and dedication to practice than it is to have a specialized instrument.