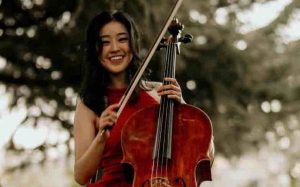 The cello is an absolutely beautiful instrument that calls countless numbers of people to play it. Adult students are sometimes the most challenging to find pieces for as they don’t want to play the “kiddie” songs that many younger students are excited about. These pieces for younger students are short, based on simple folk songs that children know, and generally do not feel challenging enough for many adult students. So what popular cello pieces are out there that adult students can use to “wow” their friends and family, that these students want to play because they often sound like “real” music instead of the kid songs that we grow up with? Here is a list of a few of the most popular pieces that you can start with in the beginner to intermediate level of ability!

This piece is a great piece to work on for students to help with bow control and building a beautiful tone. Written by Ludwig van Beethoven around 1822-1824 utilizing the poem “An die Freude” by Frederich Schiller. This is one of the most recognizable pieces from a symphony and the symphony is widely considered one of the cornerstones of classical music.

You can make this piece as hard or as easy as you want depending on if you want to add slurs, dynamics, etc. The original key is in D major, so starting this piece on F# makes it very approachable for even the earliest beginner. This piece focuses on the D string for the most part but does cross to the open A string or down to the first finger on the G string. There is also the dotted quarter note and eighth note rhythm in measure four, eight, and sixteen and the two eighth note rhythm in the tenth and eleventh measures that may be tricky.

There are many different arrangements of this piece that, and what is presented here is a simpler version that doesn’t match perfectly with the symphony, but it is very close!

This is an absolutely beautiful piece that has a few challenges in it but can really let you explore adding emotion to the piece and longer bowings. This piece is technically in the key of C major, but you don’t have to worry about weird fingerings throughout the piece as you will be using open strings, first finger, or fourth finger. Listen carefully to that fourth finger and make sure that it is a beautiful “ringing” tone to show that you are in tune!

The time signature is in 3/4 and you actually start on beat three before the first measure. You have a tied dotted half note to a half note for a total of five beats long, so make sure to try and keep your bow steady and moving throughout that long note! You also have to make sure that your quarter note and half notes don’t change dynamics, so be careful as you move through this song!

A great song to work on and a favorite for many people! This piece is also in the key of G major and the 3/4 time signature. The big things about this one are the dotted eighth/sixteenth rhythms and the C natural on the A string in the sixth measure. You should attempt to play the dotted eighth/sixteenth notes down in the lower half of the bow and try to get the half notes started towards the tip of the bow.

4. In the Hall of the Mountain King – Edvard Greig

This is the first part of the piece and is a bit more challenging than the other pieces on this list. This particular composition was written by Edvard Grieg for the play Peer Gynt in 1875. This piece requires the use of extensions of the fourth finger (x4) to a higher position on the C string than the standard first position on the fingerboard. It also has some other altered notes such as A# and F natural.

No list of cello pieces for adults would be complete without this one! Sadly I can’t provide the sheet music for this one as it is under copyright, but the version linked above is pretty simple in it’s set up. You are playing in the key of G minor, so you will be using Bb’s and Eb’s. For the most part though you won’t be playing any Eb’s so you won’t have any backwards extensions! The Bb’s are on the G string and using the second finger.

These are just a few of the great songs that a relative beginner could learn to play in a short time. They all have their challenges, but should be doable with a little bit of practice! If you are looking for other songs, then please check out these great solo collections for cello!