Knockin’ on Heaven’s Door, Sweet Child O’ Mine, Wonderwall… Most famous songs on guitar are written with guitar chords. But why are guitar chords so effective in creating such great songs? 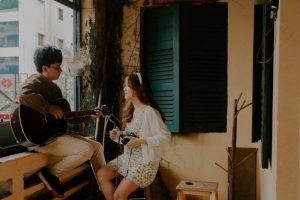 In this blog post, we’ll take a look at the basics of guitar chords and how they relate to songs.

Different chord choices can guide a listener in different song experiences, and there are great tools to guide the songwriter and the guitar player in making these choices. Let’s get started!

What Exactly Are Guitar Chords?

Chords are when two or more notes on an instrument are played at the same time. A C major chord (denoted with the letter C) consists of the notes C, E and G. 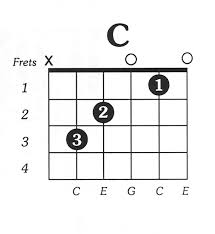 The A minor chord (denoted with the letters Am) consists of the notes A, C and E. So when we play a chord, we are playing multiple notes, which creates the concept of harmony. 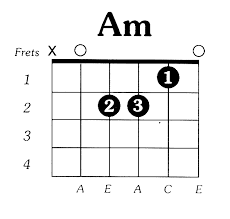 Chords can be played on any instrument. However, due to popular music, guitar and chords are largely associated together. After all, the term ‘guitar chords’ is more popular than ‘piano chords’.

The reason that guitar chords are more popular may be because of the characteristic (timbre) of the instrument. For example, the signature sound of rock music can be credited to the way chords sound when played on an electric guitar with a distortion effect.

Songs like Knockin’ on Heaven’s Door, Sweet Child O’ Mine, and Wonderwall are big guitar songs that have been largely associated with electric and acoustic guitar sound.

What Are the Types of Chords?

Major chords are associated with happy and upbeat songs, and are typically used in songs with positive moods. For instance, Sweet Child O’Mine is a positive rock song that consists of D major (D), C major (C) and G major (G) chords for the verse section, which reflects the mood of that part of the song.

For each major chord, there is a minor version. As opposed to a major chord, minor chord is traditionally associated with sad and slow songs.

However, there are always exceptions. Wonderwall, for instance, is a love song and the verses consist of E minor (Em), G, D and A. So why is there an Em chord in Wonderwall if this is not a sad song? The answer lies in the next section:

Chords sound ‘pleasing’ to our ears when they are played in a certain order. This specific order is called a chord progression.

Chord progressions are denoted with Roman numerals starting on I (1) and ending on VII (7). The progression ends on VII because a typical musical scale consists of seven notes. So, the Roman numeral represents what note the chord is built upon. 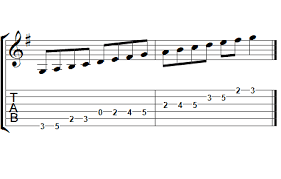 In a I-V-IV progression, we would play G, D and C. A great example to this progression is Knockin’ On Heaven’s Door.

As a general rule of thumb, popular songs usually end on the I or i chord, because the I chord gives us the feeling of coming to a resolution and arriving at home. If a progression ends with a IV or V chord, we might feel displeased or unresolved.

I highly encourage you to listen to your favorite tracks and identify if they are written with major or minor chords.

If you’re feeling adventurous, analyze the chords with the Roman numerals and designate the chord progressions. By analyzing chords of different songs, you will find that you are quickly learning more songs and expanding your song repertoire.