Are you planning on taking a trip to Italy? A travel dictionary is a great resource to have on hand. However, it doesn’t always list common phrases and expressions used by native Italians. Below, Italian teacher Christopher S. shares 10 useful Italian phrases that you won’t find in a travel dictionary…

Italian is an extremely expressive language. Not only is it beautiful for the way it sounds and the theatrical hand gestures, it’s also beautiful because of its rich expressions. Like many cultures, Italians use a variety of proverbs and idioms to help express themselves.

When traveling abroad, it’s important to learn how to speak and understand these phrases, as it will help you carry on conversations with natives. Below are 10 useful Italian phrases and words you might want to consider learning before your trip.

Literally meaning “into the wolf’s mouth,” this Italian phrase means “good luck.” The expression is the English equivalent of “break a leg,” comparing any challenging scenario to being caught between the hungry jaws of a wolf.

If you want to have good fortune, the proper response to this phrase is crepi meaning “may the wolf die.” If you want to tell someone “good luck” in Italian, you better use this phrase, because if you say the literal English translation buona fortuna, you’re not actually wishing good luck to someone at all.

2. Mangiare come un maiale (to eat like a pig)

If you plan on doing any eating in Italy (which I hope you planning on doing, because the food is delicious), this is a phrase you’ll want to know. In English, this phrase simply means “to eat like a pig.” Use this useful Italian phrase when you want to describe to your Italian friends how much food you and your friend ate at the restaurant you recently visited.

Are you planning to go out on the town while in Italy? Meaning “full speed,” this is an appropriate phrase to use if you want to emphasize that you’re ready to party it up in Italy. Here’s an example of what you can say to a friend, “Andiamo di fretta. Forza, a tutto gas!” (We are in a hurry. Come on, full speed ahead!)

The phrase Rompere il ghiaccio has the exact same meaning as in English. In other words, it’s how you would “break the ice” in a conversation with someone you’ve just recently met. Here’s an example of how the phrase can be used in a sentence, “Volevo parlare con Eleonora e alla fine sono riuscito a rompere il ghiaccio.” ( I wanted to talk to Eleanor, and eventually I was able to break the ice.)

5. Spezzare una lancia a favorevole (to break a lance in favor of)

This is an old saying which most likely comes from the medieval times. Meaning to “break a lance in favor of,” this phrase is the equivalent of the English expression to “give someone a break.” If someone says something bad about a friend, you can respond with this phrase and really sound like a true local.

Here’s an example of how to use the phrase in a sentence, “E’ vero che Enrico si è comportato male, però spezziamo una lancia in suo favore: non conosceva tutti i fatti.” ( It’s true that Henry behaved badly, but break a lance in his favor, he did not know all the facts.)

This word has an interesting history in Italy, which most foreigners probably don’t know. The literal meaning of this word is “grain.” However by military bureaucratic jargon, the word passed through a phase of meaning a “designating nuisance” or “trouble.” It was also used as a form of referring to money in the Kingdom of the Two Sicilies.

The English equivalent of the phrase “to be broke,” this expression is good to use if you’ve spent all your money, and you’re trying to get away from vendors. When Italian speakers hear this phrase, they will think you’re a true native and leave you alone.

8. Morto un papa, se ne fa un altro (Once a pope is dead, there will be another one)

Even someone as important as the Pope has to be replaced. This proverb is used to stress the fact that life goes on no matter what happens, or, as they say in English, “the show must go on.” If you fall in love in Italy and get dumped, the phrase is also used to ironically encourage people who get dumped to move on. When used like this, the phrase is similar to the English expression, “There are plenty more fish in the sea.”

This phrase essentially means that you cannot expect people to change radically. You will hear this phrase used commonly, especially in family situations. Therefore, it’s good to know if you need to make a point about a crazy uncle or aunt.

10. Meglio un morto in casa, che un pisano all’uscio (It is better to have someone dead in the house, than a soldier from Pisa at the door)

This is another phrase which most likely came from the medieval times. It is a war phrase that people from Lucca said when Pisa used to attack and loot their region. This is a good phrase to know if you’re in Tuscany and you want to give people a good laugh.

This is just a sample of the common phases used throughout Italy. While learning these useful Italian phrases is a good start, you might want to consider taking Italian lessons with an experienced teacher if you really want to sound like a true local. 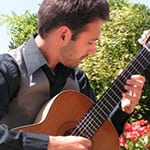 Christopher S. teaches in-person Spanish, Italian, and guitar lessons in Randolph Center, VT. He lived abroad in Seville, Spain for two years where he studied classical and flamenco guitar and taught lessons to beginner students interested in classical guitar. He is currently working on his Master’s Degree in Guitar Performance, and has been teaching students since 2004. Learn more about Christopher here!