People often say that German is one of the most difficult languages for English speakers to learn—and they’re right! Learning how to speak German can be quite difficult, especially for those who aren’t yet fluent in other foreign languages.

So what makes learning German such a challenge? People are most intimidated by German grammar and pronunciation. Complex German cases and gender rules can easily trip up the most seasoned language learner.

Is Speaking German Easy? Hacks to Help You Learn to Speak German 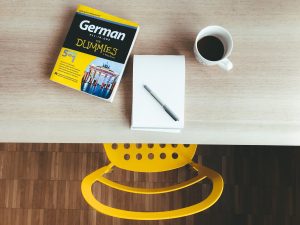 If you’re wondering how to speak German, you might be deterred by the seemingly endless compound words, noun genders, and difficult word pronunciations.

However, the reality is that German is not that difficult to learn. You can learn to speak German by taking advantage of the following resources:

Of course, one of the best ways to learn German and make it a bit easier on yourself is to take online German lessons.

Check out this video for more information on why learning to speak German isn’t that challenging – as well as some pitfalls you might encounter:

Why Do You Choose German? 10 Reasons to Learn to Speak German 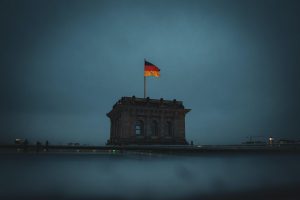 Just because learning German can be challenging, however, doesn’t mean you shouldn’t give it a try. In fact, learning German is well worth the pain and effort. Below are 10 reasons why you should learn how to speak Deutsch.

Germany is home to some of the most well-known international corporations, such as BMW, SAP, and Bosch. Learning German can give you a leg up on the competition and make you more attractive to employers.

3. Speak German to Get More Appreciation for the Arts

Bach, Grass, Beethoven, Polke. This is just a sample of the renowned composers, artists, and writers that hail from Germany. Learning German will give you a greater appreciation and understanding of these artists and more.

More than 80,000 new books are published in Germany each year, only a small percentage of which are actually translated into other languages. Learning to speak German will allow you to indulge in these masterpieces whenever you’d like.

And don’t forget – you’ll be able to read the works of Goethe, Kafka, and other famous German writers as they were originally written. There’s no more worrying about things getting lost in translation!

Many of the world’s greatest inventions come from Germany; for example, the bicycle, jet engines, and the automobile. If you’re an aspiring innovator, learning German will prove very beneficial.

German is the most widely spoken language in all of Europe. If you’re planning a European excursion, your ability to speak German will come in handy on more than one occasion.

Note that this list of German-speaking countries includes only those in which German is the official language – it is spoken as a leading language in many other nations (more than three dozen, in fact!) as well.

How many people speak German, you might be wondering? About 130 million people around the world speak German either as their mother tongue or as a second language. Again, German is the most widely spoken language in the European Union, where it is an official language in numerous countries – and it’s spoken in 42 countries around the rest of the world, too.

While German can be difficult to learn, it’s good for your brain. Scientific studies have proven that learning a foreign language enhances your cognitive abilities and sharpens your mind.

Learning how to speak German and immersing yourself in the culture helps open your worldview and allows you to become a more open-minded, culturally diverse individual.

8. Opens the Door to New Languages

Once you’ve mastered German, you’d be surprised at how easy it is to learn other languages. You’ll understand what learning tools and tactics work best, setting yourself up for future success.

In paying close attention to German grammar and pronunciation, you become more conscious of how you communicate in your native tongue. In addition, you’ll also develop better listening skills.

Last but not least, learning German is fun! While it may be difficult and frustrating at times, it’s a rewarding experience that brings about a number of benefits.

Learning to speak German is a smart choice for an English speaker. Unlike Spanish, Italian, and French, German belongs to the Germanic branch of the Indo-European language family. So does English, so you’ll find that the two languages have lots in common.

Many German words and phrases are commonly used in English, such as kitsch, kindergarten, and angst.

How Long Does it Take to Speak Fluent German? 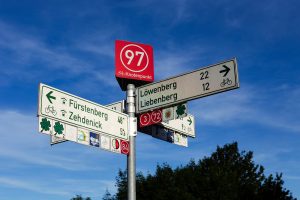 It won’t take you long to learn to speak German. In fact, with around six to eight months of study in intensive classes (about 20 hours per week) you can gain enough fluency in the German language to help you get around in the day-to-day. You can gain professional fluency in a little over a year!

Need to convince the other people in your life to learn to speak German? Print out this infographic with the information detailed above and hang it on your wall – you’re sure to convince them to learn! 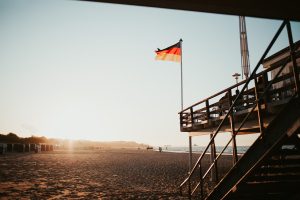 As you may have gathered from reading this post, deciding to learn to speak German is a smart choice for you personally, professionally, and on so many other levels.

It is a useful language that has applications in just about every setting.

Plus, with all the resources we described in this post – and by taking German lessons with a skilled instructor – it’s never been easier to get the help you need to become a fluent speaker.

Now that we’ve convinced you to learn German, it’s time to get started. There are a number of ways in which you can learn how to speak German. From online lessons to German YouTube channels, there’s a style that fits everyone’s needs and preferences.

So what are you waiting for? Learn how to speak German today and start reaping all of the benefits above!