Looking for fun language facts? The world is full of diverse and unique languages that can thrill the senses and stretch the boundaries of your imagination.

The words we use shape how we experience the world around us. For example, while most native English speakers may look at a wintery landscape and label it simply “snow,” Scots are said to have over 420 words for snow. This includes everything from subtle differences in the snowfall to mentions of the supernatural!

Whether you’re looking for fun facts to use on language trivia night or just want to deepen your understanding of the languages of the world, the following fascinating language facts amaze you and your friends!

What is the Most Interesting Language? 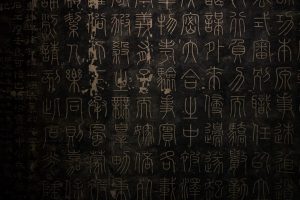 If you’re thinking about learning a new language, you don’t have to stick to the traditional options like French, Spanish, or Italian. There are plenty of other interesting languages out there to learn, such as:

If you’ve never heard of these languages, you aren’t alone. Some, like Welsh, are only spoken by less than 20% of a single region or country’s population.

Here’s a cool video that will provide you with more language facts about the weirdest languages in the world. Did you know some languages consist entirely of whistling? How’s that for tough on the vocal cords!

You might be reading this post wondering whether picking up a language is right for you – is it even possible for language to be interesting? Rest assured, once you read these fascinating language facts, you’ll be convinced!

With so many unique languages to choose from – and so many fun language facts to pique your interest – you’ll have a ball.

What is an Interesting Fact About Languages? 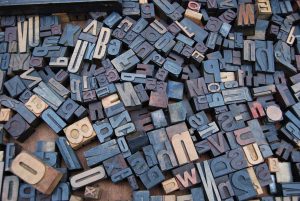 Before we dive into our fun facts about languages, it’s interesting to touch upon some theories about the origins of language.

Here’s one of the best fun facts about language: Ideas such as the “bow wow” theory say that language began with humans imitating the sounds animals make to communicate. Others believe that language was a divine gift. Many scholars agree that modern languages share an ancient common root and gradually developed into the dialects we know today.

If you’re looking for interesting language facts, you’ll have plenty of them to choose from.

Ready to take a deeper dive?

Here are a few facts about the English language:

…and some Spanish language facts!

Have these Spanish language facts convinced you that learning Spanish, Espanol, or “Castilian” is right for you? Make sure you check out this video to get started with learning this fun Romance language!

As you can see, understanding the many quirks of written and spoken language IS possible when you turn to these fun facts about languages for more information!

50+ Fascinating Language Facts to Inspire You

How much do you know about foreign languages? Whether you’re a student learning a second language, a polyglot, or a translator, check out the graphic below. There are dozens of interesting language facts to take your linguistic knowledge to the next level!

Even More Language Facts to Keep You Inspired

Do You Know Facts About Language? 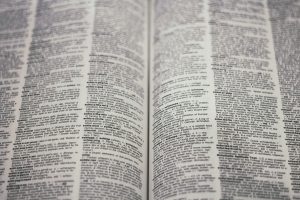 Now that you’ve read this post, chances are, your brain is packed to the brim with all kinds of fun language facts. Whether you’re thinking about learning Korean, Japanese, or even American Sign Language, you now have the knowledge you need to consider taking lessons.

Did these fascinating language facts inspire you to step up your own language skills? This is just the tip of the iceberg. Every language is full of rich historical content and unique idiosyncrasies. The more you dive into learning a new language, the more you’ll discover just how vast the linguistic possibilities are.

Being multilingual opens up many doors from travel opportunities over friendships to new careers. It also helps improve creative thinking and problem-solving skills. Perhaps most importantly, it opens your mind to new ways of perceiving the world and interacting with others. Time spent studying a language is a rewarding investment, no matter how old you are!

If you’re ready to get started, TakeLessons Live is the perfect resource for those wanting to learn a new language or sample a few different languages before deciding on one. While textbooks and videos can help you get the basics down, nothing beats the personalized feedback of language lessons! Whether online or in-person, TakeLessons can connect you with the perfect language tutor. Search for your language teacher today!

Let us know in the comments below!