Are you planning a trip to Germany? As an American tourist, one of the keys to staying safe and not getting sucked into tourist traps is to blend in with the culture. In other words, when in Germany, do as the Germans do.

Most American tourists don’t realize that there are certain things they wear that make them stick out like a sore thumb. A large backpack or fanny pack, for example, screams tourist.

But it’s not just what American tourists wear, it’s also what they say and do. Certain gestures or greetings, for instance, can be easily misconstrued.

So without further ado, let’s dive into some helpful American tourist tips for travel!

What Should I Know Before Traveling to Germany? 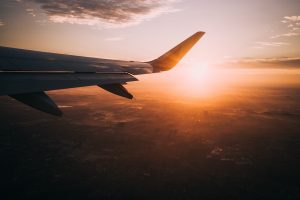 We’ll go into greater detail below about everything you need to know as an American tourist in Germany. However, here’s a quick overview of eight of the best tips:

One of the best things you can do as an American tourist in Germany is to learn the language! Check out this video with some easy German language learning tips – and sign up for German lessons today:

How to Prepare for a Trip to Germany: Follow These Tips! 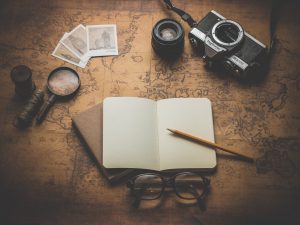 As you can see, it’s important to read up on German customs and familiarize yourself with the culture to avoid getting into a sticky situation.

So how can you blend in with the locals? We’ve interviewed several German travel bloggers to come up with a list of 10 tips and tricks on how to avoid looking like an American tourist in Germany.

“The key to not looking like a bumbling tourist in Germany, or anywhere in Europe for that matter, is to avoid wearing certain things that scream “I’m a tourist.” You don’t have to be a total fashionista, but there are things you can do to tone down the tourist in you and help keep you safe from would be pick-pockets and con-artists,” said Cheryl Howard, travel expert and creator of cherylhoward.com.

“First and foremost, avoid fanny packs like the plague! Another tip is to not wear sports jerseys or baseball caps from a home sports team. If possible, also avoid wearing clothing from a chain store with large and recognizable logo placements.”

While in U.S. it’s perfectly fine to ask for tap water at a restaurant, it’s a completely different story in Germany. Yes, German tap water is perfectly safe to drink—but when eating out, Germans always drink bottled water with or without carbonation.

If you want to blend in with the locals and avoid being gawked at in a German restaurant then don’t ask for tap water.

3. Watch Where You Walk

Germans are sticklers when it comes to obeying the rules of the road. And there’s nothing they hate more than jaywalkers. In fact, the German police have set hefty fines for breaking jaywalking laws.

“Germans drive on the right, which means walk and cycle on the right too. There are dedicated bike lanes and you will get run over if you stand in them,” said Sarah Donovan of Dasher Life. “Bicycles rule over any other mode of transport!”

If you really want to stick out like a sore thumb, then walk across the street when the pedestrian light is red—just don’t say we didn’t warn you.

4. Leave the Sneakers and Flip-flops at Home

What’s a surefire way to spot an American tourist? Just look at their feet! In the U.S. it’s common for men to wear clunky basketball sneakers and women to wear flip flops while running errands around town. Germans, however, tend to wear much sleeker and dark-colored footwear.

While it’s perfectly acceptable to wear flip flops to the beach or sneakers while hiking, Germans would never think of wearing athletic shoes or flips flops into town. When travelling abroad, it’s best to pack sensible flats or loafers.

In the U.S., it’s common for people to strike up a conversation with the mailman or grocery clerk. Germans, however, are not fans of chit chat. While they will greet people with a “Guten Tag” (Good day) or “Guten Abend” (Good evening), you’ll rarely see Germans engaged in small talk nor will you hear them speaking loudly.

“Try not to take it personally when people are blunt with you. If you come from a more expressive or service-oriented culture, many of your public interactions (with, for example, cashiers) will seem curt or downright rude!” says Tatiana Richards Hanebutte, an American expat living in Germany and creator of Tatiana In Flux.

“But it’s not you; Germans tend not to mince words, and many of my Deutsch friends have told me that engaging in small talk feels insincere to them. So if it feels like you’ve been given the cold shoulder, try not to get too huffy. Just say “Danke” (or not) and keep it moving!”

Not sure what to say instead? Sign up for German lessons so you have the right word or phrase to whip out at any moment!

While Germany may be home to the most delicious beers, that doesn’t mean you should drink excessively. Public drunkenness is greatly frowned upon in Germany.

When a local sees a large group of loud people stumbling around, they automatically think tourists.  And don’t even think about getting into one of Berlin’s clubs if you’re tipsy; these establishments are notorious for turning away groups of drunken tourists.

Like Americans, Germans value their privacy and personal space. When waiting in line, avoid standing super close to people. You should be able to extend your arm to its full length without touching the person in front of you.

Also, when in conversation you’re expected to be at least an arm’s length away. If you’re having a conversation with a German, don’t ask any personal questions about his or her job, spouse, or income, as this is considered very rude.

8. Always Keep Cash on You

Chances are you’re going to be picking up a few souvenirs during your trip. Before you travel to Germany—or any country for that matter—it’s important to research whether or not the majority of stores prefer credit cards or cash. Or else you’ll be that American tourist holding up the entire line because you don’t have any cash.

“Carry cash! Plastic will not get you far in Germany. There are still many stores and restaurants that only accept cash, making it Germany’s favorite way to pay. Also, having a few coins will come in handy when you realize that most places require you to pay somewhere between 50 and 70 cents to use the bathroom,” says Courtney Martin of Welcome to Germerica.

9. Try to Learn the Language

Don’t assume that everyone in Europe knows how to speak English. If you’re speaking English loudly to concierges, shopkeepers, servers, and taxi drivers it’s a dead giveaway that you’re an American tourist and makes you more susceptible to scams.

Make an effort to learn some common German words and phrases, such as “please,” “thank you,” and “do you speak English.” Not only will learning German help you fly under the radar, but it will also make your trip more enjoyable, as you won’t have to fumble in your travel dictionary every five seconds to look up a word.

Pulling out a large map or guidebook in the middle of a busy street is another way to get yourself pegged as an American tourist.

“Of course, not flaunting your Germany guidebook always helps. If you’re using a guidebook, keep it hidden in a bag or a purse as much as you can. In this way, you’ll avoid looking like a tourist. And as an added bonus, you might just find some interesting sights you wouldn’t have otherwise seen!” says Sara Janssen of A Different Piece of Sky. 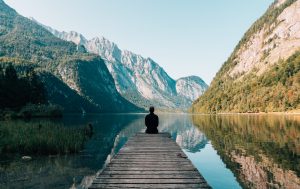 Here are some more tips for Americans traveling to Germany.

One of the best travel tips for Germany is this – don’t expect to see too many public restrooms. Free public restrooms are exceedingly rare, with bathroom breaks instead requiring you to cough up the equivalent of 50 cents or more.

2. On Sundays, Activities Are Limited

Sunday is the day of rest – and that’s especially true in Germany. You’ll find that most shops are closed on Sundays and while certain restaurants might still be open, you’ll have a hard time finding what you need.

One way you’ll definitely stand out as an American tourist in Germany is if you are constantly running late. Things are always on time here – even the public transport!

Germans are notoriously on time – so make sure you are, too.

4. Keep Your Voice Down

Here’s another one of the best tips when traveling to Germany – don’t be too much of a chatterbox. It will be blatantly obvious that you are an American tourist if your voice often rises above the crowd.

Public transportation, in particular, is known for being exceptionally quiet. If you don’t keep your voice down, you’ll stick out like a sore thumb.

In Germany, there’s more shame in being late and in being noisy than there is in being naked!

On many beaches and in many wellness spas and saunas, nudity is the norm. That doesn’t mean you need to strip down into your birthday suit – just don’t expect anything else.

6. You Can Get Group Discounts for Transportation

Germans believe in rewarding people for traveling in packs – you can often buy group tickets to save lots of money. A three-day group ticket for a one-way bus trip is far less expensive than a single ticket, so make sure you weigh out your options when planning your trip.

Germans are incredibly opposed to jaywalking. Especially when there are kids around, jaywalking is a great way to get you screamed at – don’t do it.

…at least, it’s not what we’re used to here in the states. Don’t expect to be greeted cordially and for “the customer to always be right.” That’s not to say that Germans aren’t friendly – it’s just that the approach to customer service here is a lot different.

There are few countries accepting American tourists that are quite as zealous about recycling as Germany – this is something that might surprise you when you visit there as an American tourist.

It makes sense when you consider that the Germans were pioneers in the recycling world. Make sure you recycle instead of throwing your soda bottle away – you might get some dirty looks if you don’t!

Here’s one final tip as an American tourist in Germany – if you can avoid it, don’t smoke in public. This is banned in restaurants and cafes, and while some places have separate indoor smoking rooms, smoking patios, and clubs, this isn’t always the standard. Save the smoke for later.

Traveling to Germany for the First Time? No Problem! 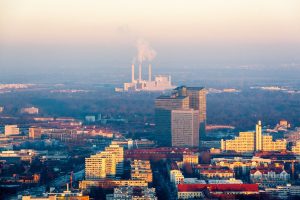 There you have it! 20 of the best travel tips for Germany so you don’t look like the American tourist you actually are.

There’s nothing wrong with being an American tourist of course – but it’s also important that you learn how to blend in from time to time.

Following the tips and tricks above will help you blend in with the locals, which will not only keep you safe from scammers, but will also make your time in Germany more enjoyable. Safe travels!

One thought on “How to NOT Look and Act Like an American Tourist in Germany: Tips to Follow!”