One of my college acting professors told us, “if you can’t handle rejection, find another major. Actors are rejected more than they’re cast. You will have to deal with rejection every day; and if you let it get to you, you won’t last long”. Those words stuck with me all these years: not only for their brutal honesty, but also because I wish I had asked her: how do we deal with all this rejection?

Fortunately, there are many A-list stars who can tell you stories of how they experienced rejection. If they can do it, why can’t you? Sure, we’re human: we all want to be loved and accepted; and actors, if they’re any good at what they do, are particularly sensitive. How can you experience and process rejection as an actor, and keep pursuing what you love? 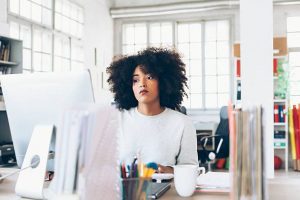 When you are rejected for a role, remember: your audition was rejected, not you personally. It’s not about you (except when it is*). They didn’t think you were what they were looking for in this part; that doesn’t mean that you wouldn’t be perfect for some other part that you haven’t auditioned for yet. It doesn’t mean you’re a terrible actor. Besides, think of it this way: being cast in a role that you’re not a good fit for is not the way to be set up for success. Shake it off, and work on booking the next audition.

*Note: it’s not personal in most cases, but be sure you don’t inadvertently make it so. Avoid faux pas like arriving late, being rude to the people on site, being difficult or uncooperative with other actors attending the casting session. Remember, your audition begins the moment you walk in.

You Have No Idea Why You Were Rejected, and That’s Good

A casting director once told me, “you’ll never know why they didn’t pick you, and that’s good.” It rarely has to do with talent: you may just not be what they’re looking for. You can be wrong for a role for so many reasons. You might be blonde, and they were looking for a redhead. You might be tall, and they want to cast someone who is closer in height to the co-star.

An actor friend told me a director thought he looked like her ex-husband; that killed his chances at getting cast for that role. Another actor told me she overheard the casting director say something about her “energy”. Okay…

These are things you have absolutely no control over, so don’t beat yourself up over it. However, another possibility is that you also might not have the experience level they are looking for, and the only way to remedy that is to keep at it. Jessica Chastain wasn’t cast for almost six years, but she kept working on her craft and herself every day. Eventually she got a break, and when she did, she was ready.

Learn What You Can From It 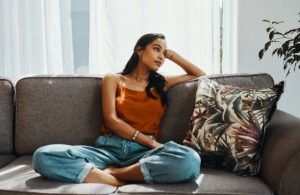 Sometimes, if we are rejected from an audition, we might have some idea of why things went that way. While it’s best not to dwell on the rejection or obsess about what you may or may not have done wrong, it doesn’t hurt to do some inventory of how things went. Did you avoid becoming overly flustered if you flubbed a line? Did you follow all the directions when given?

Did you smile, say hello, and leave with a “thank you”? Did you do everything possible to put your best foot forward? If you can answer yes to all of these questions, then just chalk it up to the preceding section (“You Have No Idea…”) However, if you look at those questions and begin to think, “Maybe I could’ve done this differently…”, consider it a hard but effective lesson to grow from.

It’s part of the Job

Just like a chef gets burned on the stove, an actor gets rejected: it’s part of the job. Unless you’re one of a very small minority of celebrated actors who get to turn work away, you’re going to have to audition to be cast in a role. You will be auditioning for one part, and many other actors will be auditioning for the same part: for every one part that is cast, there are dozens (and sometimes hundreds) of actors who were turned down. Rejection is part of the work.

Just remember, for every rejection there’s another audition waiting for you. Rather than let the cloud of a past disappointment rain on your next tryout, take it in stride and look forward to a new and perhaps better opportunity.