Actors, your voice is one of the most powerful tools you have to make a character come to life. Next time you’re getting into a character, use these tips from Baltimore, MD acting teacher Larry P. for improving your stage presence…

Remember when your mother used to remind you to “use your indoor voice”? You have all sorts of indoor voices, and in order to best portray any character and improve your stage presence, be it in an audition, a rehearsal, or a production, you have to decide when and how to use those voices. Below are four areas to pay attention to your vocal choices to make your character come alive onstage.

Sometimes the choice to be loud is pretty obvious from the text (the word “shouts” or “yells” may be in the stage directions). But other times (far more frequently, in fact), it becomes a character trait. Is the character being emphatic about something? Is he or she repeating something? Is there an argument going on that is getting heated? The list can go on and on. You need to identify if and when a place in your character’s lines it would be appropriate, based on your own interpretation of the character (or your director’s, of course). And above all else, work on projecting your voice at all times – not yelling, but being clearly heard to the back of the house.

A more subtle tool in your performance repertoire is how fast your character speaks. Whether it’s done all the time (think about many of actor Joe Pesci’s characters, like Leo in “Lethal Weapon” 2, 3, and 4, or Vinny in “My Cousin Vinny”) or selectively, speaking in a rapid-fire manner speaks volumes about a character. It puts the audience in a more alert state, heightens tension (when done appropriately), and quickens the pulse. On the other hand, a quieter, more methodical delivery (think Marlon Brando as the Godfather, or Charles Bronson in almost any role), makes the audience sit a little bit forward in their chairs and listen more intently, thus also increasing tension, but for a very different reason. These are also choices that need to be made based on the actor’s interpretation of the character.

Commas and punctuation, while often the area of the playwright, can often be manipulated, at least a bit, by the actor and/or director. Take the sentence: “We are very secretive.” If you emphasize the word we in that sentence, it is implied that it means we are secretive as compared to you. If you emphasize the word very, then it can mean we are more secretive than you. This can be a subtle, but often important distinction. As an actor, you have many choices available to you in interpretation (subject of course to the director’s vision of the whole piece), and adding emphasis and even a beat (or taking one away) is a choice. Make it wisely.

While this might be a given, even enunciation might be an actor choice. Projection is always needed — you cannot expect an audience to get any sort of meaning out of something they can’t hear at all, but you can make them wonder about a specific line if you meant to muffle it. For example, a “stage whisper,” that is, a whisper loud enough to be heard by the audience (at least heard enough that they know it was meant to be a whisper) can be a character trait that an actor wants the audience to know. But please, please, please be aware: this does not relieve the burden of making the rest of your lines intelligible to the person in the last seat in the house. That person has presumably paid just as much as people right in the middle, so they deserve every bit of your acting as everyone else.

Using all of these voices will allow you to move toward learning how to have stage presence, as well as expressing a wider range of emotion. This not only shows off your skills as an actor, but your skills in developing a character. Use the expertise found here at Takelessons and sign up for classes with me or another acting teacher, whether in person or online, and expand your horizons onstage. The possibilities are endless! 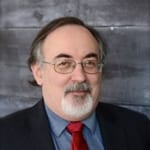 Larry P. teaches and tutors in a variety of subjects in Baltimore, MD, as well as through online lessons. His tutoring business is geared toward middle, high school, and college students, with specialties in the Humanities, writing research papers, and drama. Learn more about Larry here!