Are you just starting to take violin lessons? An integral part of learning how to play the violin is listening to others. Below, violin teacher Julie P. lists the most famous violin players every beginner student should know and listen to…

There are literally hundreds of famous violin players from all over the world. In addition to the number of well-known classical violinists, such as Fritz Kreisler and Pablo de Sarasate, there are also many great bluegrass and jazz violinists.

Who is the Most Famous Violinist Today? 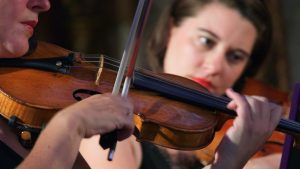 Are you interested in learning how to play the violin like the famous violin players listed above? Be sure to check out this video for a quick practice to help you hone your skills in a matter of minutes:

Choosing just a few violinists to listen to can be a daunting task as there are so many genres to choose from. I suggest starting out with the five famous violin players below:

Who is the Most Famous Violin Player? 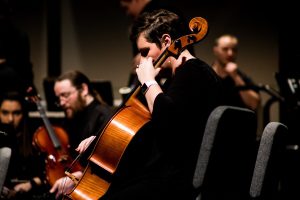 Choosing just a few violinists to listen to can be a daunting task as there are so many genres to choose from. I suggest starting out with the five famous violin players below:

One of the most famous violin players of all time, Israeli-American Itzhak Perlman has had an incredible recording and performing career. Since the 1960s he has toured extensively, playing with all of the greatest orchestras and conductors around the world. He’s also played at the inauguration of President Obama in 2009, and has appeared on many popular television shows including, Sesame Street, The Tonight Show, and The Ed Sullivan Show.

Perlman is featured on over 150 records, most of which are of the classical idiom. However, he’s also featured on some jazz, folk, and Klezmer albums, as well as on movie soundtracks such as Schindler’s List and Memoirs of a Geisha. Below are some videos of Perlman’s most notable performances.

Mark O’Connor is known for being a genre-crossing violinist. He is respected greatly for both his classical and bluegrass playing, as well as for his jazz and country playing. He has won two Grammys, seven CMA awards, and seven fiddling championships. What’s more, he’s also bagged championships in guitar and mandolin. His solo recordings are wildly popular, with over two million copies sold.

If that wasn’t enough, O’Connor is also a wonderful composer. His popular “Fiddle Concerto” combines the classical concerto form with the American fiddle style. Listen to some of Mark O’Connor’s work below:

Here, O’Connor and the American Music Shop Band band push the tempo past what you think is possible.

Jascha Heifetz is considered to be one of the greatest, most famous violin players of all time. Before his death, he was praised for his exacting technique, as well as for his beautiful tone and style, all of which has had a great influence on the modern violin style.

His recording career was extensive and the hundreds of recordings he made cover the bulk of the standard classical violin repertoire. If you want to hear exquisitely played music with great depth of musicality, listen to Jascha Heifetz. Enjoy the sounds of Jascha Heifetz in the videos below:

Here, Heifetz’s performance of Paganinni’s Caprice No. 24 is technically inspiring.

A giant in the jazz violin world, Stephane Grappelli is a violinist everyone should know. The French native founded the Quintette du Hot Club de France, one of the first and most influential continental jazz groups, with guitarist Django Reinhardt.

Over his 60 plus year recording career, Grappelli recorded with hundreds of the greatest jazz, classical, and folk artists. His talents earned him the honor of a Grammy Lifetime Achievement Award, as well as a spot in the Down Beat Jazz Hall of Fame. Check out his music below:

Classical soloist and chamber musician, Hilary Hahn made her orchestral debut at the age of 12. She began her recording career when she was 16 and since then has recorded 16 albums, three of which have earned her Grammy awards. She is a much sought-after soloist, performing with groups such as the New York Philharmonic and the London Symphony Orchestra.

Hahn is also a proponent of new music, and for her album entitled “In 27 Pieces: the Hilary Hahn Encores” she commissioned 26 composers to write short works for her. Listen to her talents below:

More Famous Violin Players of the 20th Century and Beyond 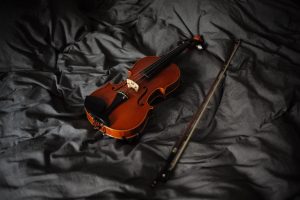 Are you curious about other famous modern violin players to inspire you to practice?

Keep reading to find out about other top violin players!

Who is the Best Female Violinist?

Sarah Chang is a child prodigy who started playing the violin at a very young age. Her talent, pure intonation, and artistic passion are clear in every one of her performances!

Julia Fischer has a family background in music so it’s unsurprising that she learned how to play violin at a young age. She’s also a talented pianist.

Born in the German town of Rheinfelden, Mutter first started playing the violin young and made her public debut when she was just 13 years old. She often plays in elegant strapless gowns!

Who Are Some Famous Male Violin Players?

Itzhak Perlman, Jascha Heifetz, Mark O’Connor, and ​​Stephane Grappelli are some of the most famous male violin players, but they aren’t the only violinists you should listen to.

Here are some others.

Though he didn’t live to be very old, Vivaldi is one of the most memorable violinists. An Italian composer, he was trained on the violin by his father, also a professional violinist.

In addition to being a well-known musician, Vivaldi was also a priest!

Perhaps one of the most famous violinists and composers of the Late Classical/Early Romantic Period, Paganini’s work was so challenging that only he could play most of what he wrote for the violin.

Paganini was so talented that some believed he had made a deal with the devil in exchange for his skills. However, in reality, he practiced for up to 15 hours a day.

Pablo de Sarasate began studying violin at the Paris Conservatoire when he was just 12 years old. He was a violinist and a composer, famous for performing the opera fantasies that he created.

Born in Belgium, this talented violinist played in the orchestra that later became the Berlin Philharmonic.

Born in Vienna, Kreisler is one of the most famous violin players of the 20th century. He was also recognized for his service to his country, fighting in the trenches of World War I.

Oistrakh started playing the viola and violin when he was just five years old. As a close friend of Russian composer Sergie Prokofiev, Oistrakh played his own songs as well as those of Prokofiev while on tour.

Who Are Famous Electric Violin Players?

Classical violin isn’t the only kind of violin worth mentioning. There are some famous electric violin players you should check out, too, including:

The vast majority of famous violin players today (as well as those of the past) play the instrument right-handed. However, there are some left-handed violinists to know about, too.

Some to listen to include: 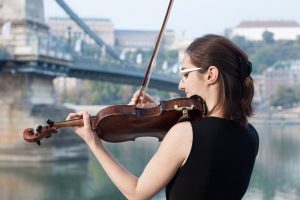 Some of the most famous modern violin players include:

If you’re ready to take your violin lessons to the next level, it’s time to start listening to some of the greats. These famous violin players are the best of the best – and they’re sure to inspire you to do your best, too. Check them out as soon as you can.

These are just a few of the many famous violin players you’ve got to know. If any of these violinists are particularly interesting to you, check out more of their recordings, or find other violinists who play in a similar style. If you’d like to learn to play violin like one of these great players, find a great violin teacher who can help get you there! 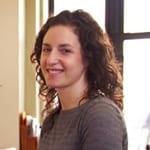