Do you catch your son or daughter making up songs during the day? Learn how to encourage your little one in this guest post from New York, New York teacher Natalie L...

Imagine if students were taught to read and speak but not write. What if they were taught literature and the alphabet, but never applied this knowledge to formulate original thoughts? As ludicrous as this seems, it is common practice in most music programs where students are instructed in reading, listening, and playing music but not in composing music.

However, composition can be taught to children.

Most young children are creative and musical by nature, which is evident in their love of nursery rhymes, sing-a-longs, musical toys, and vivid make-believe worlds. In addition, composition:

Want to help? As a parent, here are six things you can do to support your young composer:

1. Expose them to a lot of music
Providing children with a musical environment at home is very important, as they will most likely start to compose by mimicking the music they hear around them. Play the radio in the car, let them watch cartoons with music, sing children’s songs with them, take them to a musical now and then, and have some Mozart playing in the background while you’re cooking. They will absorb it all.

2. Introduce them to a musical instrument
Composing music is a lot easier when you have an instrument to compose on. The most common instrument for composition is piano, because you can play melody and accompaniment at the same time. Guitar is another popular option.

Playing an instrument also helps children learn musical theory and note-reading, which will ultimately make them better musicians and more confident composers. Even getting a small keyboard and letting them play around on it can be very helpful in encouraging musical exploration.

Ask them what sounds remind them of specific emotions and images. For example, holding down the pedal on the piano will have a “dreamy” effect, while playing staccato notes on very high keys might sounds like a little bird. Going down by half steps might be someone walking down the stairs.

Prokofiev’s Peter and the Wolf is a wonderful example of personifying music, so I would suggest listening to this piece together as a start.

4. Don’t censor them
When your child first sets out to write music, don’t worry about her being the next Mozart. The piece she writes might be completely non-sensical, with no clear structure or hook — and starting out that way is fine. Her first drawings were probably messy blobs, but you still proudly displayed them on the refrigerator. Think of early compositions in the same way.

You could record their piece on a CD and display it with the rest of your CD collection. Or they could draw a picture of their piece if it tells a story or make an abstract finger painting. And don’t forget to give it a title! This is one of the most fun parts for them and makes them feel the piece is real.

6. Consider private composition lessons
Once your child shows interest and aptitude for composing music, enrolling him in private composition lessons will help him grow. A teacher trained in music composition can give young composers direction, instruct them on harmony and form, get them to think more abstractly, encourage them, and help them find their unique musical voice. Middle school or even late elementary is not too young to start, depending on their own motivation and interest.

On a personal note, I began making up songs at age four, began piano lessons at age six, and was formally composing music by age nine. I was lucky enough to have a private piano teacher who encouraged me and never made me feel I was too young for composition. No one ever told me I couldn’t do it, so I assumed I could – and I did, eventually earning my Master’s in Music Composition.

Composition isn’t just for prodigies – it’s a form of artistic expression that every child is capable of doing. And who knows? With the right encouragement and guidance, they might surprise you. 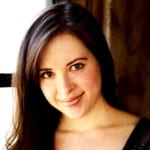 Natalie L. teaches singing, piano, songwriting, and more in New York, New York. She has a Master of Music in music theory and composition from New York University, a Bachelor of Music in musical theater from the Catholic University of America, and a certificate in vocal performance from the Peabody Prepratory. Learn more about Natalie here!