Japanese pronunciation can be difficult for beginners, but these tips from Ann Arbor, MI teacher Elaina R. can help you understand some of the basic rules.

My mother is Japanese, my father is American, and both of them are bilingual. As such, I grew up bilingual and became aware of accents at an early age. I could hear who had trouble with what, and as I started studying languages and diction, I began to understand why.

Whether or not you speak Japanese, there are some quick adjustments you can make to get rid of that distinct American accent.

Here’s how to learn Japanese pronunciation as an English speaker.

How Are Japanese Words Pronounced? 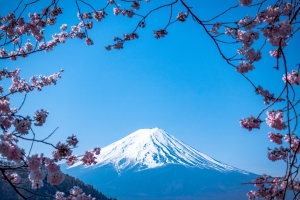 Here are some quick facts about Japanese word pronunciation:

Still confused? Hopefully, this Japanese pronunciation video can clear things up for you: 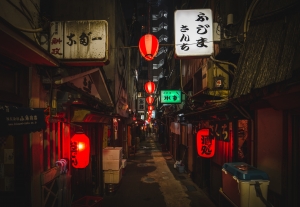 Ready to learn the proper Japanese pronunciation? This guide will help walk you through how to say basic Japanese phrases and pronunciation, even if you’re a beginner.

In English, consonants can be followed either by vowels (go) or by consonants (or). In Japanese, consonants are followed by vowels. That’s just the way the alphabet is constructed (there is one exception, the letter ん (n), but bear with me). For example, here are a few Japanese hiragana letters:

Each of these letters consists of two components: a consonant and a vowel. The individual letters are easy enough, but when they string together to form long words, English speakers often run into trouble. For example, どういたしまして (you’re welcome) is pronounced “douitashimashite”. It’s not bad once you get used to it; just think of each consonant as the first part of a two-part unit.

In English, we close our mouths to end many open vowels (for example, we pronounce I as “aaee”). This is called a diphthong, and it never happens in Japanese. To illustrate, let’s go back to どういたしまして(you’re welcome). The last letter is pronounced “te,” but most Americans say “tey” instead.

To eliminate diphthongs, practice saying vowels in front of the mirror. Your mouth should not change shape at all as you end the vowel. If it does, you’re probably forming a diphthong.

You may have noticed that Japanese people have a lot of trouble saying R and L in English, and often get the two letters mixed up. This is because these letters do not exist in Japanese. Instead, the Japanese R is much closer to our consonant D. You will find this consonant in the Japanese letters ら、り、る、れ、and ろ.

We form our R in English by putting our whole tongue near, but not touching, the roof of our mouth (say “grrrr;” you’ll see what I mean). The Japanese form their R by touching the tip of the tongue to part of the hard palate. To find this sweet spot, say “D” and feel where your tongue is; it should be touching the ridge right behind your two front teeth. This is where Japanese (and Italian and Spanish) R’s happen.

I speak Italian too, and I see a lot of parallels between Italian and Japanese. They both have pure vowels (no diphthongs), frontal R’s, and double consonants. In the Italian word tutto (everything), for instance, there is a big pause in between the U and the T. For the word anni (years), the N is held for a long time.

In Japanese, this happens with specific letters, including ん and small letters. The best way to remember this is with the word まって, (matte), which actually means wait. Notice that the つ(tsu) appears smaller than usual; that’s your cue that it is pronounced differently.

To create the pause, put your tongue where you would put it to say the “t” sound, then leave it there for a second before actually saying the rest of the word. If you want to hear what this sounds like, type 待って (with kanji instead of hiragana) into Google Translate.

A good example of this with ん is konnichiwa （こんにちは）, the Japanese word for hello. Practice holding the N (not the I after it or the O before it) to create the proper consonant. Your mouth will be closed as you do this.

Japanese is a largely unaccented, smooth and pleasant language. English has pretty strong accents, so English speakers often insert strong accents where there are none. I have a distinct memory of my father saying the Japanese word for monkey (猿 or saru) with a strong accent on the second syllable (“saRU!”). It sounded like a different language.

Konnichiwa （こんにちは）is a great example of this. It should not be pronounced with any strong accents, but when Americans say it, it usually sounds like “konIIIIchiwa.” Practice saying it with a smooth tone (and don’t forget the ん if you want to be really impressive).

How to Learn Japanese Pronunciation for Communication 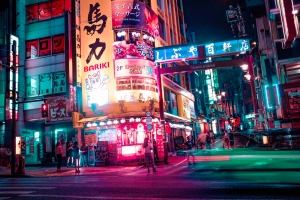 The beauty of this language is in its ease of pronunciation. Though it may seem challenging at first, Japanese phonetic pronunciation is actually quite simple. There are many shared traits with English and the rules are straightforward and rarely broken.

Here are a few ways you can master Japanese pronunciation.

Hiragana is the easiest system to master as a beginner looking to improve their Japanese pronunciation skills. The sound and pronunciation of Hiragana is always the same regardless of the character combinations or orders. All Hiragana also end with a vowel.

Once you get the hang of that, you can learn the basic sounds, which are represented by 46 Hiragana characters. There are 58 other variations of sounds you can learn after that, too.

2. Work On Your Vowels

Vowels are hugely important when you are learning Japanese pronunciation. Focus on these first – once you can pronounce your vowels, the rest should come more easily to you.

3. Use a Japanese Pronunciation Tool

You may want to consider using a voice recording tool to perfect your Japanese pronunciation. These not only show you how to pronounce individual words but also how to speak full dialogues and sentences. Record yourself and compare yourself with native speakers!

If you don’t want to get that high-tech, practicing in front of the mirror works, too. At the very least, this will give you an idea of the proper mouth and lip movements.

Listen to the Japanese language as often as possible. Learn how to read, write, and listen before you work on your speaking. That way you’ll have as much exposure to the correct pronunciation of these many words before you accidentally learn them incorrectly.

Record yourself speaking and talk with native speakers as often as you can. If that’s not an option, consume other Japanese learning materials, like CDs, YouTube videos, audiobooks, and more.

Of course, the best way to master Japanese pronunciation is to take lessons with a qualified instructor! 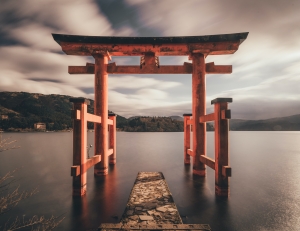 If you’re new to learning Japanese pronunciation, it’s common to make these mistakes. Recognizing them before you start learning the language is the best way to avoid making them!

Many English speakers have a tendency to shorten the double vowel. This can change the entire meaning of a word, so make sure you’re not doing this.

2. Not Pronouncing Vowels After the Consonants

Especially for words that are “imported,” or “foreign,” it is important to make sure you’re still pronouncing them the Japanese way. For example, the Japanese word “hamu”, which means “ham,” is not pronounced exactly the way you think it would be.

If you pronounce them the way they sound in English, a Japanese speaker isn’t likely to understand you.

Japanese is a mostly smooth, unaccented language. Make sure you aren’t over exaggerating syllables – the word should sound flat without any stressed or overly emphasized parts.

This is one of the most common Japanese pronunciation mistakes English speakers make.

In Japanese, the “R” sound is a lot more like what we would recognize as a “D” or even an “L.”

Don’t roll your tongue for the R and practice saying “L” or “D” instead of the R.

5. Not Pronouncing the Little Tsu Correctly

The small tsu represents that the following consonant is a double consonant, and as a beginner, it’s common to mistakenly fail to pronounce this correctly. Make sure you know proper spelling and pronunciation for these words so you don’t make that mistake!

Is Japanese Hard to Pronounce? 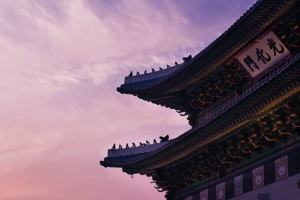 You will likely find that, with some exposure to the language and some practice, learning Japanese pronunciation is far easier than English.

The Japanese language only has five vowels, all of which are celearly pronounced and each only represents one sound. The constants should be familiar to you, too – but there are only 14 of them in Japanese. Another benefit!

がんばって (Don’t Give Up)

Learning Japanese pronunciation in English can feel daunting, but mastering these tips will do more than improve your Japanese. It will expand your horizons and help you speak other languages, should you ever feel the urge. Keep practicing, find a tutor or teacher, and listen as your accent fades away.

Elaina R. teaches singing in Ann Arbor, MI. She is acquainted with many languages and speaks English, Japanese, Italian, and German. As a singer, she pays particular attention to pronunciation. She earned a Bachelor of Music from the University of Southern California, and she is currently working on her Master of Music from the University of Michigan. Learn more about Elaina here!