It sure seems that show business favors the young, doesn’t it? When you hear of starry-eyed talents venturing off to Hollywood or New York City, they never seem to be a day over twenty one!

Yet, if you watch any movie, television show, or play, not everyone is a fresh-faced young adult. Although the laments of some older actors would lead you to believe that’s the case. There are many, many reasons why it is certainly NOT too late for you to learn acting if you feel you’ve caught “the bug”.

Yes, There ARE Roles for Older Actors 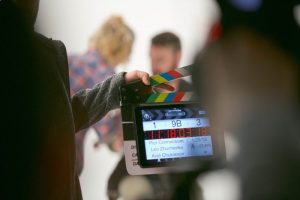 No, not every single show revolves around a thirty year old actor or under. Yes, there are leading roles for grown ups. And not only are there leading roles, there are supporting roles. After all, someone has to play parents, grandparents, aunts, uncles, and neighbors…to name just a few character types!

Now, think of some of your favorite shows. A good portion of them include older “character” actors.  There’s Aunt Eller in “Oklahoma!”.  Fagin in “Oliver!”.  Daddy Warbucks and Miss Hannigan  in “Annie”.  The musical “Follies” by Stephen Sondheim  is cast entirely sixties and up, believe it or not. Big shows like “Les Miserables” and “Phantom of the Opera” have several smaller roles for actors of all ages, including the very large ensembles, which are supposed to represent all types. There are options.

What about straight plays? You may find even more opportunities there, in both comedy and drama. Shakespearean works have endless roles for older actors. There are even “one-man” and “one-woman” shows that tend to be biographical in nature about legendary people, such as Mark Twain, which should most certainly be played by a more mature actor.

So although you should probably sit out auditions for shows like “Rent” or “Mean Girls”, there are still so many wonderful shows you’d be great for if you’re an older actor. In fact, there are roles that young actors look forward to playing as they grow into the parts.

Acting is not just for the sake of performing.  Acting will also allow you to become more comfortable in your own skin, and become more expressive and well-spoken. In short, acting builds confidence, and this is certainly something that benefits everyone, from the very young to the very old.

Maybe you’re the type that says you’d like to LEARN acting and maybe do some classes and scene study, but you’re not so sure about performing. That’s great! You don’t have to necessarily be a performer to be an actor.

There are class options for the older actor if you seek them out. In fact, I once knew a stage director who had weekend classes specifically for retirees at the senior center, and he told me it was the most fun group of people he ever worked with (true story!).

Joining an improv group may be another good idea, if you have been told you should pursue comedy.  Improv and acting classes tend to be available to everyone who is interested, so it’s an ideal way to get your feet wet and build confidence amongst a supportive group.

Acting is Good For You! 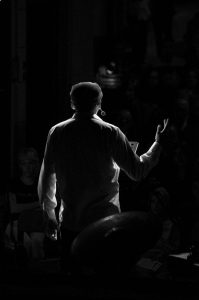 Not only will you build confidence, even as an older actor, but acting is another way to bust boredom. If you’ve spent a good portion of your life in school, then working and raising a family, etc….now is the time to do something for you. Plus, actors with more life experience under their belts tend to be more believable. “Naturals”, if you will!


Not everyone wants to pursue the same hobbies as they grow, and would rather keep it interesting and active. If so, acting as an older adult is perfect for you. You’ll discover new skills, research works and playwrights you may never heard of, not to mention meet all sorts of fascinating new people. Acting is absolutely for you, and don’t let your birth year make you think otherwise. Rather, acting can keep you young. Just look at Betty White – she has said many times she is not giving this up!


I hope that this article has convinced you to give acting a try, especially if you’ve ever told yourself you may be too old to learn acting. Nonsense! In the performing arts, there really are no rules.

The best way to get started: try some acting lessons! The right acting instructor will help you find monologues that suit your personality, and there are plenty out there for older actors. Your acting instructor can also help you strengthen basic acting skills, like diction, projection, character analysis, memorization, and so much more.

You’ve waited long enough to give acting a try. Now is your time to shine!