Famous Japanese quotes, sayings, and idioms are fun for beginners to learn and practice. You’re probably already familiar with the many idioms in English, such as “Don’t count your chickens before they hatch” and “Don’t put all your eggs in one basket.”

Using such phrases in everyday conversation will help you sound like a native Japanese speaker, but you have to be sure you’re using them in the right context and setting. Here, we’ll share 10 famous Japanese quotes and the meanings behind them to get you started.

Translation: A frog in a well never knows the vast ocean 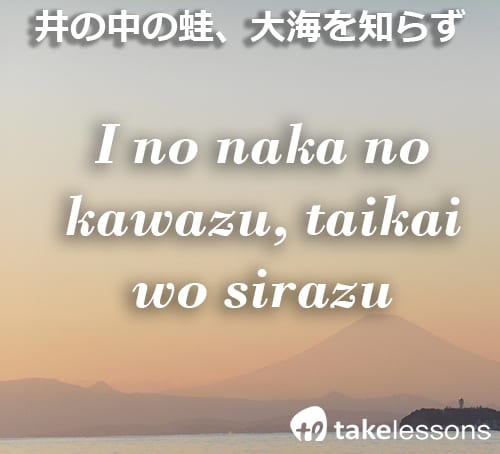 This famous Japanese quote is based on a short tale about a frog: There was a frog who was born in a well. The frog was very proud of the fact that he was the biggest creature in the well.

As a result, the frog believed he was invincible, and one day, he made up his mind to leave the well. Eventually, he ended up in the ocean and realized, in the grand scheme of things, he is much smaller than he thought.

Like other Japanese idioms, this is a reminder that there are many other things beyond the world you live in, so don’t think you’re the biggest or the best in the world. 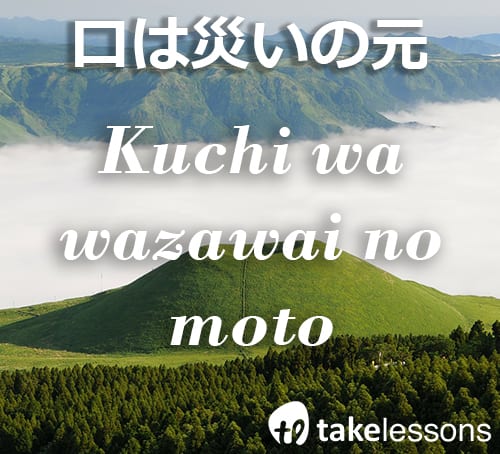 Both of these Japanese sayings mean essentially the same thing: sometimes, it’s better to be silent. Think of the English saying, “silence is golden.” 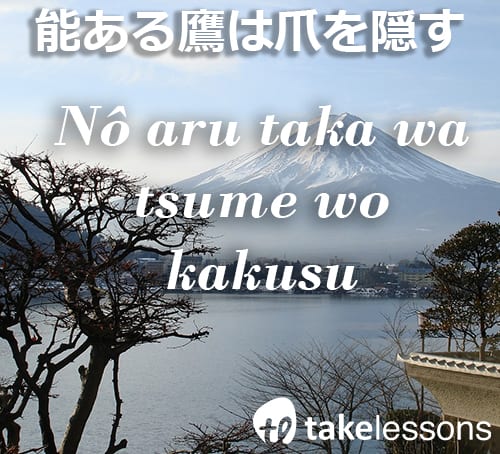 A hawk who is a skilled hunter, hides his talons from his prey. This is one of the many Japanese quotes that serve as a reminder to stay humble; talented people don’t need to show off.

Translation: Even a monkey can fall from a tree 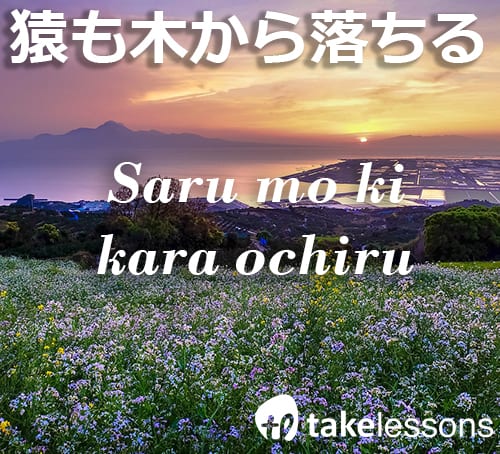 Another similar Japanese saying is, “kappa no kawa nagare,”  河童の川流れ. This translates to: even a kappa can drown.

Monkeys are great at climbing trees and kappas are skilled swimmers, but monkeys can fall and kappas can drown. Essentially, nobody is perfect; even a virtuoso can make a mistake.

Translation: A pearl to a pig 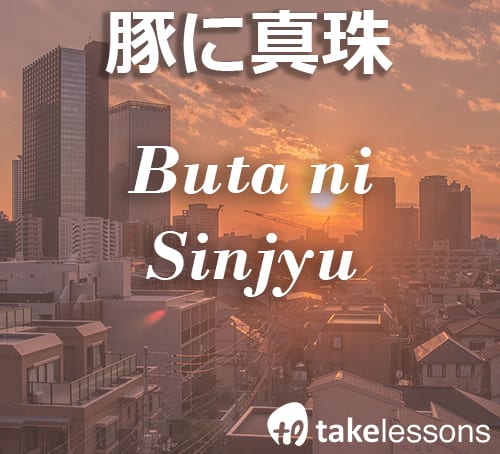 Another way to say this is “neko ni koban,” 猫に小判. This means, “a koban to a cat.” A koban is a golden coin that was used hundreds of years ago in Japan.

Both Japanese idioms mean that it’s worthless to give a gift or something valuable to someone who doesn’t appreciate the gift.

These Japanese sayings can also be used to describe someone who owns or wears things that don’t really suit them.

Translation: A Samurai pretends, even when he is starved, by holding a toothpick between his teeth 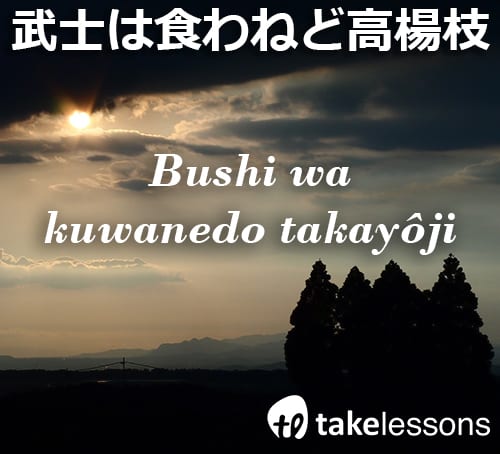 The meaning of this Japanese quote is simple: don’t let others see your pain.

The message is positive, but this expression is also used to describe someone who is too proud to give up.

RELATED: Learn How to Count 1-10 in Japanese

Translation: A man who chases two rabbits, doesn’t deserve one 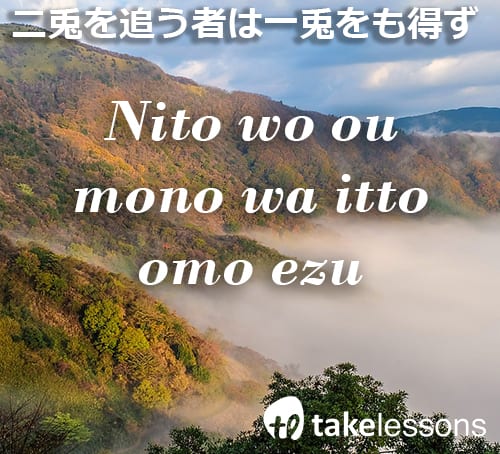 This Japanese idiom expresses the belief that in order to be successful, you should focus on one thing at a time. Also, don’t be greedy. 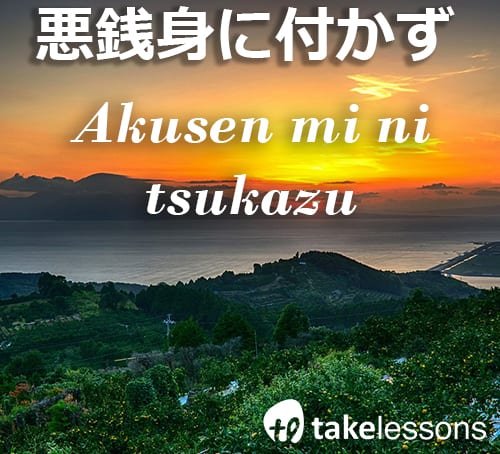 Many Japanese quotes are similar to proverbs. This one says that if you make money by cheating, or as a result of a bad deed, you will lose it.

Translation: When you join another village, follow the rules 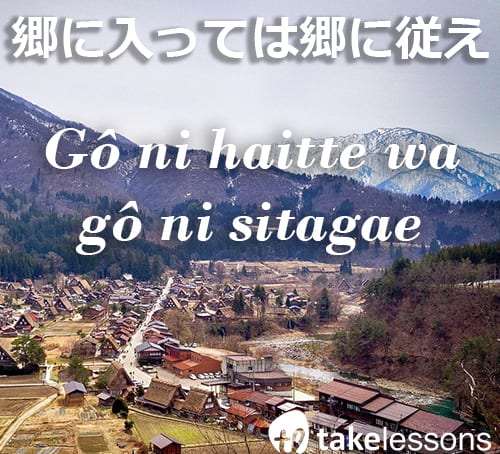 A similar phrase but in English would be: “When in Rome, do as the Romans do.” This Japanese quote is a good reminder to be respectful to others.

Translation: To lose means to win 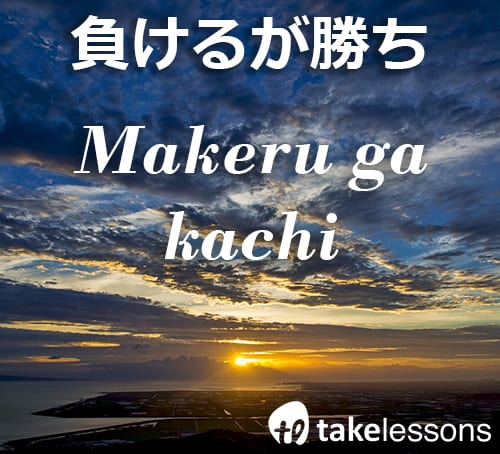 This is one of the hardest of all Japanese sayings for Westerners to understand, but its meaning is quite simple: don’t compete over foolish matters.

Translation: You get what you deserve 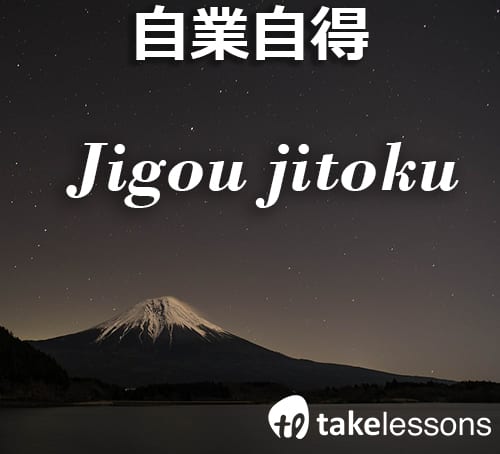 Westerners have a similar saying to this Japanese idiom as well: you reap what you sow. Ultimately, what you get in life depends on what you do, so behave responsibly.

This expression is similar to the English saying, “kill two birds with one stone.” It essentially means unexpected luck.

Now you know 10 famous Japanese quotes and sayings to use in everyday conversation. Perhaps you feel a little wiser, or at least more enlightened!

Do you know any other famous Japanese idioms? Share them in the comments below!