Want to know the best way to learn the Japanese alphabet? You’ve come to the right place! Here, you’ll find some of the most effective tips and tricks to help you master the fundamentals of the Japanese letters.

In the United States, we learn our “ABCs.” But in Japan, children learn their あいうえおs. Even though letters in Japanese can seem difficult to read and write, learning the basic Japanese alphabet isn’t as hard as you think!

What is the Easiest Japanese Alphabet to Learn? 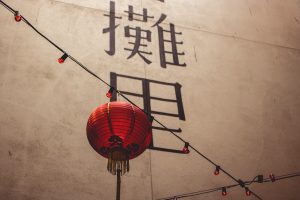 There are several Japanese alphabets to learn, including Hiragana, Kanji, and Katakana. Of these, Hiragana is the best for beginners. It is the most basic of the three sets of the alphabet and it is the foundation of the written Japanese language.

How do Japanese kids learn their alphabet? For the most part, it is Hiragana. If you are a beginner or very young, this is much easier than Katakana or Kanji.

Here are a few other tips to help you learn the Japanese alphabet easy:

Of course, one of the best ways to learn is by taking lessons with a Japanese instructor. They’ll walk you through everything you need to know about the Hiragana alphabet.

Watching instructional videos can help, too. Below is a video with more details to help you get started with learning the Japanese alphabet. 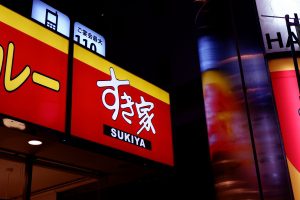 Ready to get some tips on how to learn the alphabet in Japanese? There are no two learning systems that work best for everyone, but understanding the ins and outs of the Japanese language from the start is probably the best way to learn the Japanese alphabet for beginners.

Here’s what you need to know.

First, written Japanese has two components: kana and kanji. Kana is easier to learn, while kanji consists of thousands of characters derived from the Chinese writing system. For now, we will focus on kana.

There are three separate alphabets in Japan. Why? It has to do with history.

Both katakana and hiragana are native to Japan while kanji was inherited from Chinese hanzi. Each set of characters has its own function, though, and each alphabet can be used for different reasons.

Hiragana and katakana are the two types of kana regularly used in Japanese, just like print and cursive in English. The chart below shows all of the characters (the hiragana is the first character, and the katakana is the second).

Why are there two Japanese alphabets? Simple: they have different uses. Hiragana is the default alphabet used to write word endings, particles, and other grammatical elements. Katakana is mainly used to write foreign-derived words (like “kindergarten” and “baguette” in English).

Hiragana is the main alphabet set for Japanese. It has five vowels:

Each character ends with a vowel, except for (n).

The rest of the kana have corresponding consonants. To read them, just add the consonant to the top of the vowel. The consonant always comes first and the vowel second, for example, the k+a=ka (かカ). The only exception to this is the consonant “n” which, as you can see, has its own box and does not end with a vowel.

There is only one rule that English speakers need to remember about Japanese kana vowels: no diphthongs, or sound changes within a syllable. English speakers tend to close their mouths as they end vowel sounds. This doesn’t happen in Japanese, so make sure to keep your mouth open as you end your kana.

You may have noticed that the “t” and “r” in the kana chart have asterisks next to them. This is because they are a little different than the “t” and “r” you are used to as an English speaker.

To pronounce the Japanese “t,” the tongue is farther back (right behind the front teeth) and no air is released. The effect is close to a “d.” You’ll hear this type of “t” in romance languages like Italian, Spanish, and French.

The Japanese “r” is much closer to the flipped “r” in Italian and Spanish. It involves touching your tongue briefly to the ridge behind your front top teeth. Learn more about Japanese pronunciation here.

How Many Letters Are in the Japanese Alphabet?

There are 46 basic characters in the alphabet and additional sounds and characters that can be created with the basic 46. Each forms one syllable made of the 21 romaji, which are phonetic and read the same way.

Because of this, reading Japanese first is a great way to learn how to pronounce spoken Japanese – as you can expect, this is totally different from learning English with its tricky pronunciation!

How Long Does it Take to Learn the Japanese Alphabet? 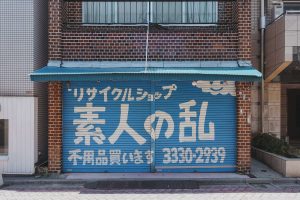 If you’re curious about how to learn the Japanese alphabet fast, the good news is that, with practice and commitment, this is not something that takes very long to do at all.

In general, most people can learn the alphabet’s phonology in about two weeks. Hiragana, again, is the fastest Japanese alphabet to learn.

Consider this as you are setting your learning goals and creating a plan of study!

How Do I Memorize the Japanese Alphabet? 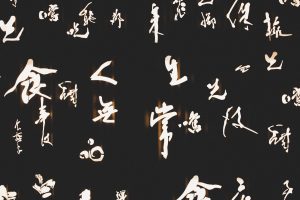 The best way to learn the Japanese alphabet is to practice as often as possible. Of course, rote memorization never hurts, either.

Now that you know the difference between hiragana and katakana, here are some tips so you can learn the Japanese alphabet in order.

Now you’re ready to start spelling out all that Japanese vocabulary you’re learning. Remember, the best way to learn Japanese is with a teacher, but if you take the time to write out these characters and use flashcards to practice, you can learn the Japanese alphabet.

Keep practicing, stick with it, and have fun!

2 thoughts on “The Best Way to Learn the Japanese Alphabet”